An Ancient History Of Doping At The Olympics 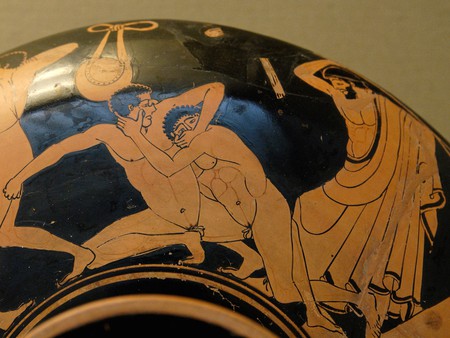 Doping at the Olympics is not a new phenomenon. Regardless of the point in history, if there has been competition then there have been those willing to break the rules to succeed. As sport has evolved, so have the substances taken to aid in performance.

Tommy Simpson, a British cyclist and Olympian, died during the 1967 Tour de France after consuming excessive amounts of amphetamines and brandy to combat the effects of an illness. Allegedly his motto was “If it takes 10 to kill you, take nine and win.” It’s an attitude many have shared before and since.

Seven years before Simpson, Kurt Jensen (another cyclist) became the first recorded death at the modern Olympics, after collapsing from an amphetamine overdose at the 1960 Rome games. In ancient Greece, however, doping was understandably achieved through more primitive means.

During the original Olympiads, money, olive wreaths and glory were enticing enough for athletes to dope. Even in 700 BC there was an awareness that heightened testosterone would increase performance. With no syringes or hormones in injectable liquid form, it was left to the athletes to gorge on animal hearts and testicles in search of potency.

Aretaeus of Cappadocia, a 1st century ancient Greek physician, once opined on the purportedly salubrious effects of such ingestion:

“For it is the semen, when possessed of vitality, which makes us to be men, hot, well braced in limbs, well voiced, spirited, strong to think and act. … But if any man be continent in the emission of semen, he is bold, daring, and strong as wild beasts as is proved from such of the athlete as are continent. … Vital semen, then, contributes to health, strength, courage, and generation.” 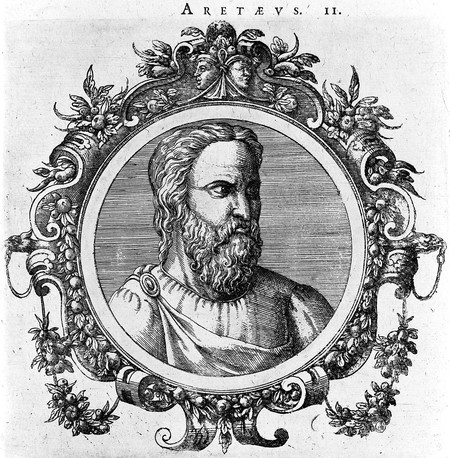 Failing that, there was an array of fungi, herbal medications and potions – often hallucinogenic or poisonous – that were taken in an attempt to gain the upper hand.

Athletes competing at the games didn’t need to look far for assistance. Cooks and doctors were often willing to offer their expertise when it came to supplements. Bread would be prepared with opium from poppies inside, while long-distance athletes were given extracts of horsetail plants for increased muscle mass and strength.

Galen, another prominent ancient Greek physician, is said to have prescribed “the rear hooves of an Abyssinian ass, ground up, boiled in oil, and flavored with rose hips and rose petals” for a performance-enhancing tonic.

Some methods for marginal gains seem less extreme, even sensible, such as athletes given honey for a carbohydrate and glucose boost. And just as every modern doping program needs organized secrecy, ancient Greece’s very own honor code came in the form of the judges and priests who ensured relevant materials and information were kept well hidden. 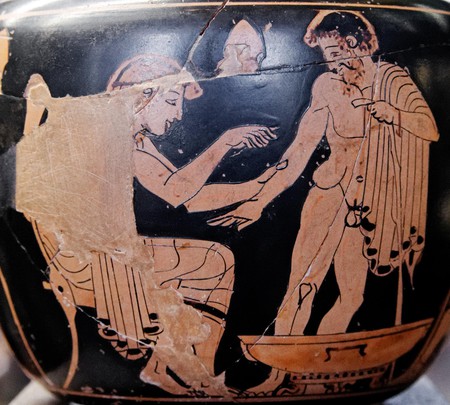 An ancient Greek receives attention from a doctor. | ©wikipedia

By the time the Olympics were modernized some 2,000 years later, questionable beverages were still very much a part of the doping athlete’s preparation, with teams and coaches developing their own recipes for their athletes in the build-up to competition. In 1904, at the St. Louis games, marathon runner Thomas Hicks narrowly avoided death after downing a mixture of brandy and the stimulant strychnine. The drug – fatal in high doses – was common among dopers, as was cocaine, caffeine and heroin, before they became available only by prescription.

In 1928, 32 years after the first modern Olympiad, the International Association of Athletics Federation (IAAF) recognized the ensuing problems and became the first international sporting federation to prohibit doping by athletes. However, the methods of doping were ever-increasing in terms of their sophistication.

By the time Adolf Hitler hosted the Berlin Olympics in 1936 the Nazi party were testing anabolic steroids on prisoners, helping move primitive doping into the modern age, and leaving potions and undesirable organs far behind.