A Walk Around Thessaloniki, Greece in 20 Perfect Instagrams 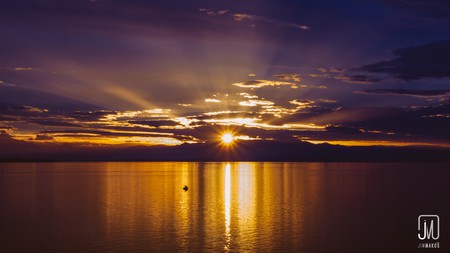 Sprawling along the coastline facing the Thermaic Gulf, Greece’s second city is filled with historical landmarks and boasts a booming food scene. The gateway to northern Greece, the laid-back Thessaloniki is the perfect destination for a city break. Discover it through this series of Instagram shots depicting its beauty.

A city bordering the Thermaic Gulf, Thessaloniki has a waterfront promenade where stands the iconic White Tower. In its interior, the city is dotted with ancient monuments, a plethora of Byzantine churches, and picturesque buildings testament to its rich history.

This is also the birthplace of the bougatsa, a delicious pastry filled with a creamy custard and garnished with powdered sugar and cinammon. This pastry is one of the numerous heritage of Asia Minor brought to Greece by refugees in the 1920s. Of course, today you can find bougatsa virtually anywhere in Greece, but if you are visiting Thessaloniki and want to try it, Bantis is one of the few bougatsa shops that still makes it the traditional way.

Thessaloniki counts many landmarks that are vestiges of its past. One of the most recognizable of them is the White Tower, built in the 15th century. It has lived many lives, serving as a fortification, a garrison, as well as a prison and execution center under the Ottoman rule. Today, you can visit it and climb to its top, allowing you to see the city from above.

The Rotunda of Galerius, also known as the Church of Agios Georgios, or simply the Rotunda, is another landmark in the city center. Built in the early 4th century, it was part of a complex which included the Arch of Galerius or Kamara, less than 500 feet (150m) away, which was connected to the emperor Galerius’ palace. Today, the arch is a popular meeting point.

The Rotunda was built in 4th century A.D, and has lived many lives. It was originally intended to be a mausoleum, became a pagan temple, then a Christian basilica under Constantine, then a Muslim mosque under the Ottomans (a minaret was added and still remains), and is now a Christian Greek Orthodox church. It is one of the oldest (if not the oldest) churches in the world.

Navarino Square is also another meeting hub, mostly for students of the nearby university campus. There you can admire the ruins of the Galarius Palace as you sit in the middle of the square.

Aristotelous Square is the city’s central square. Located in the heart of the city, it features impressive buildings and offers a view of the gulf. On days when the sky is clear, you can see mount Olympus, the home of the gods, in the distance.

Tsimiski Street is one of Thessaloniki’s main thoroughfares, lined with shops, cafés and restaurants.

Of the many museums in Thessaloniki, the Museum of Byzantine Culture takes visitors into the heart of this forgotten page of history. There, you will find icons, sculptures, frescoes, as well as mosaics dating from the Byzantine period.

Agia Sofia church is the Metropolitan Church of the city. Built in the 7th century, it still features some murals and 11th century frescoes and mosaics.

For nightlife, one popular destination is Ladadika. A historic district near Aristotelous Square and the port, Ladadika, which used to be the central maket and bazaar of the city, has undergone a major facelift in recent years. Today, many of its buildings have been renovated and converted into bars and restaurants.

Appointed European Capital of Culture in 1997, Thessaloniki has seen many improvements and transformations. One of them is the conversion of the port into an urban cultural park. Now home to the Museum of Photography and the Cinema Museum, where the Thessaloniki Film Festival is held every year, the port is a lively area where locals enjoy meeting to relax and catch up, while contemplating their city.

On the north of Thessaloniki lies the only area of the city that survived the big fire of 1917, Ano Poli, or the Upper Town. This is where you can experience what Thessaloniki looked like in the beginning of the last century.

Few days ago the beautiful sunset through the old buildings ☀️🌅

Home to the Trigonion Tower, Ano Poli is a quaint district filled with little tavernas and cute cafés where you can relax. If you can, visit in the afternoon to catch the sunset. The view is simply magical.

•Life is not measured by the breaths you take, but by its breathtaking moments…^~ collect moments not things!• #summer2017 #Thessaloniki #nofilterneeded #feelingalive #breathtaking #cityview #sunset 💭✈️〰🌸🍃

Of course a visit of Thessaloniki is nothing without a stroll along the waterfront. Divided into an old part (from the port to the White Tower) and a newer one, this is central to local public life. Have a walk there and you will quickly see why locals are proud of it.

At some point during your walk, you will spot the statue of Alexander the Great, ruler of the ancient kingdom of Macedon, whose empire stretched all the way to Central Asia. He was born in Pella, close to Thessaloniki.

The waterfront is also home to the “Umbrellas,” a work of art by the Greek sculptor Giorgios Zoggolopoulos.

The structure is illuminated at night, allowing for breathtaking shots. Isn’t it beautiful?

And if you need another reason to visit this beautiful city, here is our last Instagram photo. We hope it makes you want to see it for yourself.