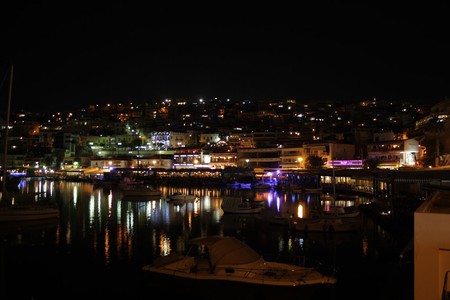 Built on a hill, Kastella (also spelled Castella) is undeniably the most picturesque district in Piraeus. This hilly neighborhood, covered in neoclassical mansions, is conveniently located near the quaint harbor of Mikrolimano, known for its many little fish tavernas. Let us take you on a walk through this beautiful area, which surely deserves to be discovered.

If you find yourself stuck in Piraeus while waiting to catch a boat to the islands, why not take the opportunity to explore the jewel of the city, Kastella, which means little fort.

Previously known in ancient times as Mounichia, Kastella has earned its modern name thanks to its military history, as the hill was home to a base for General Georgios Karaiskakis during the War of Independence of 1821. Its narrow roads, beautiful neoclassical houses, both inhabited and abandoned, and its old-time flair makes it a perfect hideaway from the hustle and bustle of Piraeus.

Make your way up the hill from the waterfront of Mikrolimano and meander through the narrow uphill streets of Kastella.

The chances are that you will stop at every corner of the street, captivated by the architectural gems, forgotten mansions, and rustic doors (are you familiar with the #ihavethisthingwithdoors hashtag?) you will encounter along the way.

As you make your way to the top of the hill, you will come across the open-air Veakeio Theatre, named after Greek actor Emilios Veakis, a native of Piraeus. Constructed according to ancient theaters, the Veakeio can accommodate up to 2,000 people and still hosts performances, concerts, and plays during the summer and early fall.

Don’t stop your climb there though; your efforts will be rewarded once you reach the church of Profitis Ilias (Prophet Elijah), which gave Kastella the nickname of Profitis Ilias Hill. The church, a modern Byzantine-style Orthodox temple, is a sought-after wedding ceremony venue, as the views over the Saronic Gulf and Piraeus are simply breathtaking.

The old waterworks of Athens lies to the west of the hill, while on the southern side, you will get to spot the Cave of Arethusa and the Syrangion, also called the “Cave of Paraskevas.” End your exploration in Mikrolimano, where you will find fish tavernas, cool cafés, and bars. Find a good table, order your favorite drink and seafood dish, and make sure to enjoy the sunset.

To be honest, we cannot think of a better way to end an afternoon of wandering.