A History Of Ouzo, Greece's National Drink, In 1 Minute

Ouzo on the beach |© Börkur Sigurbjörnsson/Flickr

No trip to Greece (or Cyprus) is complete without trying ouzo, the local anise-infused alcohol – a strong spirit that Greeks enjoy cold, accompanied by a platter of mezes or on its own. To discover how is it made and where it comes from, read on.

Ouzo is an ice-cold, cloudy alcohol consumed by people of all ages, often while sitting at a small table at a mezepoleio or a kafenio. Enjoying this drink is a cultural ritual in Greece – it is an art de vivre. There are many dos and don’ts when it comes to drinking this beverage – for example, do not put it in the fridge but rather with one or two ice cubes in a small glass, do not drink it on an empty stomach, etc. However, don’t let these ‘rules’ deter you from partaking in this cultural aspect of Greece, unless you hate licorice; in that case, try it if you must, but you’ve been warned. 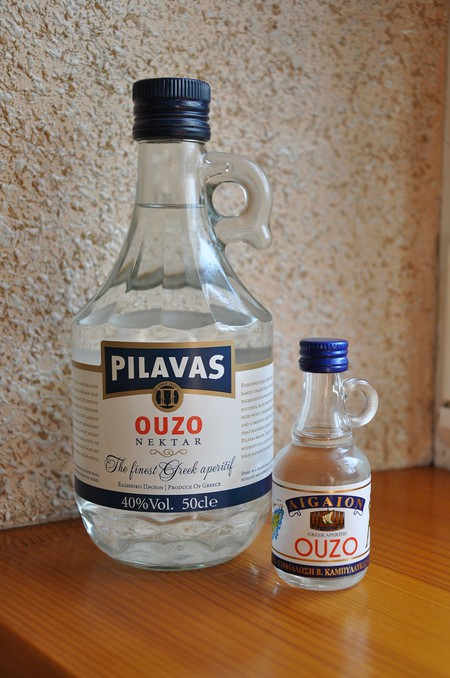 The origins of its name are not entirely clear, with three possibilities. It either comes from the ancient Greek word ózó (smell) because of its distinctive aroma; from the Turkish word ūzūm (grape), as it is primarily a base spirit made from grapes; or the Italian phrase ‘uso Massalia,’ which means ‘for use in Marseille,’ referring to the stamp once put on the bottles of high-quality ouzo.

Some say that ouzo’s predecessor is tsipouro, the Greek grappa, with one difference: after distillation, the base spirit for ouzo has a higher percentage of alcohol and is then flavored with anise, just like pastis or absinthe. The history of the drink is also surprisingly short: in 1856, the first ouzo distillery, which is still in operation today, was opened by Nicolas Katsaros. In 2006, the government ruled that ouzo could only be made in Greece, with the alcohol receiving an EU-approved label of Protected Designation of Origin.

Now onto the art of drinking ouzo: you must add water to it, which will turn the drink into a milky-white color. That effect, called louching, or the ouzo effect, is very characteristic of anise-flavored spirits, just like pastis. Though it is referred to as an aperitif, or a pre-dinner cocktail, ouzo is simply a drink that Greeks enjoy consuming in the late afternoon or early evening. Because it is infused with strong flavors, such as cloves, coriander or fennel, it is recommended to drink it sip by sip, with a bit of food, such as mezes (or more correctly, mezedes), the small portions of food in the style of tapas. Once you’ve tried it, it is possible that ouzo will quickly become a part of your diet. And like the Greeks say, Stin yia sas (Cheers)! 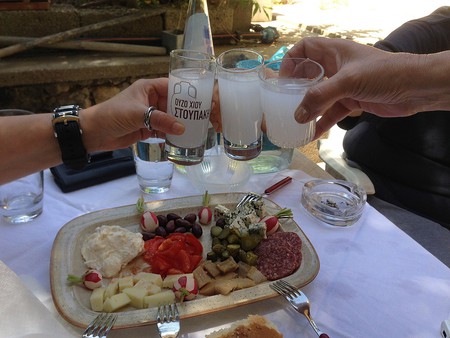 Drinks With Friends, Chios | @ Nanto/PixaBay
Give us feedback