A Guide to Sailing in the Ionian Islands, Greece 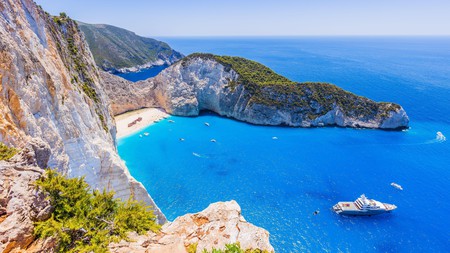 Situated off western mainland Greece, the Ionian Islands count among the world’s most desirable sailing destinations. Corfu, Kefalonia, Lefkada, Zakynthos, Ithaca and Paxos are the region’s six main islands, yet there are dozens of islets and sheltered anchorages to tempt contemporary Crusoes. Venetian architecture, thick pine and cypress forests, shingle beaches, tranquil turquoise seas and rare fauna like the caretta-caretta sea turtle (or loggerhead) make this archipelago one of a kind.

Explore the best of the Ionian Islands by hiring a boat through Dream Yacht Charter, or rent a vessel just for the day with SamBoat – no experience necessary.

In Corfu’s Old Town, start with coffee at Liston Arcade, then scale the city’s two forts for panoramic views before strolling through the Campiello neighbourhood and passing by the Palace of St Michael and St George, Ionian Parliament and Maitland Rotunda.

Skorpios, the lush private-island playground – where flamboyant shipping tycoon Aristotle Onassis wed Jackie O – is located just southeast of Nydri in Lefkada. While you can’t step foot there, you can drop anchor at a bay on its southwest coast and take a dip at the former First Lady’s preferred swimming spot.

On Kefalonia’s northeastern coast, you’ll find the exquisite town of Fiscardo, where pastel-coloured neoclassical homes draped with hot pink bougainvillea huddle around its small harbour. Anchor off the eastern shore.

Ithaca’s capital, the listed settlement of Vathi, is particularly atmospheric at night. The first thing you’ll notice upon arrival is a statue of adventure-chasing Odysseus, who hailed from the island. 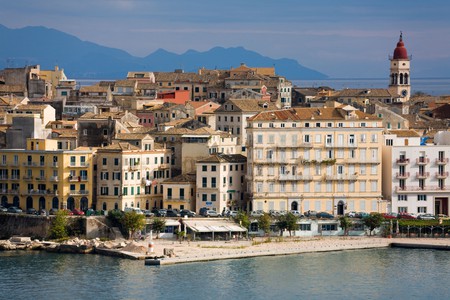 Drop anchor in the calm, crystalline waters of Agios Emilianos beach, which lies on the east coast of tiny Kastos island.

On the northwest coast of Antipaxos island, paradise-like Rodovani Bay is quieter than popular Voutoumi. 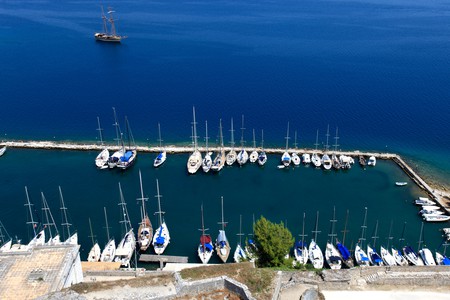 Inhabitants of the Ionians have a profound respect for the fruits of the earth and culinary traditions passed down through the centuries. Expect full-bodied, feel-good rustic fare that you’re unlikely to forget.

One of the best places to sample hearty, home-style Kefalonian meat pie is at no-frills taverna Tzivras in Kefalonia’s capital Argostoli. 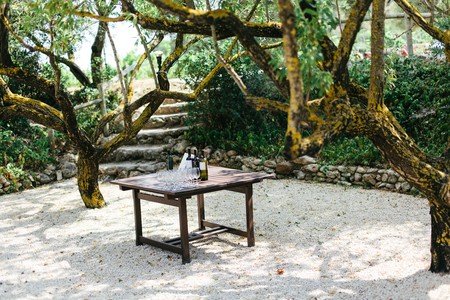 Set off from Corfu’s Gouvia marina or Lefkas marina, where Dream Yacht Charter and SamBoat have a wide choice of sailing yachts and catamarans available for bareboat or skippered charter. To skipper a sailing yacht in Greece, a sailing licence, certificate from a recognised sailing association or an International Certificate of Competence is required. 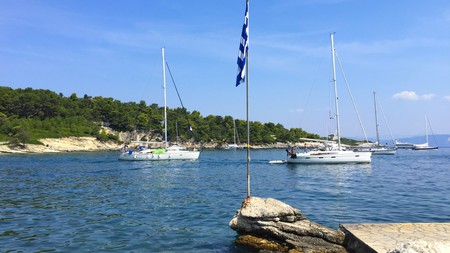 Paxos is a sailing hotspot of the Ionian | © Dream Yacht Charter

Corfu’s Gouvia marina has an AB Vasilopoulos supermarket a 10-minute walk away and delivery to the dock can be arranged. If departing from Lefkas marina, shop at Sklavenitis or Mymarket supermarkets, both within 15 minutes on foot. Look for farmers’ markets or grocers for fresh fish, fruit and vegetables, and butchers for meat in towns and villages.

International Ionian Sailing Week, organised by the Corfu Sailing Club and Patras Sailing Club, takes place in early August and involves a mix of offshore, coastal and inshore races. Departing from Corfu or Patras, the annual sailing race is open to all cruisers and calls in at three to four islands and mainland destinations.

The Ionian sailing season spans April to October with warm, sunny weather, gentle winds and temperatures ranging from 20 to 30C (68 to 86F). In spring and autumn, showers are possible and evenings are fairly cool. Newbie sailors can build confidence by harnessing summer afternoon northwesterly winds of between Force 2 and 5. September sees fewer holidaymakers on the water and more room in marinas and anchorages, but also the occasional thunderstorm, which passes quickly. 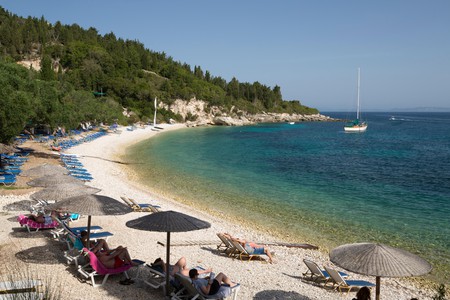 Corfu has excellent connections with direct flights to its international airport from numerous European cities. Gouvia marina is a 10-minute taxi ride from the airport. To reach Lefkas, fly directly to Aktion International Airport in Preveza and take a bus or taxi to the marina. Alternatively, fly to Athens International Airport and take a connecting flight to Corfu or inter-city coach to Lefkas.