Greece’s well-kept secret for a weekend break or relaxing vacation is situated in the southwest of the Saronic Gulf, opposite the Peloponnese. Poros is comprised of two islands, Sphairia and Kalavria, of which the former is a volcanic rock and the latter planted with pine trees. Poros is easily accessible from Piraeus (Ferries depart from GateE8 in Piraeus) and from Peloponnese (Galatas). Although a small island, its history, sights, and beaches compensate all visitors. 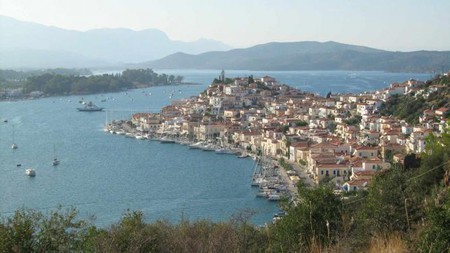 “On the birthday of Aphrodite, there was a feast of the gods, at which the god Poros or Plenty, who is the son of Metis or Discretion, was one of the guests. When the feast was over, Penia or Poverty, as the manner is on such occasions, came about the doors to beg. Now Plenty who was the worse for nectar (there was no wine in those days), went into the garden of Zeus and fell into a heavy sleep, and Poverty considering her own straitened circumstances, plotted to have a child by him, and accordingly she lay down at his side and conceived Love” Plato, Symposium, 178. 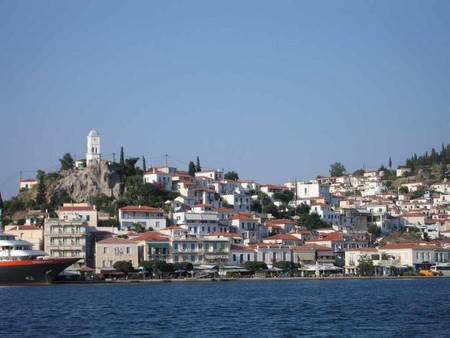 The first thing to see when entering the port and landmark of the island is the clock tower, built in 1927 on the highest top of the hill. Totally worth climbing as the view is breathtaking to watch, especially during sunset. 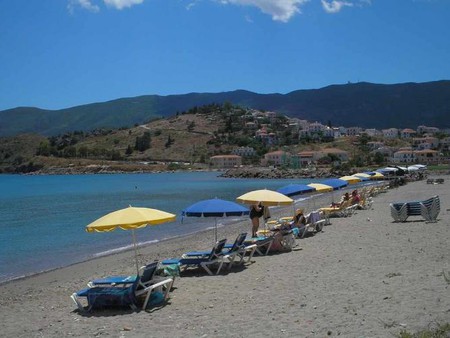 All the beaches of Poros are accessible by bus, car, bike or by foot, and offer beach chairs, umbrellas, and canteens.

The sandy beach of Kanali is located after the small bridge that connects Sphairia and Kalavria, just 5 minutes from the center of the town.

Askeli is the largest and most popular beach of the island. Only 3 km away from the port, visitors can find many restaurants, café-bars, and supermarkets as well as a water-ski school.

The relaxing beach of Monastiri is located to the east side of the island 6 km away from the port under the hill that lies the Monastiri. Access by boat, taxi or bus.

At the romantic cove of Love Bay, you can actually swim under the lush pine trees. The beach is reachable by bus or taxi.

The picturesque Russian Bay, 1 km away from Love Bay, is classified as a historical monument, because of its great architectural and historical interest. Right opposite the bay is the small heart-shaped islet of Daskalio, or Eros Island, most popular for weddings and baptisms. 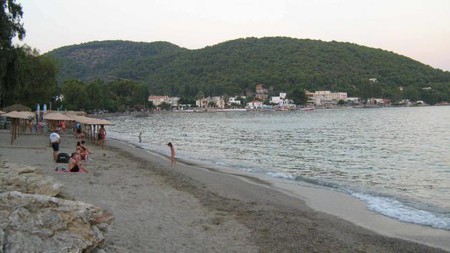 The Monastery of Poros

The old historical Holy Monastery of Zoodochos Pege of Poros is located 4 km east of the main city of Poros island and is built on the slope of a pine forest. It was founded in 1720 by the Archbishop of Athens as an expression of gratitude for his cure after drinking from the holy water springing near the Holy Monastery. During the Greek Liberation War in 1821 he offered financial as well as social assistance, while later in 1828, in the establishment of the Holy Monastery, John Kapodistrias founded the first orphanage of the liberated Greek nation for the orphans of the warriors of the war for freedom.

In the north part of the island, there are the ruins of Poseidon’s Temple, which were built in 520 BC. The main Temple was built in Doric style, though some of its columns were Ionian. Near the Temple was the built-up area of Kalavria. Once the center of the Kalaureian amphictyony that functioned as a voluntary co-operative for dealing with religious as well as civic issues for city-states including Epidauros, Prassies, Hermione, Aigina, Athens and Orhomenos. What remains today of this sanctuary are mere ruins, while all high-status remains are housed at the Poros Museum. The greatest of ancient Greek orators, Demosthenes, escaped to a sanctuary on the island of Kalaureia where he committed suicide (322 BC) while fleeing soldiers of the King of Macedonia. 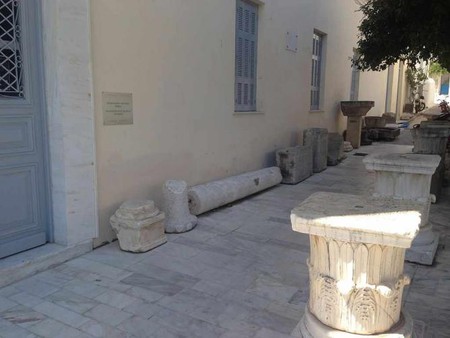 Outside of the Archaeological Museum of Poros | © Agustin Bartolome/WikiCommons 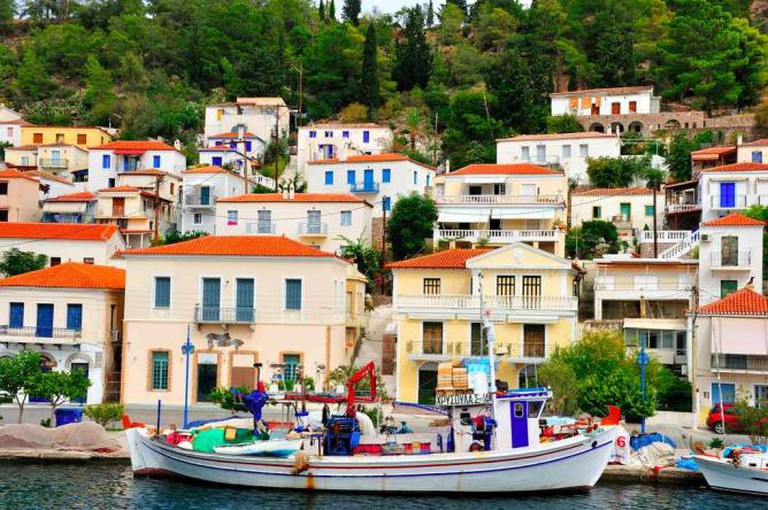 Poros Island | © llee_wu/Flickr
At the center of the town situated at the Korizis Square, the Archaeological Museum houses items from the Sanctuary of Poseidon, as well as other pieces from the area of Troezene and findings from excavations Methana and Ermioni.
Visiting hours
Winter period: Monday: Closed, Tuesday – Friday: 08:00 – 14:30
Weekends and Holidays 08:00 – 14:30
From July 1st to October 31: Daily: 08.30 – 15.00, Monday: closed
Open In Google Maps
Poros, 180 20, Greece
+302298023276
Visit Website
Give us feedback
Give us feedback