A Guide To Greek Christmas Foods 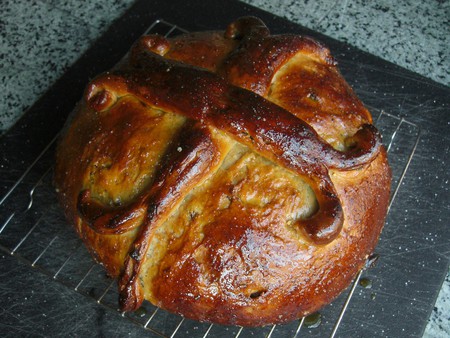 In Greece, the Christmas holiday season lasts 12 days and includes Christmas, New Year and Epiphany.
As old as Cristianity itself, there are many traditions and customs associated with this season, some quite old and others more recent, like the decoration of the Christmas tree and the turkey. But like everywhere else, Christmas is synonymous with excellent, tasty cuisine. Here are the typical Greek Christmas foods you can find on every table around Greece.

Avgolemono is a very common dish enjoyed throughout the year – not only on Christmas. It is a simple chicken broth infused with a lemon and egg mixture, generally cooked with rice or orzo. The consistency varies depending on personal taste and the soup is often served as the first meal after the Christmas Eve church service. 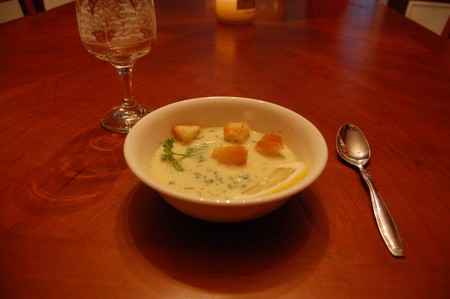 Stuffed cabbage leaves are a traditional Christmas dish, commonly referred to as yiaprakia in northern Greece while the rest of the country usually called them lahanodolmades. Stuffed with a filling of minced meat and rice, it is usually topped with a thick lemon-flavored sauce. The recipe was introduced in Greece with the arrival of Greek refugees from Asia Minor around 1922. 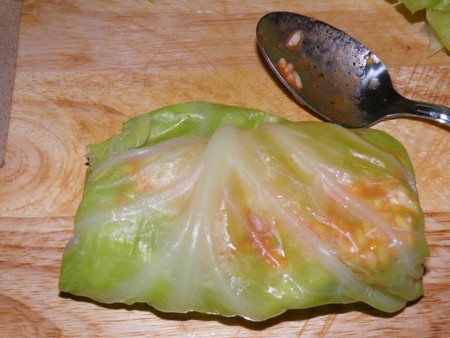 In Greece, the appearance of melomakarona in bakeries always signal that Christmas is coming. These delicious cookies flavored with cinnamon, cloves and orange are dipped in a syrup after baking, then finally topped with sprinkled nuts. Fair warning, these favorites are so delicious you may develop an addiction. 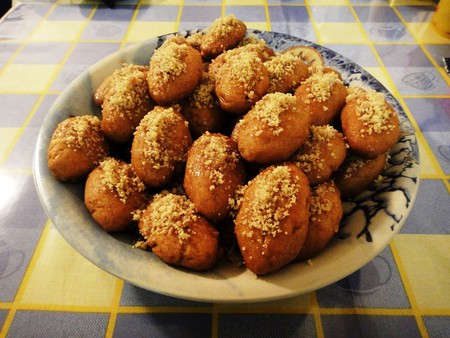 A plate of melomakarona | © Kalambaki2/WikiCommons

Kourabiedes are the other typical Christmas treats that announce the beginning of the holiday season in Greece. Although they are usually made with toasted almonds, other nuts (walnuts, hazelnuts) can also be used. These shortbread cookies are often infused with rose or orange blossom water and dusted with heavenly icing sugar. 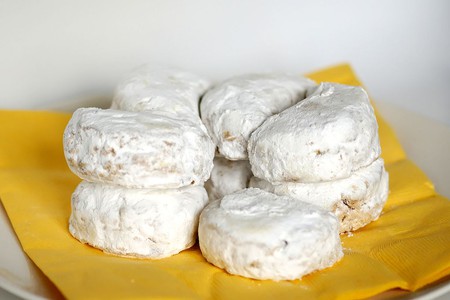 A platter of kourabiedes, a popular Greek pastry | © Jastrow/WikiCommons

Diples are traditional sweets offered at weddings and baptisms but also during the Christmas season. It is simply a dough that is folded (diples mean folds), lightly fried in olive oil and then covered with honey, walnuts and cinnamon. These delicious and tasty sweets can easily be done at home, although you can find them virtually everywhere. 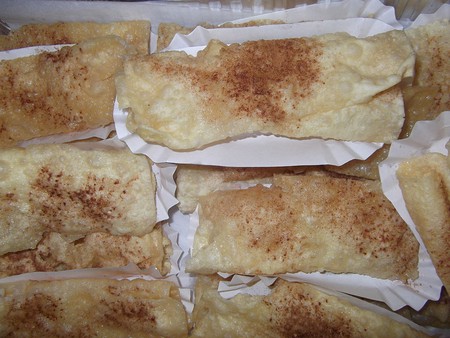 Christopsomo is another Greek Christmas tradition, common to numerous families across the country. Often decorated with a cross or ‘X’ (the first letter in the Greek word for Christ), this loaf of bread is made out of the purest and most expensive ingredients. Made on Christmas Eve to be eaten on Christmas day, the bread is usually set on the table surrounded with nuts, dried fruit, and other treats, and it is eaten by the slice, drizzled with honey.

For Christmas, all over Greece, the meat of the plat de résistance is not turkey but rather pork. Indeed, it was and still is a highly-appreciated protein source used to break the Advent fast leading up to Christmas. There are many traditional pork Christmas recipes which vary depending on the region. From whole-roasted pig to pork stew, pork-filled puff pastry or slow-cooked dishes, pork plays a leading role in the Christmas food scene – despite the recent popularity of turkey stealing the spotlight in recent years. 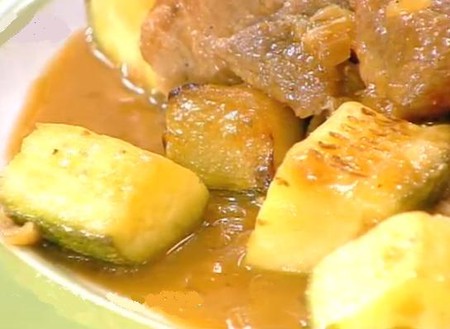