A Brief Sartorial History Of The Greek Fustanella 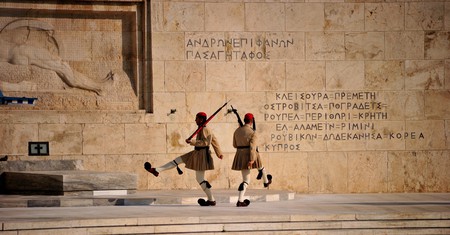 The fustanella is a knee-length skirt – similar in a way to the Scottish kilt – worn by men for military and ceremonial occasions not only in Greece but also the Balkans. Today, there is much contention about which nation introduced the fustanella to the other (as Albanian traditional dancers still wear it today as well). It remains an important cultural identifier in Greece.

Boasting a long history, the fustanella today is associated with the costume worn by the Evzones, the National Guards stationed in front of the Parliament House in downtown Athens. To understand its origins, historians point to a statue dating to the 3rd century BC, located in Athens, which depicts a man wearing a fustanella-like garment. The costume may have evolved from traditional dress worn in Ancient Greece but was popularised in its modern form during the latter centuries of the Byzantine Empire. Some believe the Albanians introduced it to the Greeks in the 14th century. 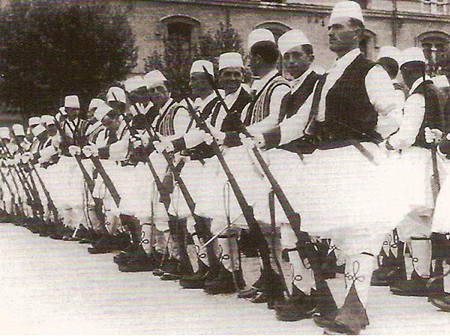 While it can be vaguely stated that the fustanella has been worn in the region for centuries, it is known definitively is that it was used as the main military uniform during the Ottoman Empire. More than a fashion statement, this form of dress was designed to show a man’s strength and prowess, much like a kilt.

In a way, the fustanella epitomized the mixed heritage of modern Greece, with Albanian, Ottoman, and Classic influences, and was declared to be Greek at a time when a national costume was needed. It was part of a Europeanization process which started around 1829; however, long before, it was a common garment for men in the 13th century when it was worn by Albanians and Arvanites (or Greeks of Albanian ancestry) who fought alongside the Greeks during the War of Independence against the Turkish invaders. One such group were the Souliotes, an Orthodox community of Albanian origin known for being fierce resisters to the Ottomans, and praised by British author Byron and many Greek historians.

As it was used as a military uniform, most fustanellas were far from clean, as it is said that men used to wipe their dirty faces or bloodied knives on them. Now known for being kept in pristine condition, they are also usually white –perhaps to reflect the use of marble for statues. 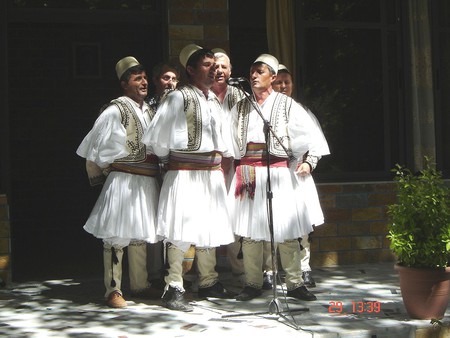 After the war, when King Otto, originally from Bavaria, was made king of the Greeks in 1833, he declared the fustanella the national costume of Greece and even posed in one in an attempt to bridge the gap between him and his subjects. Ever since then, it has become a symbol of Greek national pride. King Otto, along with some members of his court and personal guard, even wore the fustanella when they returned to Munich in 1836, not only catching the eye of many Bavarian court ladies but also furthering proliferating its attribution to Greece.

The fustanella is made of strips of linen sewn together to make a pleated skirt. It is believed that some men, such as General Theodoros Kolokotronis, wore a fustanella with four hundred pleats, which symbolized each year of Turkish dominion over Greece, though some sources say this seems to be more of an ‘urban legend.’

Of course, the style has evolved over time. In the 18th and early 19th centuries, the fustanella hung below the knees, and the hem of the garment used to be tucked into boots. Later, under King Otto’s rule, the length was shortened to above the knee to create a billowy shape; at that time, the fustanella was worn with hose, which is what the modern-day Evzones of the Presidential Guard wear today, and adorned with decorative clogs. 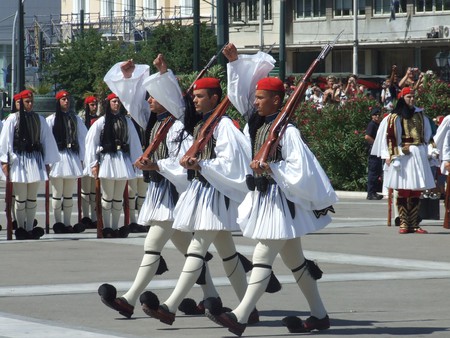