A Brief History of Santorini's Monastery of Profitis Ilias 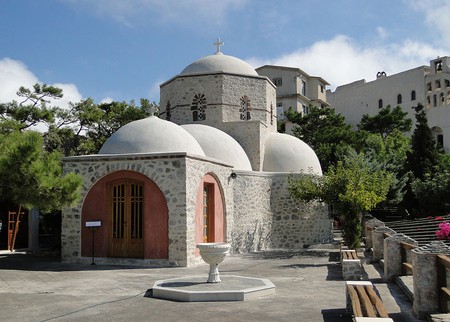 Built on the highest point of the island, 567 metres (1860.2 feet) above sea level, the monastery of Profitis Ilias (Prophet Elijah) stands tall. Offering all-encompassing views over the entire island of Santorini, this 18th-century sanctuary still captivates those coming to visit the island. Here is a brief history of Santorini’s famous monastery located on the mountain of the same name.

Less than five kilometres (3.1 miles) away from the village of Pyrgos, Mount Profitis Ilias is the highest point of the island. And right at its summit stands a monastery of the same name. Dating back to 1711, the monastery of Profitis Ilias, one of the oldest on the island, is a stunning example of Cycladic architecture at its best. 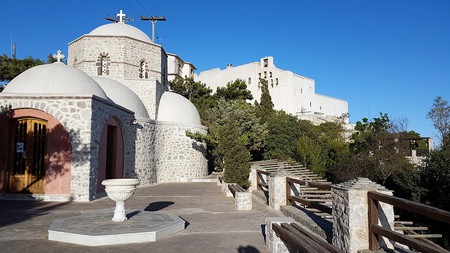 In its earlier years, the monastery was considerably wealthy and even owned its own ship, used to conduct private business for its benefit. The blooming period was such that the monastery exerted an active intellectual, cultural and economic influence, so much so that it ran a school from 1806 to 1845. Greek language and literature were among the main subjects taught there.

But later, during the 1860s, the monastery suffered a steady decline, culminating with serious structural damages to the buildings, built in the style of a fortress, due to the 1956 earthquake.

Today, the monastery even has its own museum, which houses a collection of rare ecclesiastical artefacts, books and stunning Byzantine icons and sculptures. It features displays on local industries, such as printing, shoemaking and candle making. The few monks still living there are also involved in wine making. And while the monastery building is not open to visitors, you can still visit the chapel (make sure to take some time to observe the colourful frescos and religious icons on the walls and ceilings) and its yard, from where you can enjoy breathtaking panoramic views. If you are interested in local products, you should know that all the goods produced and cultivated by the monks are available for purchase. And if it’s food or drink, you can even sample them at the small display in the yard. 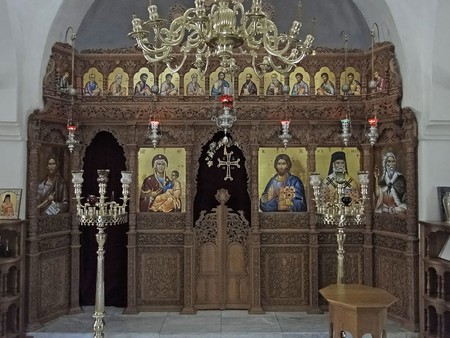 Iconostase of the chapel of the Monastery of Profitis Ilias, Santorini | © Bernard Gagnon/WikiCommons

The hike to the monastery is an enjoyable experience as you get to see and admire nature and the unique beauty of Santorini; the road winds through rugged landscapes and vineyards. 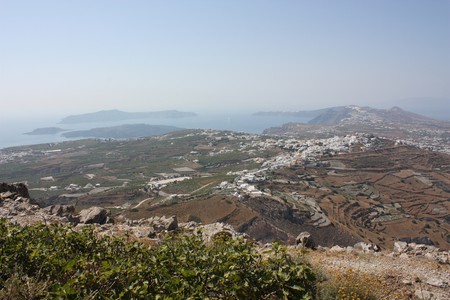