9 Films That Embody The Soul Of Greece 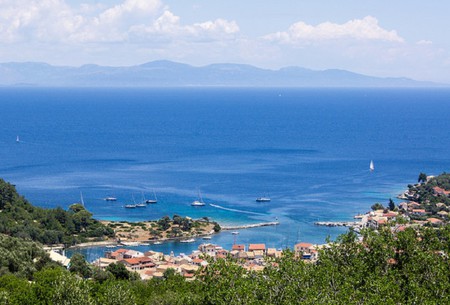 Greece is a place of exquisite beauty but unfortunately very few major films have been shot in the country. Those that have, though, enjoy a natural and beautiful setting filled with the blue of the sea and sky, and idyllic islands bobbing in the placid waters of the sunny Mediterranean.

The 1962 action film The 300 Spartans, was shot in the rustic village of Perachora in the Peloponnese and is based on the historic Battle of Thermopylae which occurred in 480 B.C. Telling the story of one of the most epic battles in the Greek-Persian War, the story of the 300, who held off the might of the invading Persian army, is a powerful tale of overcoming long odds to emerge victorious. King Leonidas’ 300 Spartans face an army of 250, 000 Persian soldiers on the shores of the Mediterranean. The film stars Richard Egan, Ralph Richardson, David Farrar, Diane Baker and Barry Coe.

The 2010 American drama Arcadia Lost takes an original look at the beautiful Greek landscape, away from the stereotypes of summer holidays and beaches, starring Haley Bennett, Carter Jenkins and Nick Nolte. The Greece of the film captures life’s infinite possibilities, both positive and negative. The film was shot entirely in Greece, in the Arcadian mountains and in many other spectacular settings across the Peloponnesian coast. The film follows two American teens, Charlotte and Sye, as they travel around Peloponnese, Greece. They meet an American expat who guides them to the mystic waters of Mount Parnassus to help them to discover a whole new world.

Filmed on Mykonos, this British comedy was nominated for an Oscar for Best Actress and a Golden Globe for Best Motion Picture – Musical or Comedy. This film features a script from screenwriter Willy Russell. The movie tells the tale of a frustrated housewife finds a new romance on a soul-searching trip to Mykonos, and stars Pauline Collins, Alison Steadman, and Tom Conti.

Much of this classic 1957 romantic film was shot on location in Greece in the Saronic Islands. Shots of Athens, the island of Hydra and of Rhodes catch the sunny Mediterranean pace of life in the film. In this film a Greek diver off the Isle of Hydra finds a precious antique statue of a boy on a dolphin. The film stars Alan Ladd, Clifton Webb and Sophia Loren.

From the writer of My Big Fat Greek Wedding comes another Greek-inspired comedy starring Nia Vardalos. Filmed in some classic Greek settings like Athens, Olympia and Delphi, My Life in Ruins captures many monuments and landmarks of Ancient Greece. In the film, Greek-American tour guide, Georgia, is discouraged by her failure to land her dream job. She finds new friends and a blossoming romance with the Greek bus driver of her tour company.

Based on Louis de Bernières’ 1994 novel, and set during the Italian occupation of Greece during World War II, this movie was filmed in Cephalonia with became an unforgettable setting for a heartwarming love story. Italian Captain Antonio Corelli falls in love with Palegia, the strong-willed daughter of the village Doctor. An epic love story starts against the conflicts and atrocities of World War II.

This 2012 sequel to Before Sunrise (1995) and Before Sunset (2004) follows the life of the couple nine years after the last movie as they embark on a blissful family holiday on the Greek Peloponnesian peninsula. Now in their early forties, Jesse and Celine attempt to deal with the realities of being a parent. The film reunites the talents of Ethan Hawke, Julie Delpy, and director Richard Linklater.

Based on a novel called Life and Times of Alexis Zorbas by Nikos Kazantzakis, this 1964 film embodies the Greek spirit. Filmed in Crete, this movie manages to capture the beauty of the island, even through the black and white film. An English author travel to Crete to join his parents business where he meets the Greek flamboyant Zorba who teaches him how to enjoy life.

The 2008 musical filmed on the island of Skopelos with a famous cast features all of ABBA’s greatest hits. The story unfolds in idyllic island locations, making it the ultimate summer, feel-good movie. In the film, Sophie is about to be married to her sweetheart, however wishes to find out who her father is. She invites the three most likely dads to her marriage without her mother, Donna, knowing.