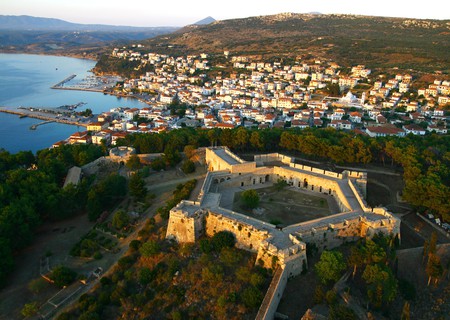 In a legendary corner of the Peloponnese, an illustrious past and an imaginative future effortlessly fuse to create a holidaying experience that’s innovatively ahead of the curve. As the world eagerly awaits the start of Rio 2016, Athens’ Benaki Museum is celebrating the anniversary of the first modern Olympic Games by teaming up with the holiday resort of Costa Navarino to prove there’s a lot to be learnt from our ancestors.

From heroic history to fit future

The athlete stands directly in front of us. Swinging his arm back and forth, his body sways slightly with the weight of his discus. He flashes a cheeky smile. He’s one of the competitors in the 1896 Olympic Games, captured at the time in a static pose by photographer Albert Mayer. On the eve of the 120th anniversary of the modern Olympic Games, artist Eva Nathena has breathed new life in to the old black and white image.

Eva has ensured not only that the past is celebrated, but that it captivates a modern audience. She’s manipulated a series of Albert’s photographs to create a gallery of ‘2.5D’ moving images that sends present viewers soaring in to a bygone era using pioneering artistry. 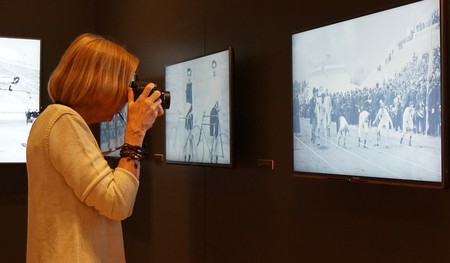 Outside the Costa Navarino exhibition hall, the sporting spirit of their ancestors remains extremely important to these Greeks. On site, guests can play tennis, squash, and badminton. They can play golf on one of two pristine fairways set in to the undulating green hillside. They can escape the blazing midday sun by playing indoor basketball or bowling. They can practice on the indoor climbing wall before taking a hike to the mythically beautiful Polylimnio waterfalls. 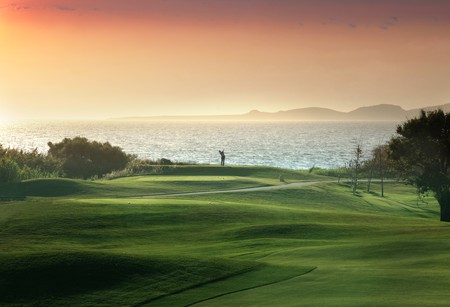 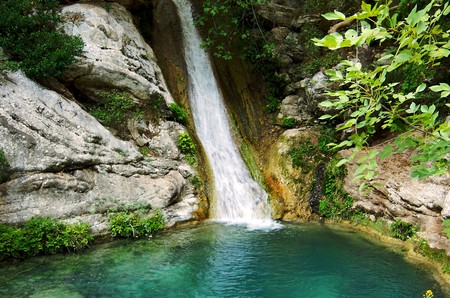 Guests can hike to the Polylimnio waterfalls | Courtesy of Costa Navarino

From forgotten foodstuffs to new-age nourishment

Four delicate glasses are lined up in a row, each filled half way with a golden-green liquid ready for us to taste and compare. We tentatively swirl the contents around to release the aroma. Furtive glances are exchanged in hope of confirming we look suitably expert. Avocado, then a hint of banana.

Costa Navarino’s olive oil is sublime. The acclaimed Koroneiki olives are still hand-harvested as part of a traditional activity that’s been central to the daily lives of Messinians for centuries. Honoured to be let in on their ancient secrets, we’re just as thrilled to drizzle their oil on generous portions of tzatziki and soak it up with mountains of doughy bread. 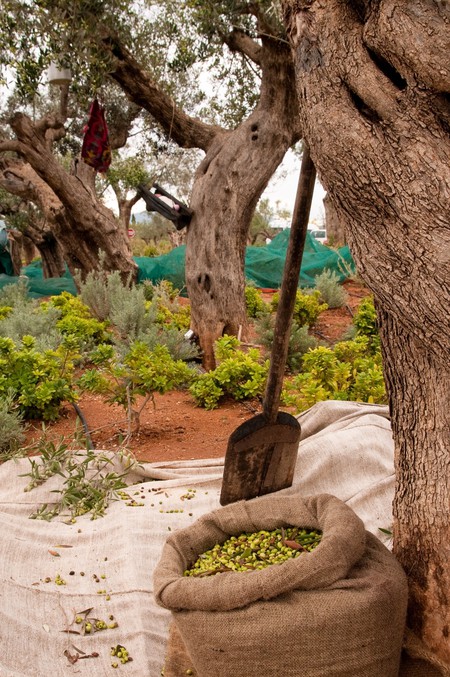 The resort makes its own olive oil | © Costa Navarino

The resort has 21 restaurants, each with its own cuisine, but all with an emphasis on fresh, sustainable, local ingredients. The Taverna serves homemade dishes based on old Greek recipes that aim to preserve and promote Messinian gastronomy. Eleon invites guests to flavour freshly caught fish in their preferred way as it cooks over private barbeque pits. For homesick holidaymakers there’s the Japanese-style Inbi, Lebanese Nargile, Italian Da Luigi, and even an all-American diner. 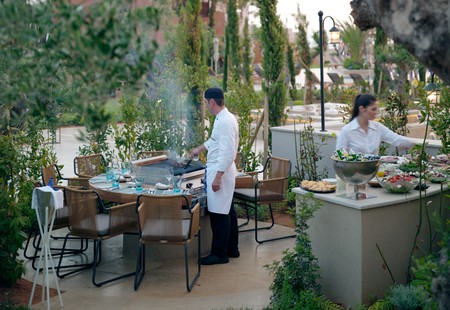 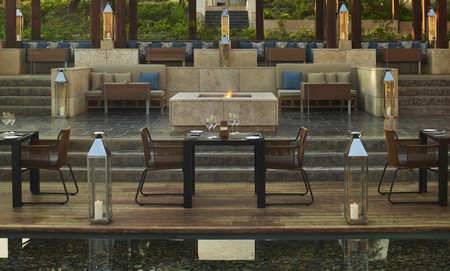 The resort has 21 restaurants to choose from | © Costa Navarino

From bygone botanies to sustainable scenery

‘Let’s change our habits, not the climate,’ reads the mantra emblazoned on a wall of the Costa Navarino nature museum. We take a moment to absorb both the sobering philosophy and the fact that a holiday resort boasts its own museum. It should perhaps more accurately be referred to as a village. 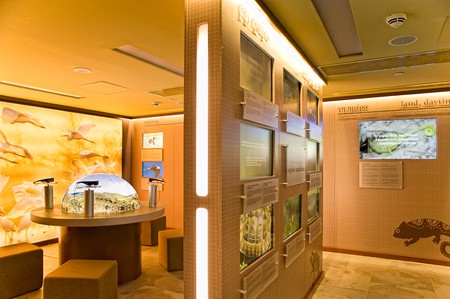 ‘Let’s change our habits, not the climate’, is the mantra of the resort’s nature museum | © Costa Navarino

Indeed, like the civilisations of old, Costa Navarino is entirely self-sufficient. As he reverently holds up a single lavender flower, the resort’s resident botanist explains how each plant is utilised in as many ways as possible. The lilac blossoms decorate the bedrooms; jasmine fragrances the public spaces; rosemary seasons the cuisine.

Out in the fields we’re invited to get our hands dirty, crouching to the ground to inhale the alarmingly fresh scent of the resort’s home-grown mint. With an intimate knowledge of their ingredients, the mojitos we order that evening taste particularly sweet. 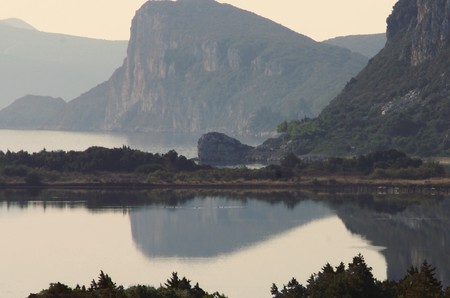 From ancient architecture to futuristic facilities

We hear an elated cheer erupt from the centre of the resort. Squeezing past crowded tables, we find a spare spot on the steps. The Euros are being broadcast on the Agora’s outdoor cinema screen. Just like the ancient Greek agoras – which served as the village epicentres – this is a place where people of all backgrounds are welcome to enjoy theatre, shopping and good food together. 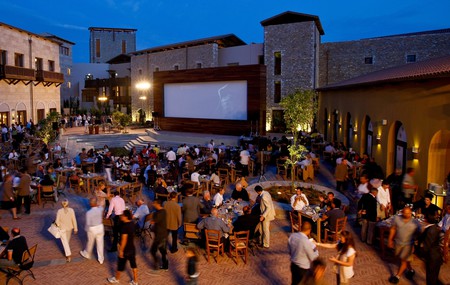 Its story starting over 4,500 years ago, Messenia was once a rich tapestry of kings and queens, honour and tradition, war and friendship. It’s still home to historically significant Mycenaean palaces, 33 castles, and three UNESCO World Heritage sites that inform the luxurious architecture of Costa Navarino. 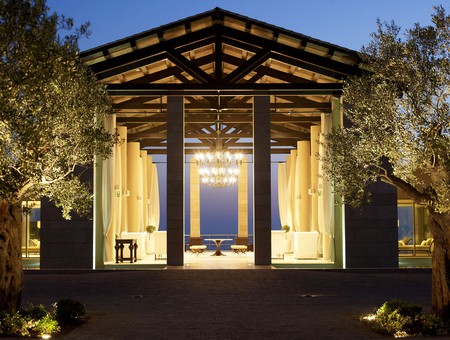 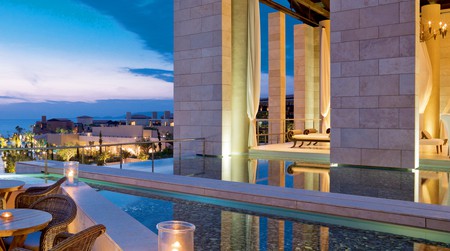 Inspired by old Messinian mansions, The Westin hotel overlooks the Ionian Sea and many of the 445 suites feature individual infinity pools. The Romanos hotel – with its elaborate columns and golden lighting – reflects palatial living. Reclining on the lobby’s cream chaise-longs as they watch the sun set in to the sea, guests can’t help but feel like Greek gods and goddesses surveying their kingdom. 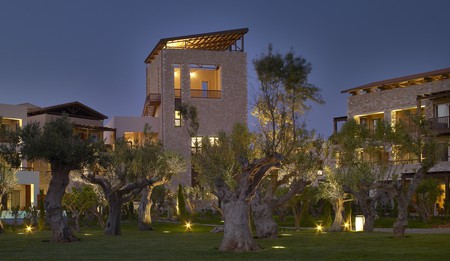 Some Westin hotel rooms have their own infinity pools | © Costa Navarino 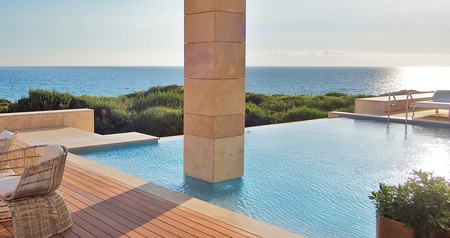 From retired remedies to state-of-the-art spa

We’re covered in olive oil, salt and honey. This is not a cookery class gone wrong, but the aftermath of a glorious day at the resort’s spa. We spend a blissful hour floating in the Dead Sea-style salt pool, licking our lips to confirm the water’s salinity. Later we’re smothered in hot honey as part of a rejuvenating full body massage treatment. We’re told that combined with healing hands, the heat helps further penetrate pesky knots. 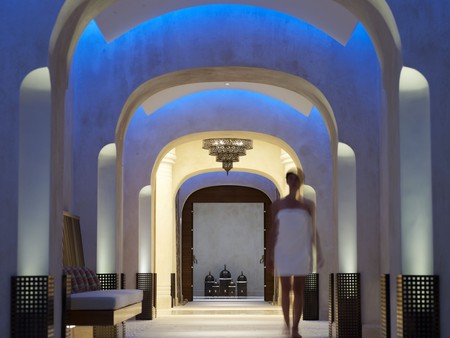 The oil-based remedies of the 40,000-square-foot Anazoe Spa are inspired by both prescriptions discovered in the nearby ruins of Nestor’s Palace, and the teachings of Hippocrates, the ‘father’ of Western medicine. A healthy body equals a healthy mind.

No problem or desire is not catered for: be pampered indoors or outdoors, relax in the herbal steam bath or be invigorated in the ice-grotto room, be wrapped in slimming seaweed or detoxed by apple cider vinegar. 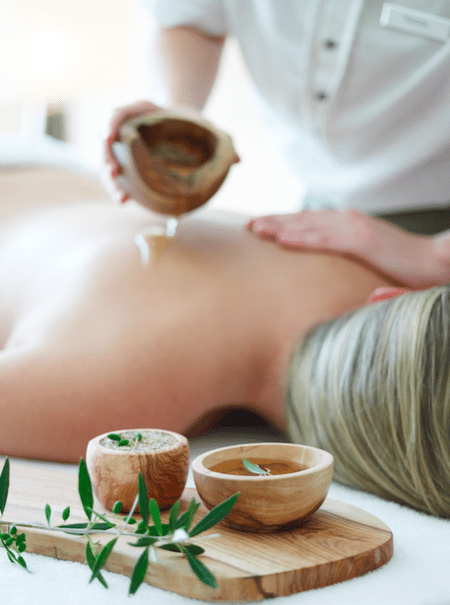 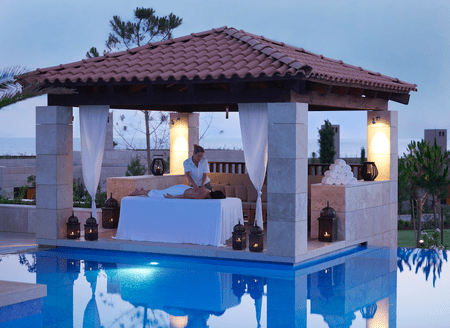 Costa Navarino: rates at the two hotels at Navarino Dunes start from:

The Westin Resort Costa Navarino from €220

The Romanos, a Luxury Collection Resort from €390

Prices are for a deluxe garden view room on a bed and breakfast basis, based on availability.

Aegean Airlines favours air travel for all golfers by offering free of charge carriage of golf bag and equipment for every golfer.

The Benaki Museum’s ‘Olympic Games 1896: The Photograph Album of Albert Mayer – From the Benaki Collections, As Viewed by Eva Nathena’ is on display at the five-star Costa Navarino’s Symbol Hall from 27 April to 30 November 2016.