The Greek Islands and Their Mythological Stories 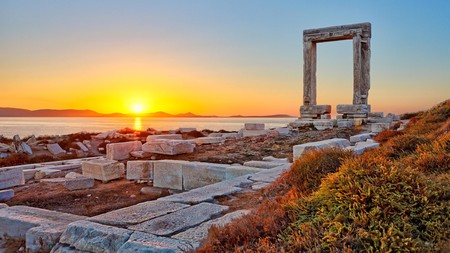 There are many ancient myths surrounding the islands of Greece. The mythology not only describes the characteristics of the islands, but also represents human traits and behaviors without filters, judgements or inhibitions. Here are the mythological stories about five of the beautiful Cyclades islands, from Tinos to Santorini.

Syros – saved by the dolphin 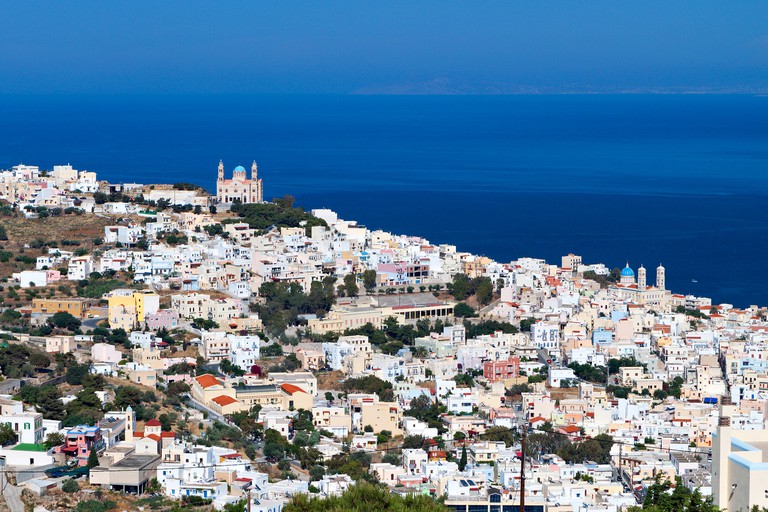 Ermoupoli, the fascinating capital of Syros, is also the capital of the Cyclades. Here, you can find the administrative headquarters of all the islands, surrounded by amazing, clear blue beaches. The myth of this island regards its first king, Koiranos. When his ship sank in the sea, between Paros and Naxos, a dolphin saved him and carried him to a cave, which is now named after him: Koiranion Andro.

Open In Google Maps
Greece
Give us feedback

The highest mountain in Tinos is Tsiknias (714m/2,336ft). This is the place where Hercules, son of Zeus and one of the strongest men on earth, killed the sons of Boreas (god of the north wind). Hercules was furious because they had abandoned the Argonauts when passing by Tinos on their way to Colchis (today a coastal area in Georgia on the Black Sea). The Argonauts were the most famous of all Greek heroes, recruited by Jason, heir to the throne of Iolcus. Their mission was to recover a Golden Fleece he needed to claim his kingdom. After the assassination, Boreas’s revenge was to blow a perennial (and very strong) northern wind over the island. You can still experience this wind when you visit.

Open In Google Maps
Tinos, Greece
Give us feedback 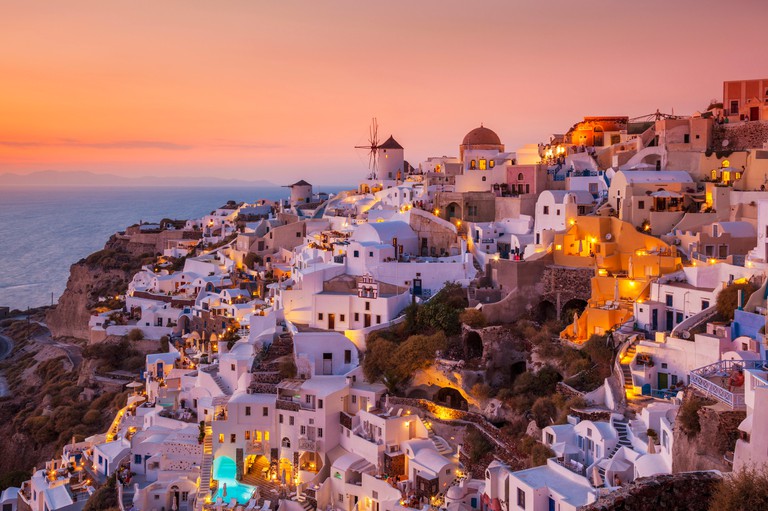 Santorini’s birth is linked to the Argonauts, too. During their venture to recover the Golden Fleece, they landed on Anaphe Island (today’s Anafi) in the Aegean Sea. When there, Euphemus (son of Poseidon, the god of the sea, and Europe) dreamt he made love to a nymph. Afterwards, she announced that she was pregnant and in need of a calm safe place to give birth. She gave Euphemus specific directions: to throw a clod of earth from Anaphe into the sea. When Euphemus awoke, he decided to follow the nymph’s instructions. He threw the clod of earth and, stunned, watched a miracle happen: the island of Santorini emerged from the sea. Thanks to Euphemus, you can now enjoy the magnificence of the island and have one of the best dining experiences of your life.

Open In Google Maps
Thera, 847 00, Greece
Give us feedback

Theseus abandoned Ariadne on this island. He was the King of Athens, and she was the daughter of King Minos of Crete. They met on one of Theseus’s adventures. He sailed to Crete to stop a harrowing tradition established by Minos, in which every nine years he fed the Minotaur (his wife’s son, part man and part bull) with seven young men and seven young girls from Athens. When Ariadne saw Theseus, she immediately fell in love with him and helped him escape from the Labyrinth, where he had killed the Minotaur and her brother. They sailed away and stopped on the dreamy island of Naxos, where they went for a romantic walk. Theseus waited for her to fall asleep, and then left. Fortunately, Dionysus (god of wine and fertility) found her, married her and gave her four children.

Open In Google Maps
Greece
Give us feedback 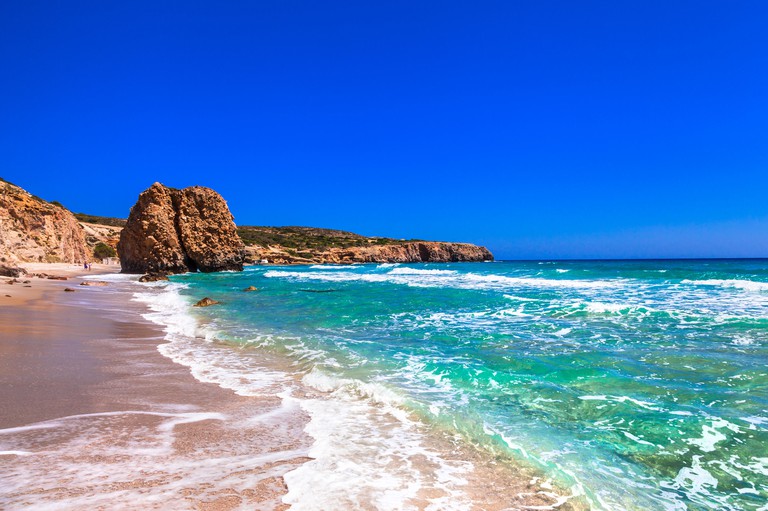 The myth relating to this island is a little complicated. Aphrodite (the goddess of love and beauty) fell in love with Adonis (a beautiful demi-god). Adonis had a best friend, Milos, who was married to Pelia. Milos and Pelia had a son, named Milos after his father. When Ares (Aphrodite’s husband and god of war) found out that Aphrodite had had an affair with Adonis, he killed him, under the guise of a giant boar. When Milos found out that his best friend had died, he killed himself. Pelia, fondly in love with her husband, killed herself, too. No, this is not a telenovela, it’s a Greek myth. Aphrodite, deeply touched by these demonstrations of love, took Milos (the son) under her protection. She sent him to colonise a new island. The island became one of her homes, and she endowed her beauty to the land.