20 Things to Do in Greece in Your Twenties 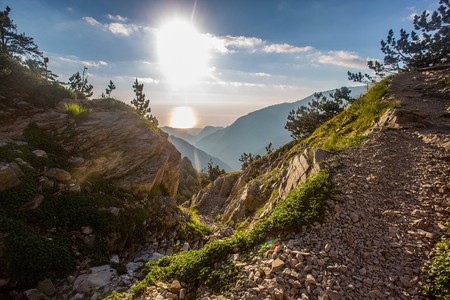 One of many things you should do before you turn 30 is to experience the fascinating country of Greece. Whether you are looking for a destination during your gap year, moved to Greece for an exchange program or have lived here all your life, here is a list of the many things you can and should do in Greece in your twenties.

In the country of endless summer, one of the most exciting things to do is attend a music festival. Luckily, Greece boasts a plethora of summer events to cater to all tastes. Every year, the Rockwave and Ejekt festivals attracts thousands of participants, while the veteran River Party in Kastoria (northern Greece) is equally as thrilling. For a surreal festival experience surrounded by ancient ruins, Mythody in Ancient Olympia is a must, while Halkidiki’s beautiful beaches and the notorious Sani festival is also a perfect time out. 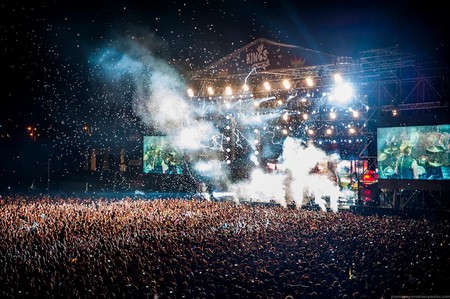 The tallest peak of the country, Mount Olympus bears strong mythological importance as the home of the gods. According to mythology, Zeus lived in Stefani peak and used the Mytikas peak when he determined the fate of the human race. While climbing Mount Olympus is not as strenuous as it sounds, it is still a big, audacious feat that will be rewarded by magnificent views.

Explore the sunken city of Plytra

Laconia is home to the oldest submerged city in the world, but Pavlopetri is currently off limits for casual divers and snorkelers; nearby, however, is the sunken city of Plytra (also known as Asopos), located between Gytheio and Neapolis. Sunk during an earthquake in 365 BC, the ancient city is partially submerged, yet a few structures can be found at the coast. Visiting Plytra is a fun experience for those who enjoy scuba diving and snorkeling.

Donate your time to a good cause in northern Greece

There is no denying that doing good for others in need makes fora stronger individual, so why not take advantage of a gap year or a holiday to volunteer for a good cause? While the tremendous arrival of refugees has quieted down in the past few months, many remain stranded in refugee camps dotting the country. Sign up for a short-term volunteering assignment with Help Refugees, do some good and return home changed.

Patras, the third largest city in Greece, is home to a colourful and vibrant carnival that follows the Venetian festive tradition. If possible, visit the city for this special occasion and join the fun: dress up, join the parade and celebrate with the locals at this truly unique celebration. 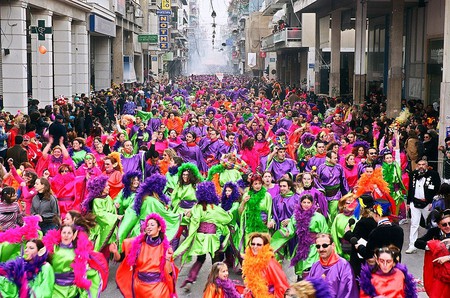 Where else to run a marathon than the place it was born? Besides being a fun experience, the Athens Marathon also allows to set goals and build self-confidence while meeting new people and exploring new places. But don’t run the marathon without proper preparation, and consider settling for the 10K run or the semi-marathon.

With an age-old wine tradition, Greece features several wine routes to get acquainted with and learn about the several wine production processes. From the popular Nemea in central Peloponnese to the wine routes of Northern Greece, from world-acclaimed wineries in Santorini to vineyard-covered hills of Samos or the wide plains of Crete, there are plenty of places to deepen your understanding of wine. 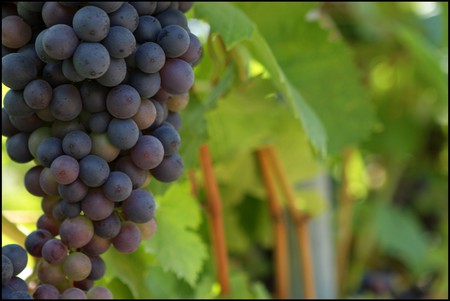 Dubbed the ‘Greek Ibiza’, Mykonos is an island in the Cyclades known for its vibrant and dynamic nightlife that attracts thousands of people every year. From jetsetters and VIPs to regular Joes, Mykonos rightfully deserves the moniker of ‘Party Island’.

Join a panigiri in a small village

A panigiri is a centuries-old feast organized on the eve of a saint’s name day. A tradition held dear in small villages on both the mainland and the islands, it is a major celebration where people honor the saint but also get together to eat, drink and dance to traditional music together. Blending a religious tradition with a social event, the panigiri is open to everyone. The most famous is held on August 15th, but one can definitely be stumbled upon. 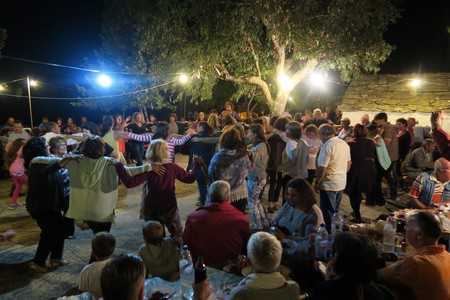 Athens, the cosmopolitan capital of the country, has a plethora of bars and clubs to party at all night long. One of the most frequented areas is Gazi, a central district where bars, speakeasies and venues are legion. Get your groove on, and pull an all-nighter or two – trust us, it gets harder to recover pass 30, so don’t regret a thing.

Indulge in a brunch marathon in Thessaloniki

If the only marathon you are willing to do is a brunch marathon, then join the fun on your next visit to Thessaloniki. Greece’s second city boasts a dynamic food scene, which makes it a fun and pleasant destination when it comes to eating. Try be* but if the place is full, there are dozens of other options. 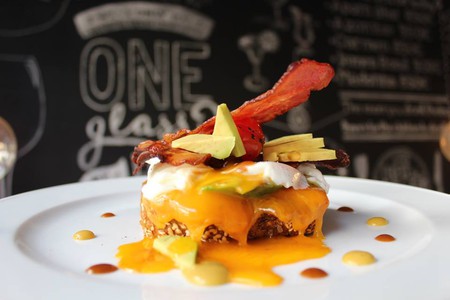 Greece is just the best destination when it comes to island-hopping. The several island clusters allow for convenient travel between islands, and destinations can be chosen according to taste. Want something green and unspoiled? The Ionian islands are perfect. For isolation, authentic character and pristine waters, the Dodecanese islands are the right choice. Love the whitewashed look with blue doors and windows? Opt for the Cyclades. Or for rugged landscapes, lush and verdant hills and hidden coves, the Sporades are just around the corner.

One island less affected by mass tourism is Alonissos, a natural, underrated paradise in the northern Sporades cluster. As such, it is an ideal destination for free campers. Blessed with pristine beaches, lush inland and picturesque villages, the island also boasts one of the only natural marine parks of the country, where Mediterranean monk seals thrive. Take a chance and sleep under the stars in this beautiful, undisturbed island. 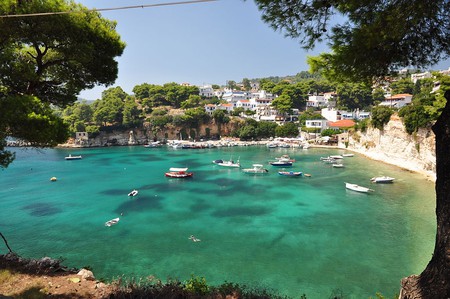 Take a road trip in Peloponnese or across the mainland

For a more proactive way to travel, take a road trip around the Peloponnese or the mainland. Don’t go too crazy with the planning, though, and simply go with the flow of an adventure. Discover new horizons, get lost, stay in a bed-and-breakfast or free camp. Just be ready to be amazed.

Do some rafting in Meteora

While there’s no reason to skip a visit to the spectacular monasteries of Meteora, perched on top abrupt rocks, don’t be so quick to leave the area either. Very near Kalambaka lies the Ionas River, one of the best spots to do some rafting. Get some ready for some heart-pumping action in a breathtaking scenery in the heart of Greece. 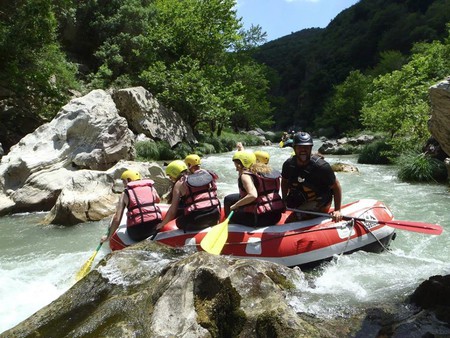 Find your favourite rooftop in Athens

One of the many upsides of the long summer in Athens are its many rooftops, whether a hotel with a rooftop pool or just a place for enjoying refreshments after a long day of sightseeing. Athens is also the capital of rooftop bars, many with amazing views and ancient sights. From 360 Cocktail Bar, to Grande Bretagne rooftop restaurant, to Couleur Locale, there is definitely a rooftop that will appeal.

Hang out in Exarcheia

No other neighbourhood in Athens (or in Greece) is more special than Exarcheia. While guides usually recommend tourists to stay away from this part of town, Exarcheia is a unique place to understand the counterculture of the city. Blessed with an authentic mix of residents, from Greek families to university students, immigrants to refugees, anarchists to drug addicts (mostly at night), this historical place is filled with small cafés, delicious tavernas, comic book shops, record stores and impressive street art. 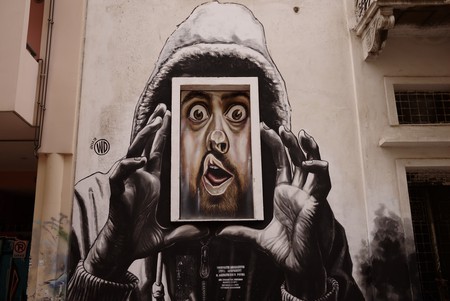 Situated in the Ionian island cluster, Lefkada is known for its beautiful, exotic beaches and scenic landscapes. As such, it is one of the best place to enjoy a paragliding flight, alone or in tandem. Soar high above the sea and enjoy breathtaking views of the coastline, the blue coves and pristine beaches below. If you always dreamed of doing something extreme but do not dare to skydive, paragliding is definitely an exciting alternative.

If skydiving is on your bucket list, why not do it in Greece? Many will attest that location matters because, once that parachute opens, divers have the opportunity to admire their surroundings (or rather, what’s below them), so definitely take this into account. Check out Skydive Athens or Skydive Greece. 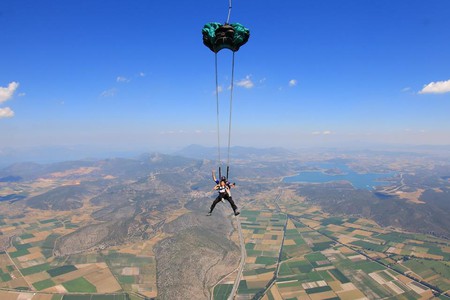 As Greece’s the largest island, Crete is almost like its own a country. With a wealth of historical sights, unspoiled nature, magnificent beaches and mouthwatering cuisine, Crete is an exciting destination to explore. While the north of the island counts many touristic resorts, the south has managed to retain somewhat of its authentic charm. Grab a bag, put on walking shoes and get ready for an adventure to remember.