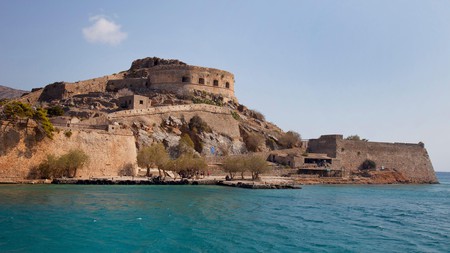 You’re spoilt for interesting excursions on the island of Crete, Greece, an island rich with history, mystery and natural beauty. We’ve rounded up our favourite attractions to make planning your island itinerary that little bit easier.

Archaeology, mythology and natural wonders abound on Crete, the largest island in Greece. There is so much to see and discover in each of the four prefectures of the island that, whether you’re a history buff, a nature lover or an avid hiker, you won’t have an empty afternoon – unless you want to, of course. The best part is that whatever you’re doing, you’re never far from a beach. From archeological wonders to natural phenomena, these are our favourite things to do in Crete. 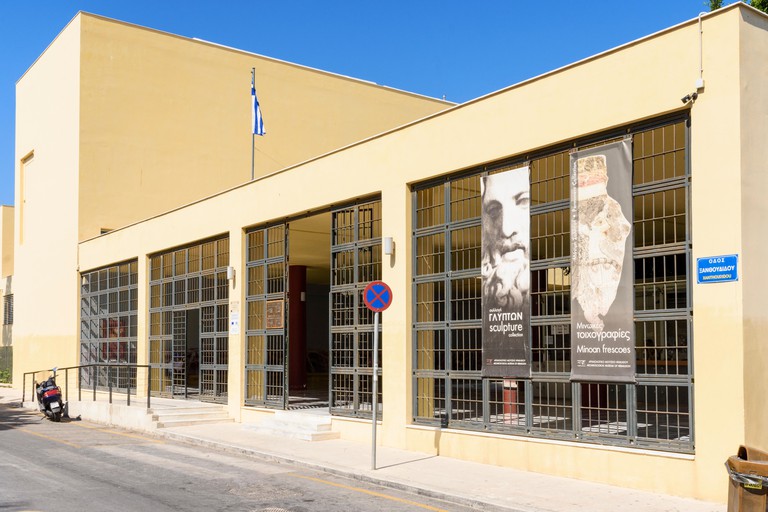 © AegeanPhoto / Alamy Stock Photo
Book Now
Before a visit to Knossos, to better understand the ancient history and people of Crete, go to the Heraklion Archaeological Museum in the centre of the city. The findings from the palace are stored, preserved and displayed in the museum. There are frescoes, pottery, jewellery, weapons and sculptures from the Minoan civilisation, but also discoveries from the Neolithic and Roman eras. Don’t miss the implausibly delicate Malia Pendant, made circa 1800 BCE.

The Minoan Palace of Knossos 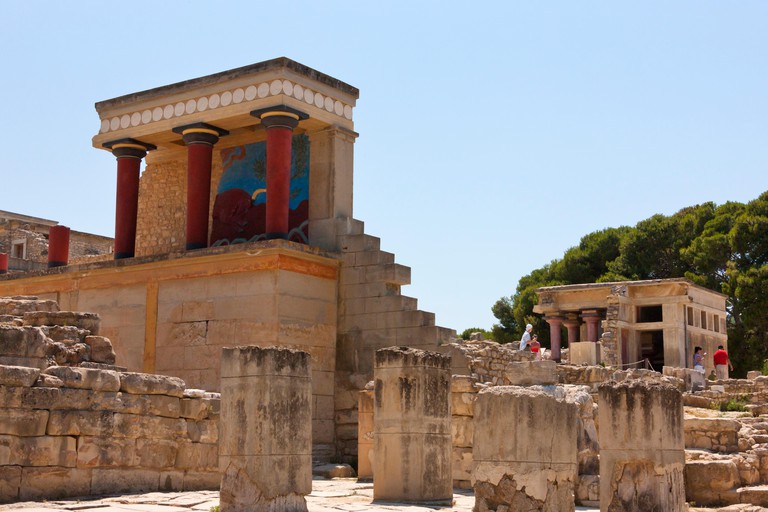 © Keren Su / China Span / Alamy Stock Photo
Book Now
Just outside the capital city of Heraklion, the Palace of Knossos once served as the political centre for the Minoans, who created the first sophisticated civilisation in Europe. At the entrance you’ll find dozens of certified guides eager to show you the wonders of the palace, from important archaeological discoveries to the mythological stories of King Minos and the minotaur. Get there early to avoid the crowds, as it is one of the most popular sites in Crete.

Just a few kilometres off of the National Road, between the cities of Rethymno and Chania, is Lake Kournas, the only freshwater lake in Crete. Flanked at one end by tree-cloaked mountains, and at the other by white-sand beaches, this startlingly blue body of water is dotted with birds and ducks. Bring your cossies for a swim and snorkel, or rent a pedalo from one of the beachside vendors to explore the lake.

The largest of its kind in Europe, Samariá Gorge starts from the mountain village of Omalos and carves its way through the countryside to the seaside village of Agia Roumeli. It takes about five to seven hours to complete the 16km (10mi) hike, but don’t worry, it’s downhill all the way. You’ll want to bring plenty of water and snacks, and your swimming things for cooling off in the sea when you finally reach the end.

The Minoan Palace of Phaistos 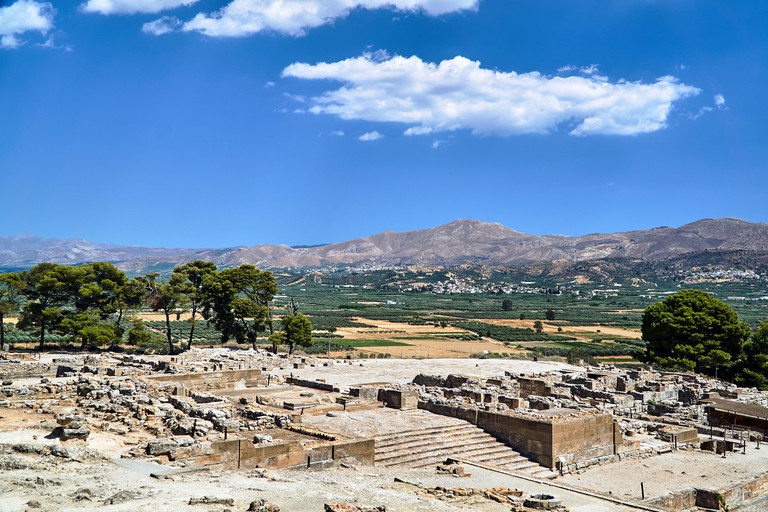 © Grzegorz Kordus / Alamy Stock Photo
Book Now
If you don’t fancy doing battle with the crowds at Knossos Palace, this fabulous, but much less crowded, site is a must-see. It’s in the south of Heraklion, on the Messara Plain near Matala Beach. It is believed that the brother of King Minos, Rhadamanthus, built the palace for his own pleasure. The Phaistos Disc was found here, and those with puzzle-solving brains may want to take a careful look at the characters inscribed on it, which remain undeciphered.

Heading to Chania? You’ll undoubtedly end up heading to the pink-sand beaches of Elafonisi on the southwest coast. But before you run splashing into the sea, stop in to Chrisoskalitissa Monastery (bring a scarf to cover your shoulders). This important religious and historical site was built to venerate the Virgin Mary. The name means “golden step” and refers to the belief that one of the steps leading to the monastery was made of gold, but only those without sin could see it. 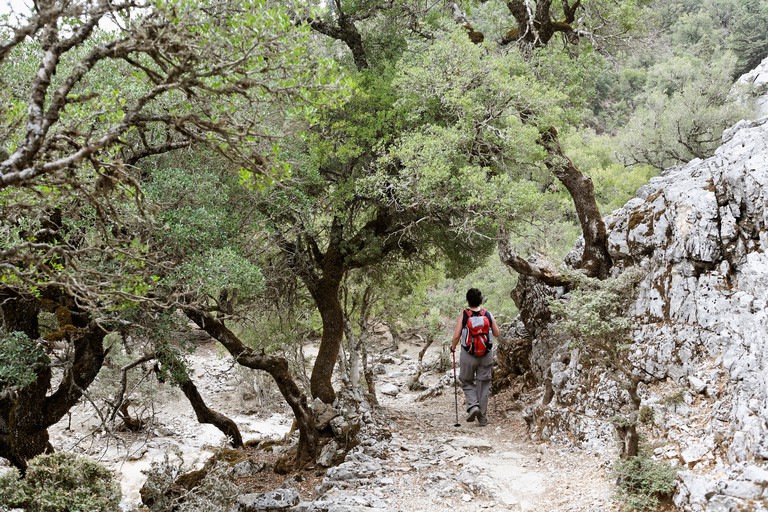 © Westend61 GmbH / Alamy Stock Photo
Book Now
The highest point in Crete lies 2,456m (8,058ft) above sea level, and is known to the Cretans as Psiloritis. The mountaintop is drenched in mythology, and legend has it that it may have been the birthplace of Zeus himself. Though it’s a strenuous hike, and not recommended for beginners, you can reach the top in a day if you’ve got a decent level of fitness. If you make it, don’t forget to ring the bell at the ruins of Timios Stavros church. 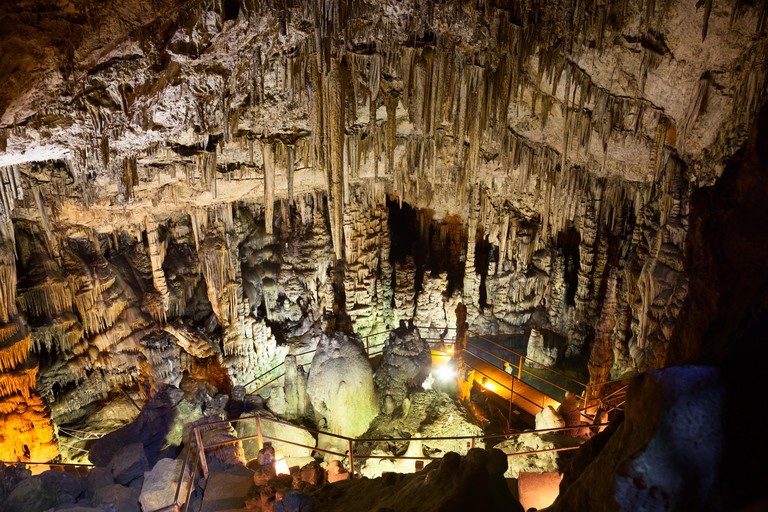 © Dmitry Naumov / Alamy Stock Photo
Book Now
The other legendary birthplace of Zeus is the large Psychro Cave in the Lasithi prefecture in eastern Crete. It’s a small hike to get to the entrance of the cave. Once inside, you’ll see a staircase that takes you down into the cave where there are amazing stalagmites and stalactites. The view across the Lasithi Plateau is breathtaking, and there are plenty of cafes and restaurants where you can take in the sights.

Not sorted your stay yet? Choose from the best luxury or best beach hotels in Crete, now bookable through Culture Trip. Explore more of what the biggest island in Greece has to offer by checking out its best restaurants and beaches, or spend time focusing on the must-see sites in the capital, Heraklion.

This article is an update of one originally by Ethel Dilouambaka.