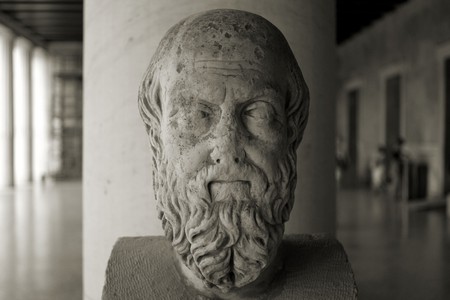 Modern society wouldn’t be what it is today without the inventions and progress made by those in the past, but you will be surprised to discover that many basic things we use daily date back to ancient Greece. Here are a few fantastic examples.

The concept of democracy (demokratia, meaning ‘the people [demos] hold power [kratos]’) was introduced in ancient Greece sometime around the 5th century BC in the city-state of Athens. The effective, semi-democratic model of Sparta, in Peloponnese, inspired the system. The 6,000-member Athenian assembly, all adult male citizens, voted directly on issues affecting the city-state. 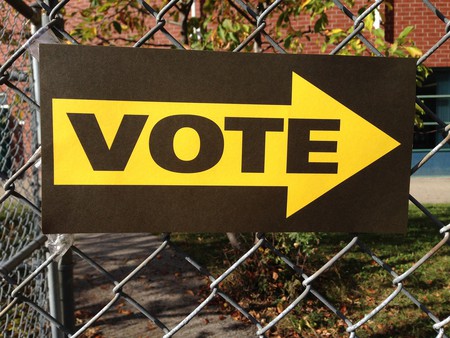 The idea of peer juries – established to witness and decide on cases – originated in ancient Greece, and once again, in Athens. While evidence shows that jurors were mostly wealthy Athenians over 30 years of age, the system often involved a great number of jurors, sometimes up to 500, to prevent any bribery from taking place.

In ancient Greece, the theatre was a part of festivals held in honour of the god Dionysus; it later evolved into an art of its own. Historians believe that Thespis was the first actor and that he founded the tragedy genre. Menander, on the other hand, was a comedian who wrote plays to ridicule the upper class, while satyr plays focused on mythology. While many theatrical styles emerged, they all had the desire to offer commentaries on contemporary issues. 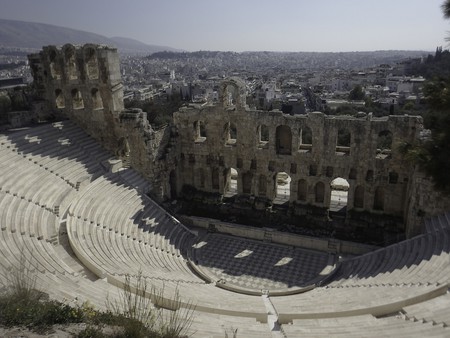 It was in the ancient city of Olympia that the oldest sporting event was born. In 776 BC, the first Olympic Games took place. Meant to honour the god of gods, Zeus, the Games – held every four years – featured the best athletes in the ancient world. The practice continued until Emperor Theodosius banned pagan rituals in 393 AD, and it was only in 1896 that the first modern Olympic Games occurred, once again, in Athens.

Anaximander, a pioneering cartographer born between 611–610 BC, introduced cartography to ancient Greece. He was the first to hypothesise the concept of latitude and longitude and use them when drawing maps, and he drew one representing the inhabited regions of the world at the time. Stretching to the Pillars of Hercules in the west, the map features Ionia in the centre. Part of Europe is represented in the north and even Ethiopia and the Nile in the south. 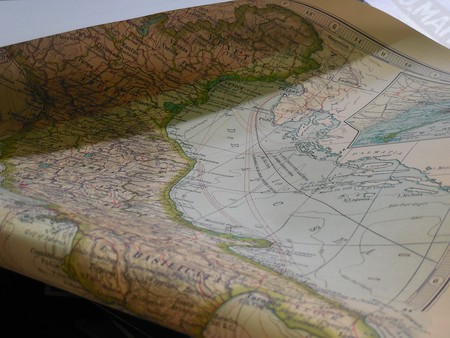 While digital clocks are resolutely modern, historians believe that the first alarm clock originated with Plato, who had a large water clock equipped with an integrated mechanism meant to sound the alarm, which would whistle like a boiling kettle. Rumour has it that he used it to signal the start of his lectures. Another ancient Greek engineer and inventor, Ctesibius, used a clepsydra with a pointer to indicate the time. He fitted an elaborate mechanism where pebbles dropped on a gong at pre-set times.

It is true that geometry was already present in ancient Egypt, Babylonia and the Indus Valley, but it was the Greeks who stipulated that geometric facts should be established by deductive reasoning. Thales of Miletus, Euclid, Pythagoras and Archimedes all gave geometric axioms that are still taught in schools today. 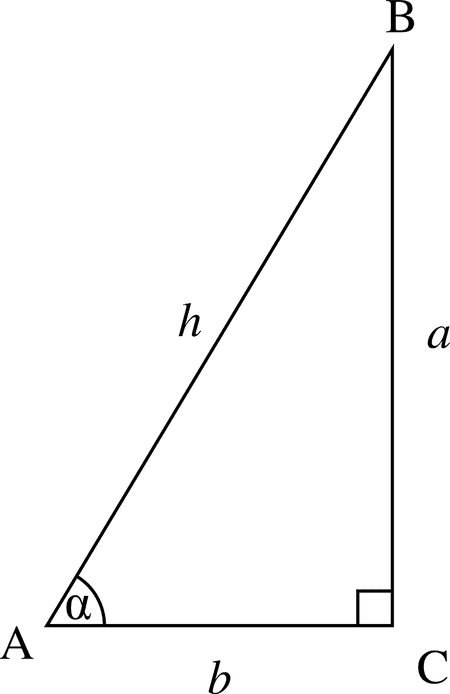 Ancient Greek thinkers tried to find an explanation about the world beyond mythology or religious views and looked to reason, observation and empirical evidence. By studying the world, the seas, and the solar system, Socrates, Plato and Aristotle shaped philosophy as we know it.

It was the Greeks who introduced the idea of utilising light, via a lighthouse, as a way to safely guide ships into the port. Indeed, the first lighthouse ever built stood in Alexandria in Egypt, a city founded by Alexander the Great in 332 BC and part of the Hellenistic kingdom. The Lighthouse of Alexandria, also known as Pharos, was one of the tallest man-made structures in the ancient world, and it serves as a model for lighthouses to this day.

Foundation of medical practices and the Hippocratic Oath

During ancient times, diseases and illnesses were thought to be a punishment from the gods, and remedies were steeped in superstition. But it all changed when Hippocrates of Kos started to conduct experiments and successfully showed that disease was a natural process. For him, symptoms are the body’s natural reactions to a germ or disease. As such, society refers to Hippocrates as the Father of Western Medicine, as his contributions led him to found the Hippocratic School of Medicine and the Hippocratic Oath, all of which paved the way to medical training for doctors and nurses and established religious and ethical standards of care for doctors.

Among the first to sail the seas, the ancient Greeks contributed greatly to ship construction and navigation. One of their contributions is the anchor, which at the time, were huge sacks or buckets filled with stones. Some later versions, however, had the shape of contemporary anchors and were made of stone. 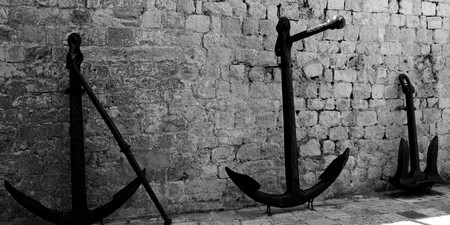 Cranes are omnipresent nowadays, but their origin dates to the 6th century BC when the ancient Greeks invented a man- or animal-powered machine to lift heavy objects, notably when constructing temples or palaces. The presence of holes drilled in the stones shows that ropes were attached to them, to pull them into place.

If you have a car, you know that an odometer is an instrument used to measure the distance travelled by a vehicle. However, back in ancient Greece, the odometer – the word derives from hodos ‘road’ or path and metron, which means measure – was used to calculate the distance between cities. 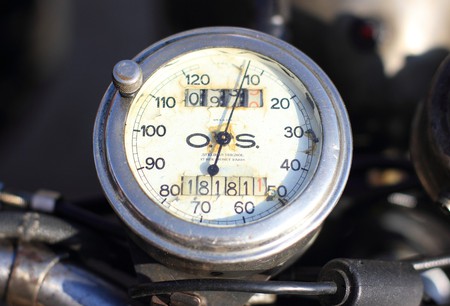 Although British stove maker William Feetham was the one who patented the first mechanical shower in 1767, it was, once again, the ancient Greeks who were the first to have showers. With sophisticated sewage systems and the use of aqueducts, the Greeks installed showers in gymnasia and palaestras (ancient wrestling schools) so that athletes could refresh themselves after training sessions. Later, bathhouses also included communal shower rooms where citizens from all walks of life could come and wash.

Among the original modern Olympic events in 1896, the marathon is now a mainstream running race. The first marathon, however, was actually not for fun but out of necessity. Legend has it that, in 490 BC, soldier Pheidippides covered the distance between the Marathon battlefield and the city-state to announce that the Athenians defeated the Persian army. 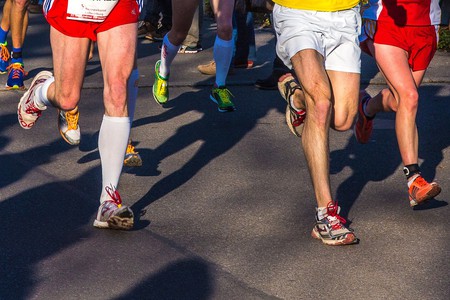 Herodotus of Halicarnassus is thought to be the father of history. Why? He was the first historian to break away from Homeric tradition and ‘[treated] historical subjects as a method of investigation’. He collected and systematically and critically documented historical events, which he then compiled into a narrative. Before him, specific moments tended to be mythical or exaggerated accounts meant to flatter authorities or kings.

You may think that vending machines are an invention of the 20th century, but in all actuality, they date back to ancient Greece; Hero of Alexandria invented one to dispense holy water to worshipers at the entrance of temples. The machine featured a mechanism that would release water once someone placed a coin in the slot. 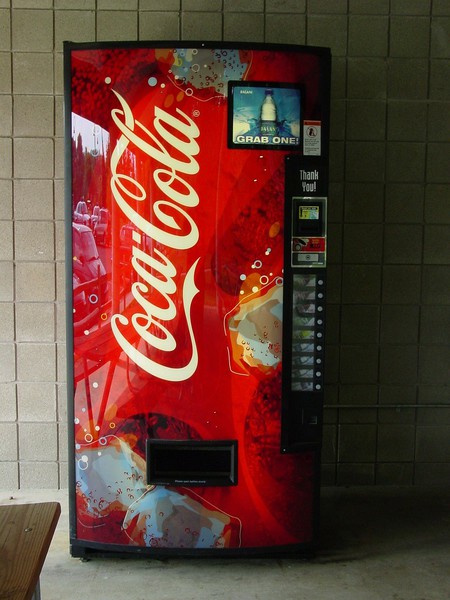 The first clock tower, known as the Tower of the Winds, was built in Athens, near the Acropolis in 47 BC. The tower featured eight sundials and a water clock (clepsydra), allowing merchants to estimate the time of delivery of their products. The tower also served as a weather station, and it still stands today in Plaka. 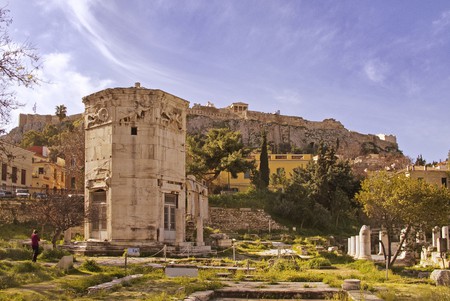 The Tower of the Winds, Athens | © mritz_p/Flick
Give us feedback