15 Greek Slang Words to Help You Speak Like a Local 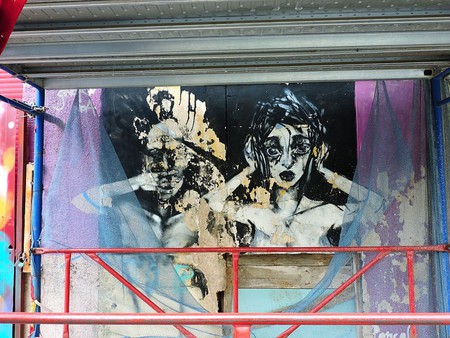 Ancient Greek may be famous for its philosophical sayings, but modern Greek offers a rich new linguistic landscape. Here are 15 casual and slang words to listen out for and use as you travel around Greece.

Éla is an everyday expression that literally means ‘come’ or ‘come now’. It’s used as a greeting, to ask someone a question, or as an expression of disbelief (the latter is particularly common at football and basketball games). If you want one Greek slang word that will help you in almost every situation, éla is it.

Translated as the ‘act of chilling’, aragma is a great casual word to know when hanging out with Greek friends. For example, if you were on the beach you might say to your friend ‘pame gia aragma spiti sou‘, which means ‘let’s go chill at your place.’

A little ruder and unlikely to be found in your average phrase book, malaka directly translated is an English swear word, but is used among Greeks as a friendly, affectionate term. Use it on a stranger and you might still find yourself in trouble, but if you make friends with the locals don’t be surprised if you hear and use it all the time.

Ya is the shortened version of yassas, which means ‘hello’ and ‘goodbye’. Ya is the equivalent of hi and bye: a chilled, friendly way of speaking to someone as you arrive or leave. If you’re in a hurry or feeling happy you might also use it twice in a row for extra emphasis: ‘ya ya.’ 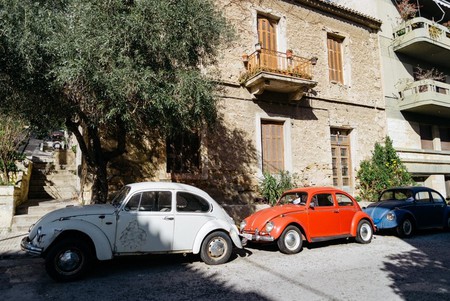 The Greeks have a great phrase for talking about doing something that’s completely for yourself: ‘Gia parti mou‘. It roughly translates as ‘my party’, with the emphasis being on treating oneself and not caring about anyone else. After a long week at work you might use it to describe your plans for the weekend, or if you decide to splurge on a present for yourself.

Used as a term of affection, the phrase ‘paidi mou’ means ‘my child’. The word is pronounced ‘peth-ee’ with the ‘aid’ forming an ‘eth’ sound. While it’s often used by parents and grandparents, it is also used between friends and to express concern or endearment.

Any time that you find yourself toasting at supper or a bar, yamas is a word that will be useful. The equivalent of ‘cheers’, you’ll find it difficult to say without a smile on your face. 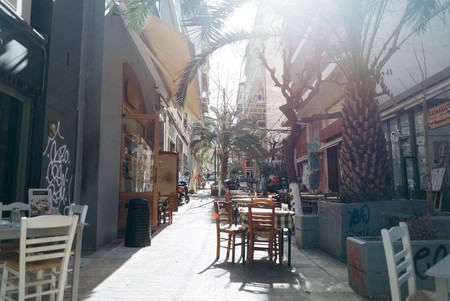 Directly translated as ‘what do you say?’, ti leei? is used to ask a friend ‘what’s up?’ in an informal way. You might also use ‘ti ginete?‘, which is a more direct translation of ‘what’s up?’. You’ll hear both of these phrases used as Greeks meet each other as a kind of opening welcome, as well as a more earnest question in the middle of a conversation.

Meaning ‘perfect’ in English, telios or telia is used to express happiness and contentment in a range of circumstances. For example, if a waiter asks how you enjoyed your meal you might say that everything was telia.

The art of halara is one the most revered aspects of Greek life. It means to take it easy, and you might use it when speaking about yourself, or when giving a friend the advice to relax.

If you’re searching for a casual way to ask your friend about their whereabouts, pou ise re is the perfect phrase. The chilled, casual expression is great for making plans at the weekend or getting friends to come with you to the beach. In Greek, the word re is used to add emphasis to phrases, but can also be taken as an insult if used when speaking to strangers. 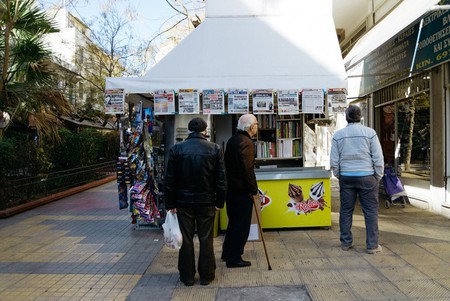 Kamaki is a slang word used to refer to a guy who spends a lot of time trying to pick up girls. If someone is a serial flirter, he might be referred to as a kamaki. The word can be used as an insult but also in a more playful way when speaking with friends.

Filia means ‘friend’ or ‘friendship’, kind of the equivalent of ‘mate’ in English. Filos mou can be used as an affectionate reference to a friend, and also to describe somebody you’re dating. Filia is a nice way to sign off texts and messages too, where it means ‘kisses’.

If you want a saying that is stronger than ‘I like you’ without romantic connotations, then S’ Oreos is a useful word. The English equivalent would be a saying such as ‘you’re a good egg’, meaning that you respect the other person’s character and approach to life.

Alani comes from the word alana, which refers to a lane or alleyway where kids might play. Saying somebody is an alani means that they’re a carefree and slightly rebellious kind of person. In English, the closest equivalent is ‘dude’ (alani) or group of dudes (alania). You would usually use it when greeting somebody.