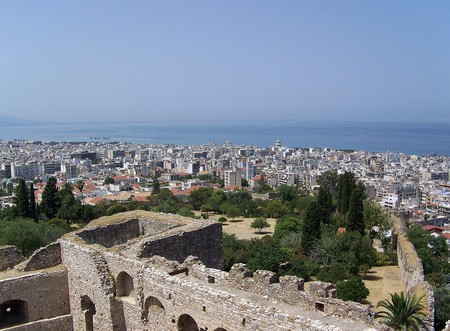 View of Patras from its fortress | © Guillaume Piolle/WikiCommons

Greece is much more than sandy beaches and ancient monuments and sites—it is also dotted with underrated cities throughout its territory. Case in point, Patras: Greece’s third largest city situated in the northwest of Peloponnese. Thanks to its university, it has a large percentage of students, but the city is much more than that. Here are 13 reasons why you should stop by Patras on your next visit to Greece.

If you are looking for the perfect spot to watch the sunset, head straight to the castle of Patras. Built in the 6th century A.D. on the site of the ancient acropolis of Patras, the kastro overlooks Patras and offers spectacular views over the city and the sea. Accessible by a steep flight of steps from the southern edge of the Old Town, the old citadel stands tall and keeps watch over the city. 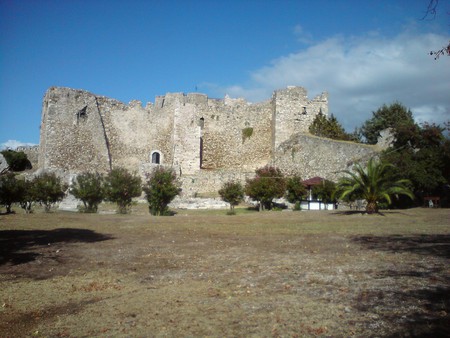 Keep of the Patras Castle | © Automatomato/flickr

Discover the Mycenaean artifacts found throughout the region at the local archaeological museum. Displaying the history of the city, the museum includes exhibits ranging from prehistory times to the end of Roman period. You will get the chance to admire reconstructed Roman mosaics from old mansions, as well as tools, jewelry and other items from the period. 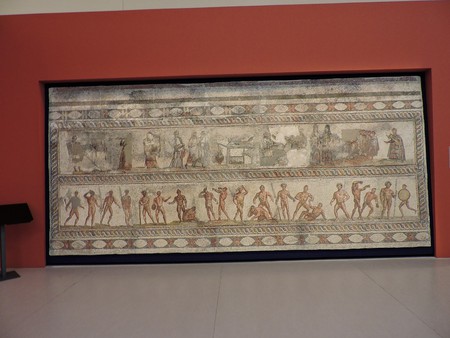 Thanks to its strategic position, Patras became an important hub during Roman times. As such, one of the most significant sites still standing today is the Roman Odeon (or odeum), built in 160 A.D. Located in the Old Town, the odeon suffered several earthquakes and invasions before undergoing restoration works in the 20th century. Today the Odeon serves as an open-air venue. 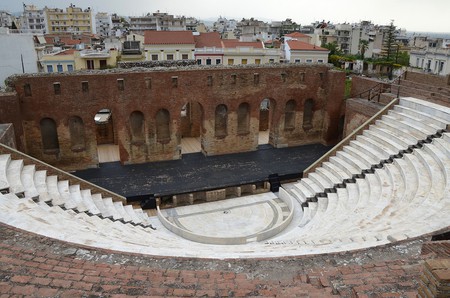 A major event in the cultural life of the city, the Patras International Festival was founded in 1986. Since then, the festival has gained international recognition, establishing itself as a leading cultural event in Greece. Focusing on music, theater, film, dance performances, and visual arts, the festival attracts thousands of visitors every year, who have seen local and international artists and bands performing in the city.

Dedicated to the protector saint of the city, the cathedral of Saint Andrew of Patras (Agios Andreas) was inaugurated in 1974. According to the tradition, Saint Andrew, one of Jesus’ disciples, was crucified in Patras, near the port where the cathedral now stands. Built in the Byzantine style, the church has the largest dome in the country and can accommodate up to 5,000 people. 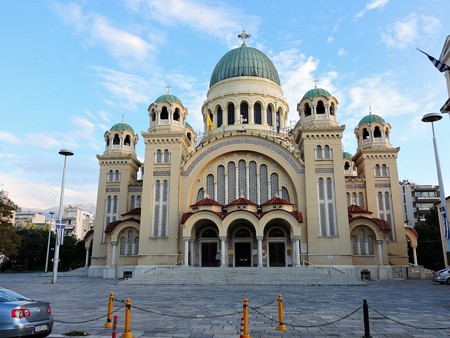 Right next to the Roman Odeon, the Roman amphitheater was built in the 1st century A.D. Considered to be another of the most significant monuments of the city, the amphitheater has undergone restoration works, and is also used as a multicultural venue. Explore it and imagine going back to simpler times, when ancient dramas and music performances were held at the time the city was undergoing a major growth. 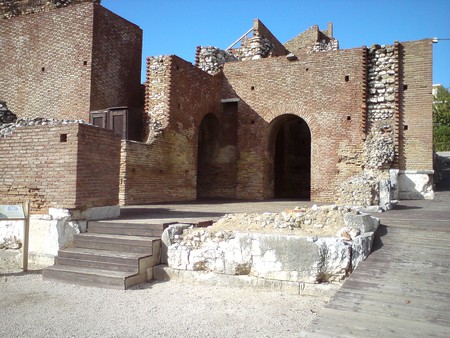 Because the city is home to two universities and one technological institution, there is a large population of students living in Patras. As such, the city is filled with bars, lounge cafés and restaurants. After dusk, the streets come to life and the city awakes. You will surely spend lively evenings and dance the night away in one of its many bars.

The Carnival of Patras

With a strong Italian influence, the Carnival of Patras is a 180-year-old tradition that sees many people flocking to the city every February for the occasion. Along with floats and parades, the carnival includes art performances and, of course, a lot of fun. Visitors and locals alike dress up and compete in various games and even theatrical sketch contests. There is also a carnival for children where workshops and activities are held, making it a fun event for the whole family. 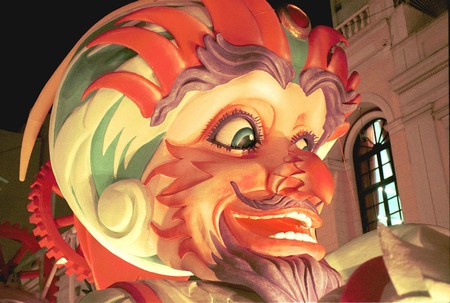 The float of the King carnival parading in Patras, Greece in Georgiou I square | © Gontzi/WikiCommons

One of the few Turkish baths in Europe still in use to this day, the Turkish Baths, or hammam, of Patras were first founded in the 1400s. Located near the Pantokratoras Church—a miniature replica of the Agia Sofia Church in Istanbul—the baths are open to men and women, and it is the perfect stop to relax after a day of sightseeing.

Another spectacular monument is the Apollon Municipal Theater. Situated in Georgiou I Square, one of the city’s main squares, the theater was designed by German architect Ernst Ziller and completed in 1872. One of the four neoclassic theaters in the country, the Apollon Theater now houses the Patras Municipal and Regional Theater, and is a micrograph of La Scala in Milan. 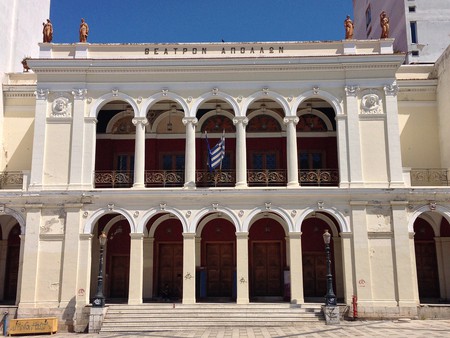 Forget sightseeing and instead enjoy some wine. Since you are in Patras, take the time to visit the Achaia Clauss winery, one of the oldest wineries in the country. Founded in 1861 by Gustav Clauss from Bavaria, the winery still produces wines to this day. Known across the country for Mavrodafni, a red dessert wine, the winery boasts magnificent views and a beautiful setting. 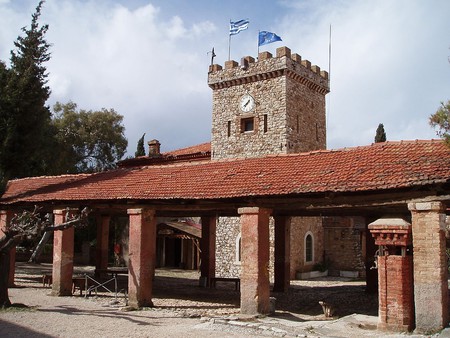 Since Patras is a major port connecting Italy and Western Europe to Greece, it boasts an extensive coastline, with many beaches. One of our favorites is Kalogria beach, 28 miles (45km) away from the city and surrounded by the lush pine forest of Strofylia. The beach is a favorite for locals, and is a popular destination for windsurfers too. The area also includes a river forming estuaries, which makes it an ideal destination for birdwatching.

Take the chance to discover a lesser-known ancient monument too. The Wall of Dymaeans is a unique fortified Mycenaean acropolis near Patras. Mythology has it that demi-god Hercules built the wall in order to protect the land of Dyme from the invasions of the Eleans. It turns out it was built during the Mycenaean period and the defensive structure was even used by the Venetians. 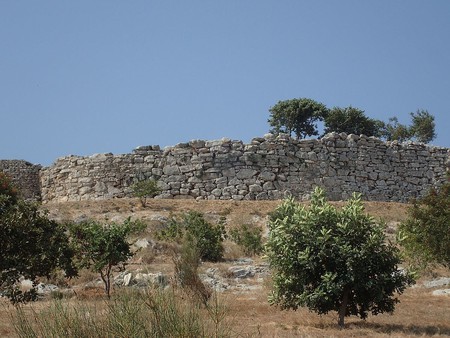 Northern section of the Dymaean Wall | © Siga/WikiCommons
Give us feedback