11 of the Best Greek Love Songs 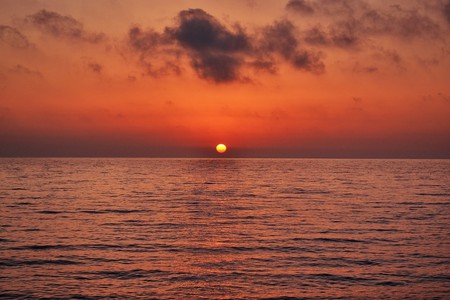 From cheesy chart hits to classic Greek ballads, there’s no shortage of emotional Greek music to pull at your heartstrings and make you fall in love. Whether you’re looking for famous Rebetiko and Laika songs or something a little more modern, read Culture Trip’s guide to classic Greek love songs to listen to.

A traditional Rebetiko song by the legendary Sotiria Bellou, ‘Don’t Go Away From Me Again’ is a passionate invocation to her lover to stay close. Bellou was one of Greece’s most acclaimed Rebetiko singers whose melancholic and wistful songs soothed and inspired the country, especially during the 80s. Sotiria’s voice is considered by many to be a soundtrack to the Papandreou government. Today, her songs continue to have the same powerful impact.

Meaning ‘The Statue’, Giannis Poulopoulos’ song is a lyrical and evocative ode to his lost love. The singer describes how he tells his woes to the statue before bursting into tears. Even if you can’t understand the words, the melancholic melody is bound to move you.

Nikos Vertis sings passionately to his love on ‘An eisai ena asteri’ (If You Are a Bright Star). The singer speaks to his love asking if she is a star burning bright and asks her to stay shining for him. Vertis is one of the classic Greek singers of the contemporary age who packs out major concert venues with his heartfelt and soulful performances.

Michalis Hatzigiannis’ ‘That I Love You’ is a love song full of dramatic declarations and self-doubt, the stuff that many a Greek tragedy has been built on. ‘Maybe it was right to resist me’ he sings mournfully. Such a melancholic performance is one of the many reasons that the singer has become an icon in Greece – one of the most successful Greek artists of the past ten years.

Another offering from Nikos Vertis, ‘I Want You to Feel Me’ is an impassioned call to his love. ‘If you knew that I hate the nights / Cause they punish me for losing you’ he croons as the song opens. Listen while driving along the Athenian Riviera as the sun sets for the ultimate dramatic impact.

Having released over 200 albums during her career, Greek singer Nana Mouskouri is certainly one of the country’s best-known artists as well as amongst its most talented. Hailing from Crete, she became famous for her song ‘The White Roses of Athens’. In ‘Show Up to the Window’, Nana poignantly covers a traditional island tale. ‘Come and show up to the window’ the singer implores her lover, ‘to tell you that I love you / angel of my life’.

The Greek hit of the summer, ‘I Wanna See You Again’ is a punchy and upbeat track that offers a flavour of modern Greek summer romance. Sung by Panos Kiamos who joins BO and ‘Super Sako’, the song is all lust and desire. Not poetry perhaps, but expect to hear it on repeat in the clubs this summer.

Nikos Economopoulos’ song ‘First Love’ is a humble and emotional dedication to his first love. Economopoulos came to fame on the music talent competition Dream Show: The Music 2. ‘Proti Agapi’ was one of his first releases back in 2007, and the singer has since gone on to become one of the country’s most popular performers. When listening to his incantations of early love, it’s easy to see why.

Simple and soulful, Giannis Kotsiras sings a classic Greek love song about the scope of his love in a song simply entitled ‘How Much I Love You’. Kotsiras began singing Rebetika and Laika in the 1990s and consequently became one of Greece’s beloved singers.

‘Make Like You Met With Me’ by Stamatis Kokotas compares the singer’s fantasy of being with the woman he loves to the reality where he is alone. The rousing melody and soulful delivery make this a firm favourite in Greece, sung by the owner of some of the country’s finest sideburns.

One of the leading Laika singers with 66 albums to her name, Marinella is a star of the Greek music scene. Her song ‘Drop by Drop’ is a tale of lust and desire; the singer is nourished by her love and longs to be with him.