11 Cultural Festivals on the Greek Islands to Know About 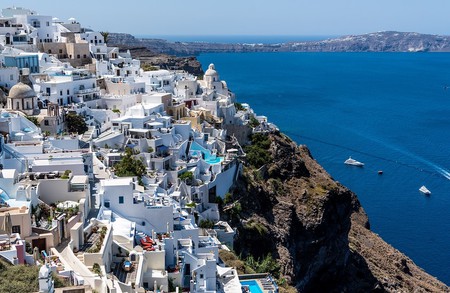 Every summer on Amorgos, islanders and visitors gather in the town centre to celebrate the traditional Greek drink of Psimeni raki. Attendees get to witness how it is traditionally made on the island, an event which then gives way to a festive evening of raki-inspired celebrations. Revelry is marked by the arrival of a boat of young dancers in traditional dress who are welcomed with raki and local delicacies. This evolves into night-long dancing and music which often goes on until the next morning.

Now in its sixth year, the Syros International Film Festival brings a mix of classic Greek and international films to the island every July. Screenings take place in different locations across the island, transforming abandoned football pitches into drive-in cinemas and the walls of ruins into picturesque screens. There’s a lively atmosphere throughout the festival and great parties in the evening.

Held every other year at the start of the summer, the Mykonos Biennale is the ultimate antidote to the revelry and hedonism that takes place elsewhere on the island. The event welcomes artists and curators from Greece and abroad to exhibit work. There are also events and workshops, video installations and talks that take place across the island. If you want to see Mykonos in a different light, this is the event for you.

Naxos’s Domus Festival takes place on the island throughout the summer months with an eclectic programme in and around the Venetian Museum. Expect something for everyone, from jazz and blues to traditional Bouzouki music, electric violin shows and movies at the Venetian castle.

Art of Motion in Santorini

If you plan to visit Santorini in autumn then you’re in for a treat: art of motion brings some of the best free runners and parkour practitioners to the island in October. The competing participants are judged on a strict criteria of creativity, ambition, execution and flow. It’s an impressive and energising event to witness and you won’t regret planning your visit to coincide with the festival.

Every September Syros transforms into a vibrant hub for animators who travel from across Greece and Europe to catch up on the latest animation trends and show off new work. The festival includes workshops and talks as well as screenings and an award ceremony. There are concerts and exhibitions, too which makes this festival the perfect way to end a summer on the Greek islands.

Every September the International Music Festival on Santorini draws a sizeable crowd. Having been running since 1979, the festival has amassed a serious international reputation and brings renowned classical and contemporary artists to the island each year. There’s no better environment to enjoy performances than with a white Cycladic backdrop, under the stars.

Beer in Greece is becoming an exciting industry with many local craft beer makers cropping up across the country. Corfu Beer Festival gathers some of the best local producers to celebrate the communal culture and creative approach to beer. The festival was designed to extend the interest in Corfu beyond the summer months, and it worked. Visitors to the beer festival now total 10,000 each year. A fun and engaging way to learn about local Greek culture and meet new people. 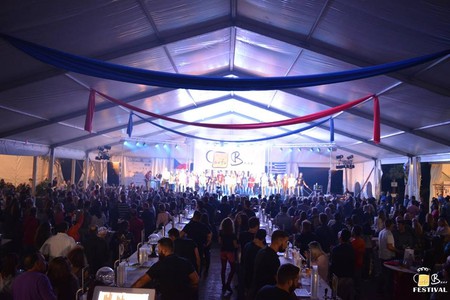 Every summer the island of Crete celebrates the best of local produce with a lively festival in Rethymno Municipal Garden. The event brings together visitors and locals to sample the best Cretan flavours and enjoy traditional folk dance and music. From local wines to smoked meats and olive oils, there’s no shortage of tastes to enjoy.

Though now famous for being one of the locations of Mamma Mia, Skiathos has much more to offer than a space to stage ABBA’s finest songs. During the summer months in Skiathos the old school in the island’s Bourtzi fortress transforms into a lively cultural hub. Events and performances are dynamic and varied, from traditional music recitals to more contemporary exhibitions.

Tinos has recently gained a reputation as a dream destination for food lovers, and rightly so. One festival helping to shape the island’s reputation for culinary excellence is Tinos Food Paths, a five day event that brings together the best of the island’s gastronomy. Local restaurants and producers team up to bring locals and visitors around the island to taste the best of Tinos. If you’re a foodie, don’t miss this!