11 Books Based on Greece Everyone Needs to Read 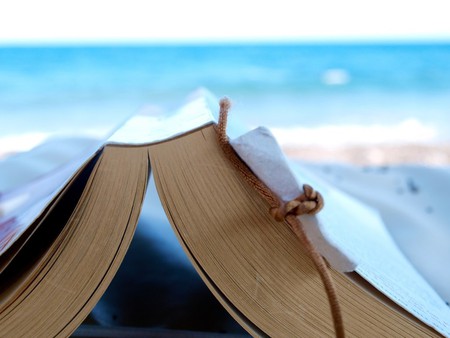 Want to understand Greece beyond the anecdotes your neighbor told you after his 10-day summer vacation last year? If you can’t travel there anytime soon, books are a great alternative way of getting to grips with the Greek psyche and mentality. From fiction to non-fiction, here are some books you ought to read if you are in love with Greece.

Eleni Gage is the daughter of Greek-American writer Nicholas Gage. The 20-something New Yorker has written an epic memoir run through with Greek folklore in North of Ithaka. The book recounts leaving her life as a journalist in Manhattan to move to her family’s godforsaken village in Epirus, an off-the-beaten-path region of Greece, to rebuild her family’s home.

While the premise of the story may seem simple, it is actually quite complicated, as the family home was the scene of torture and imprisonment during the Greek Civil War, and where her paternal grandmother was killed. Gage brilliantly narrates her journey in her homeland, sharing with spirit and wit the supervision of the reconstruction, her relationships with locals and her tale of self-discovery. 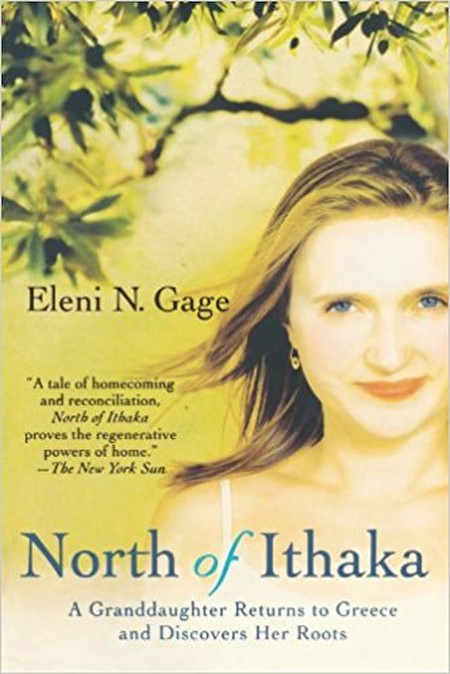 If you ever wonder how Athens looked at the turn of the 20th century, Walking in Athens with Constantine Cavafy is definitely a must-read. Born in Alexandria, Egypt, Egyptian-Greek poet Cavafy recounts his first visit to the Greek capital in 1901, accompanied by his brother, Alexandros. The book is a fascinating journey around Athens, which has been undergoing serious change. While many buildings he describes are still standing today, the most striking changes include the archaeological part of Athens. Offering an interesting insight into the Athens of yesteryear, the book includes a map that shows the drastic changes that followed the urban explosion and demographic boom Athens experienced during the 20th century.

Greek literature is much more than retellings of ancient mythology or epic poems. Sergios Gakas is a writer of noir, and with Ashes he has created an authentic portrayal of Greek society. Suspense and mystery are present in this story of addiction, revenge, corruption and conspiracy. It’ll leave you hooked until the last page. 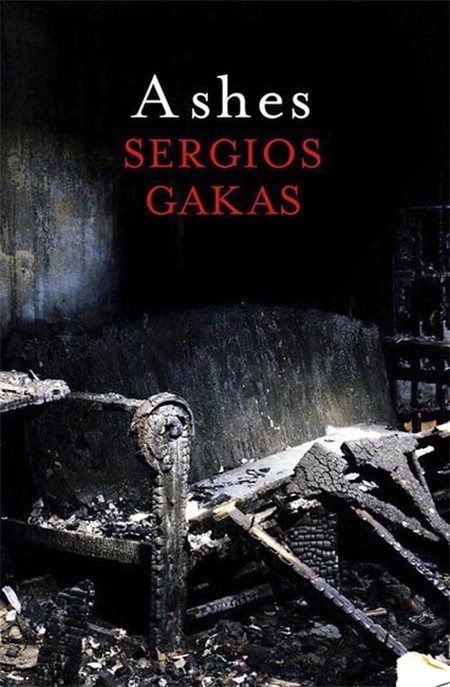 Theodore Pagiavlas, Holy Madness of Modern Greeks (An Introduction to the Ways of the Greeks)

If you are interested in learning about and understanding Greeks, Holy Madness of Modern Greeks by Theodore Pagiavlas is a great start. Offering an insight into Greece’s rich history, literature, music and culture, Pagiavlas provides a portrait of the psyche of modern Greeks, and shows aspects of their nature and mentality.

Depicting life in a Greece in crisis, Christos Ikonomou’s Something Will Happen, You’ll See is a collection of short stories about working class characters living in the neigbourhoods around Piraeus, the large port of Athens. Focusing on laid-off workers, impoverished families, seniors and young couples who struggle to make ends meet yet still hold on to hope. The stories are heart-wrenching and humane, and give readers an insight into the daily life of Greeks during the economic crisis. 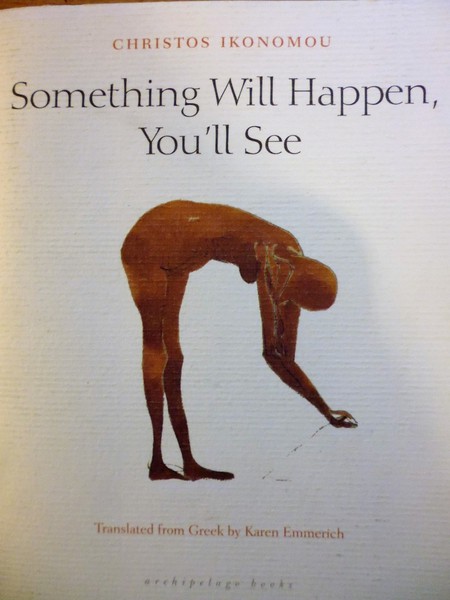 Amanda Michalopoulou, Why I Killed My Best Friend

Get a glimpse into the political situation in Greece during the 1970s and 1980s in this simple yet beautifully crafted novel, Why I Killed My Best Friend. The story follows two little girls into adulthood. The first, Maria, left her home in Africa to relocate to her homeland, Greece. Trying to adjust to her Athenian life, she meets Anna, who moved to Greece with her parents from Paris. The girls become best friends, although their differences only grow as the girls age.

Nikos Dimou, On the Unhappiness of Being Greek

Written during the junta in the 1970s and published in 1975, On the Unhappiness of Being Greek is still relevant today. This collection of aphorisms caused the author, Nikos Dimou, to be labelled a traitor by some of his compatriots. Posing himself as an observer of Greeks, Dimou made painful observations about Greek identity. In the postscript the author writes: “I have tried, simply, to articulate my observations in such a way so that serious people will find them to be serious, while less serious ones will find them less serious. I am now tortured by the possibility that the exact opposite will occur.” 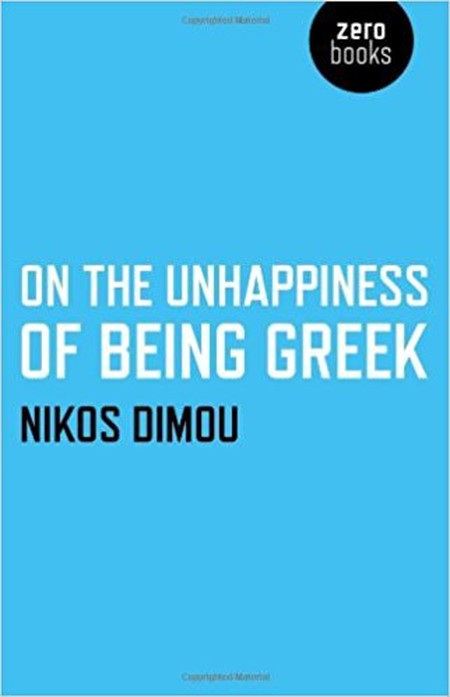 Fiction is a great way to learn about historical events while being entertained. In The Thread by British novelist Victoria Hislop, Greece’s second city Thessaloniki takes center stage. The story spans several decades, starting with the Great Fire of 1917 and leading up to the present. Relive historical moments, such as the exchange of populations between Turkey and Greece and many other events, while following the story of memorable characters.

Despite the title, this book is not a travel guide, but an introduction to Greek culture, politics and history. The 24 stories and essays within are based on ancient myths and modern tales, of occupation and civil war but also simply of life. Greece: A Traveler’s Literary Companionis your chance to get acquainted with Nobel laureates Odysseas Elytis and George Seferis, as well as emerging writers.

An important aspect of any culture is music. In Rebetiko, David Prudhomme explores the world of rebetiko, the music that connects the east and the west. A music associated with the lower class, rebetiko was brought to Greece through Asia Minor. It flourished in ouzeria and bars, going through a period of refinement to reach all classes of society. In this novel, Prudhomme follows a group of rebetiko musicians under the regime of General Metaxas, who thought rebetiko was a symbol of criminality and a bad memory from the Turkish occupation. Inspired by real musicians, Prudhomme tells a tale of passion for music, friendship and Greece in the 1930s. 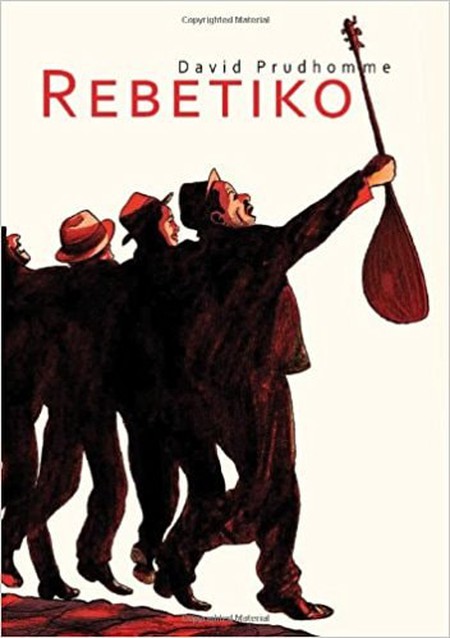 A genius of crime novels, Petros Markaris is the author of Deadline in Athens: An Inspector Costas Haritos Mystery. Featuring police inspector Costas Haritos, the novel focuses on the resolution of a murder case of an Albanian couple in Athens, which is not of interest to the police. But things change when a journalist is murdered after announcing a major revelation about the case. What follows is an intricate mystery that reflects the political and social realities of Greek society. Fair warning: this one is a page turner.