11 Books About Greece to Read on Your Summer Holiday 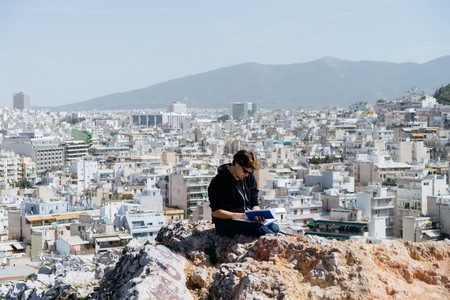 From light fiction to political poetry, read Culture Trip’s guide to the best books about Greece to enjoy on your summer holiday this year.

More than 15 years after the release of Jeffrey Eugeniedes’ hotly anticipated follow up to Virgin Suicides was released, his second book feels more relevant and timely than ever. Middlesex tells the story of a hermaphrodite gene passed down through generations of the Stephenides family. The central narrative is based around the experience of the youngest of the clan, Calliope. But the novel expertly travels through the family’s history, from the tale of the Greek grandparents who emigrate from a small village in Greece to America. Funny, warm and nuanced, Middlesex is a kind of modern Greek epic.

‘Why I Killed My Best Friend’ by Amanda Michalopoulou

Set against the 1970s dictatorship in Greece, Why I Killed My Best Friend is a riveting story about an intense and complex friendship between two women. Starting as childhood friends Maria and Anna first bond over their common status as outsiders at school. As they grow up, the novel juxtaposes the rifts of the two over education, shared experience, family and place against an increasingly turbulent political context in Greece, and beyond that to present day. Funny, dark and compelling, Why I Killed My Best Friend is a book to read in the summer if you’re looking for a story that will stay with you. 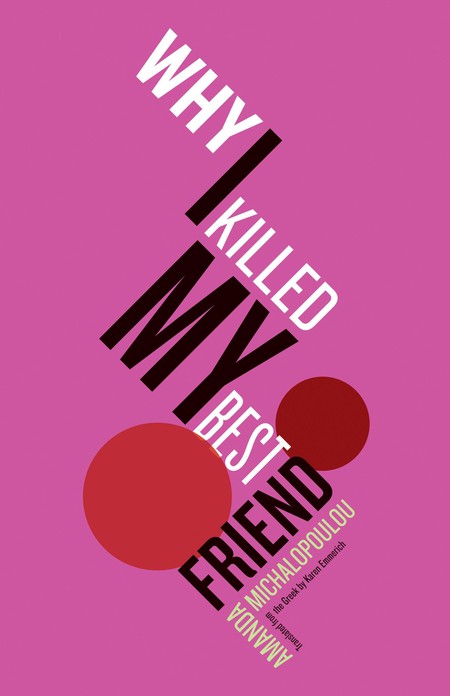 ‘My Family and Other Animals’ by Gerald Durrell

My Family and Other Animals is Gerald Durrell’s autobiographical account of his family’s relocation from England to the island of Corfu. Funny and sweet, the novel immerses readers in the chaotic and eccentric world of the Durrells as they adjust to their new life – and the rostra of animals and insects that come along to visit.

‘Zigzag Through the Bitter-Orange Trees’ by Ersi Sotiropoulos

A winner of the Greek State Prize for Literature, Zigzag through the Bitter-Orange Trees weaves the lives of four disparate characters together in a surreal, humorous and dark portrait of modern Greece. From Lia, a young woman dying in hospital from a mysterious and undiagnosable illness, to 12 year-old Nina, a victim of male desire with an empowered new vision for adult life. Published in 2007, Zigzag Through the Bitter-Orange Trees is a modern classic and a joy to read. 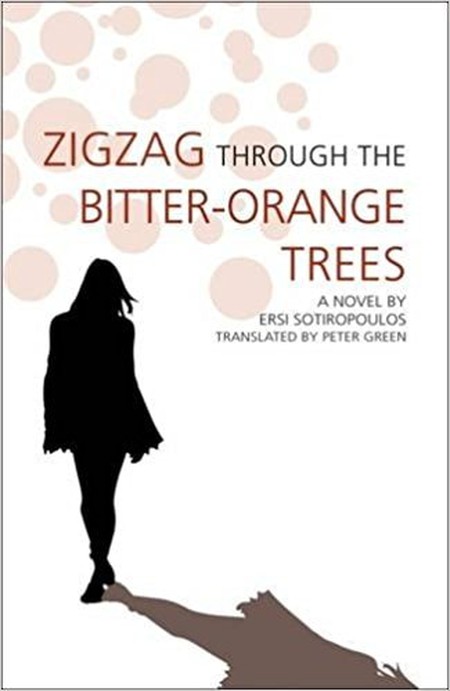 Zigzag Through the Bitter-Orange Trees by Ersi Sotiropoulos | © Amazon

‘A Concise History of Greece’ by Richard Clogg

In A Concise History of Greece Richard Clogg expertly condenses the huge and complex narrative of modern Greece into an engaging 300 pages. Starting with the end of the Greece’s inclusion in the Ottoman Empire and guides readers through a civil war, two World Wars and onwards. Finishing with an analysis of Greece in the new millennium, Clogg’s masterful account ensures readers finish with a thorough and comprehensive understanding of how the country arrived at its complex economic and political situation today. 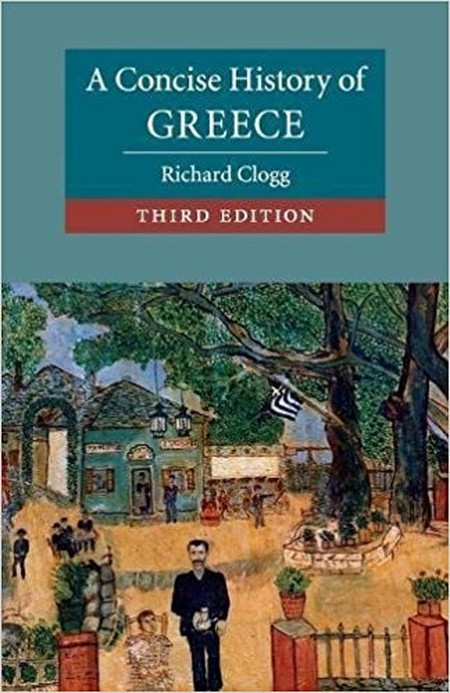 A Concise History of Greece by Richard Clogg | © Amazon

‘The Magus’ by John Fowles

The Magus centres around the story of a young Englishman named Nicholas Urfe who travels to the island of Phraxos (an imaginary destination believed to be based on Spetses). There he encounters the mysterious character of Maurice Conchis who leads Urfe on a journey of misadventure and existential discovery. Magic, compelling and bizarre, this is a novel that you’ll find yourself racing through. The pacy narrative is set against majestic and sensual evocations of the island, rendering the book a must-read for any lover of Greece.

‘Something Will Happen, You’ll See’ by Christos Oikonomou

As a collection of contemporary short stories readers will be hard-pressed to find a more evocative and engaging collection about modern life in Greece. Oikonomou’s prose brilliantly portrays life in the neighbourhoods around the port of Piraeus . Relationships fall apart, violence abounds, job prospects disappear and political life is unstable and unreliable. Yet even when faced with such relentless challenges the characters remain hopeful for change – a testament to the resilience and kindness of the human spirit, even when faced with disaster and unbridled misery. Oikonomou’s collection certainly isn’t an easy summer read, but it is a necessary one. 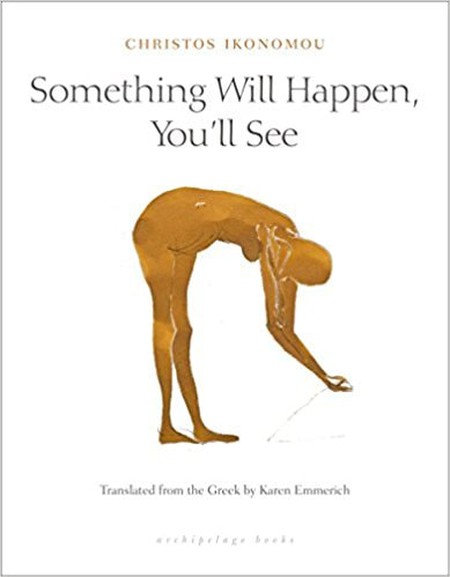 Something Will Happen, You’ll See by Christos Oikonomou | © Amazon

Shirley Valentine is a play by Willy Russel that was later adapted into an iconic 1980s film. But for those looking to embrace an empowering summer spirit the play is essential reading. Set as a monologue readers can follow Shirley’s journey of self realisation from depressed Liverpudlian housewife to emancipated Mykonos lover. It will make you smile until your cheeks hurt. 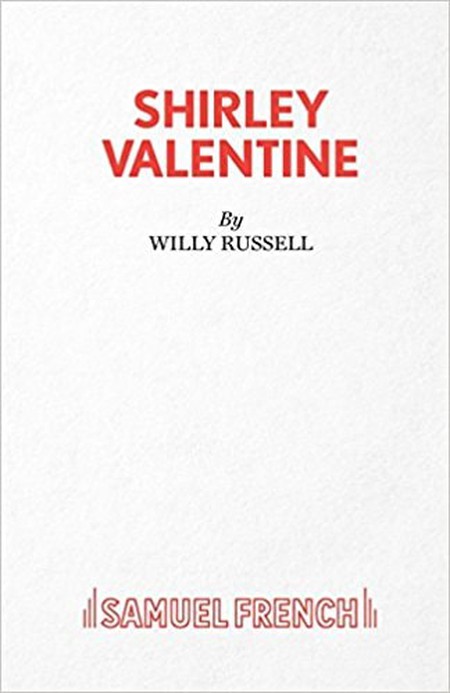 A direct response to the economic crisis which hit Greece in 2008, Austerity Measures: The New Greek poetry brings together a collection of poets from Greece and the Balkans. The range of poetry alone makes for immersive reading, as does the subtle, nuanced voices of the contributors. Themes range from love in the digital age to unflinching portraits of a country in the throes of economic ruin and societal fracture. 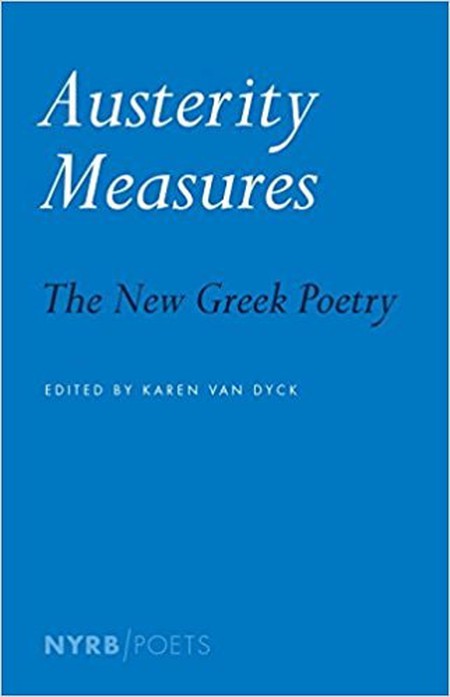 ‘The Fratricides’ by Nikos Kazantzakis

Most famous for his novel Zorba the Greek, Nikos Kazantzakis is one of the most renowned literary voices in Greece. The novel centres around the experience of a priest during the Greek Civil War. Set in the village of Castello, 70-year old Father Yanaros must navigate the tensions between the local residents while also reconciling his relationship with God. This is a heavy and absorbing tale that faithfully conveys the destruction of the Civil War in the context of a violent and beautiful natural Greek landscape. 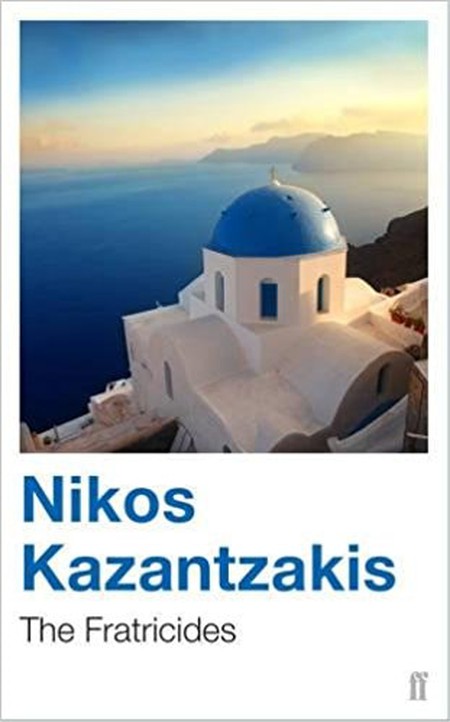 The Fratricides by Nikos Kazantzakis | © Amazon

Outline tells the story of an English writer who moves to Athens one summer to teach a creative writing course. As the novel suggests the overarching theme of the book is the idea of distance and sketches – characters appear and disappear, providing sketches of their lives without the narrator ever gaining true knowledge or intimacy with them. Similarly the reader never truly knows the narrator, she remains an enigmatic figure, in many ways a vessel for the stories of others rather than a central protagonist. Atmospheric and rich, this is an absorbing tale.