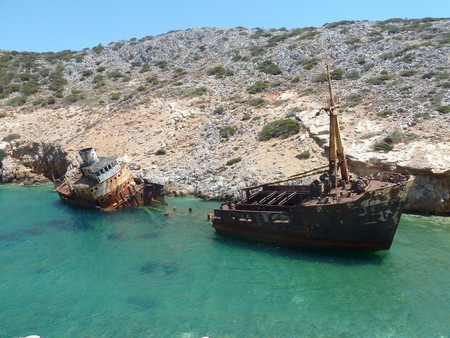 Looking for untouched beauty and some peace and quiet for your next holiday in Greece? Forget the hordes of tourists in Santorini and Mykonos and avoid the hustle and bustle of Ios; there are other priceless treasures in Greece that await your discovery.

For lovers of nature, Alonnisos is perfect. The most remote of the Northern Sporades, Alonissos, which can be accessed by ferry from Skopelos, is a refuge for rare seabirds, dolphins and the Mediterranean monk seal, monachus monachus. Patitiri is the picturesque harbour and capital of the island, boasting a beautiful stone-paved waterfront. Old Alonnisos, or Hora, is home to remarkable monuments such as the medieval castle overlooking the Aegean Sea. For a day at the beach, enjoy the crystal clear waters of Meyalos, Milia and Marpounta. 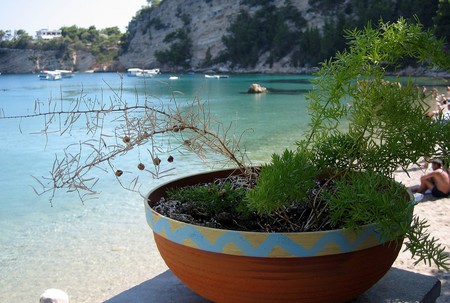 Astypalaia is part of the Dodecanese group in the southern Aegean and located far west of Kos, boasting centuries old history, whitewashed villages and sun-drenched beaches. The island is ideal for a secluded escape.The capital town and port is Hora, one of the most picturesque towns in the Aegean. Located at the highest peak in Astypalaia is the castle towering over the town with the strikingly white domes of the Evangelistria and Agios Georgios churches visible over the walls. Among the must-see sights in Astypalaia are the seaside village of Livadia, the Talaras Baths and the Chemeni Limni lagoon. 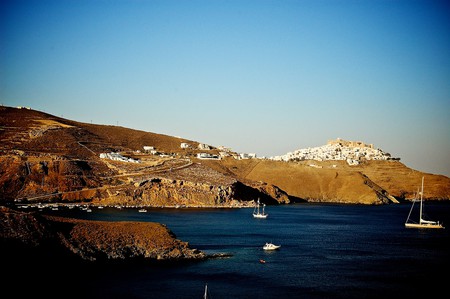 Folegandros is an undiscovered island on the southern edge of the Cyclades near Santorini. Its untouched beaches and its architecture captivate sun-seeking visitors. The clifftop village of Hora is one of the most appealing in the Cyclades. The beaches you need to visit include Karavostassis, Vitzetzo and Hohlidia. The island is made for hiking, with the path from Hora’s cemetery to the hilltop church of Panagia offering spectacular sunset views. A far as the island’s cuisine is concerned, try the famous matsata, a typical homemade paste served with roasted lamb and tomato sauce. 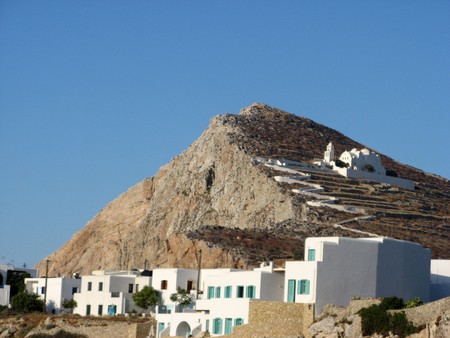 Ikaria, home of the mythical Ikaros, is located seven hours from Piraeus, the port of Athens. Ikaria is known for its exquisite beaches and culture. The pure white sand and truly blue water make a visit to this beach an unforgettable experience. The island has ideal weather conditions for surfing. In Messakti, Nas and Livadi, you can enjoy the waves from spring to autumn. The secret to a long life in Ikaria is simply having a capacity for fun, food, mirth, music and drink. 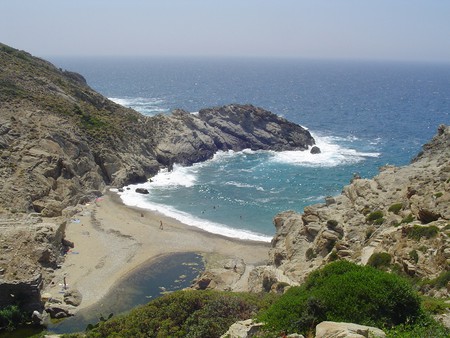 Pano Koufonisi is the smallest and most densely populated island of the Cycladic island group. It has an area of 3.5 km² and 366 residents. Compared to its population, it has one of the biggest fishing fleets in Greece. The island has not long been developped, so the natural beauty and its traditional color are vivid. The best beaches are Loutro, Parianos, Foinikas, Fanos, Italida, and Pori where you can windsurf as well. 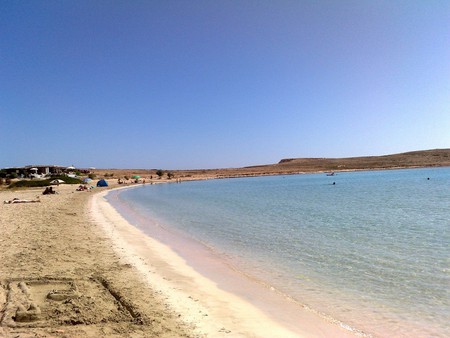 This small island is located between the islands of Ios and Folegandros and maintains its charming beauty, without human interference. If you are looking for sightseeing, Episkopi temple is located in the wilderness of the mainland, surrounded by a complex of Byzantine chapels, cells and fragments of marble sculptures. 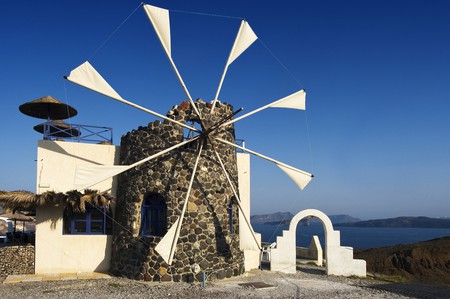 Amorgos is situated between the islands of Naxos and Astypalaia. The island boasts scenic bays, underwater caves ideal for diving and golden beaches, most of which are secluded. You can reach them on foot or by boat. Liveros bay is a small, rocky beach. Here lies the impressive shipwreck of ‘The Olympia’, which appears in the film ‘The Big Blue.’ Amorgos is the only place that produces Psimeni Raki: a local homemade liquor which is syrupy sweet. 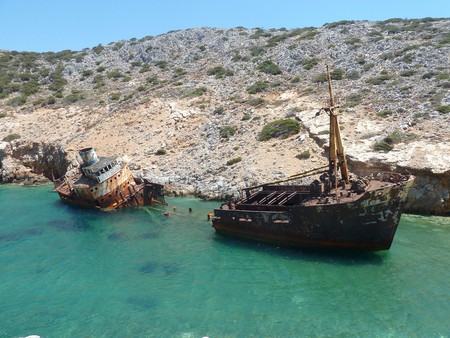 Donussa is a small island on the southeast side of Cyclades and is located 10 miles north of Amorgos and east of Naxos. The island has one ferry transferring visitors to its undiscovered sandy beaches. Kendros is the largest beach on the island, ideal for free campers. Kalotaritissa is a small cove with clear water and narrow coast surrounded by rocky landscape, making it an ideal environment for total privacy. The Innkeepers’ Festival on July 27 attracts many visitors and includes exhibits of photography, folk art and a treasure hunt. 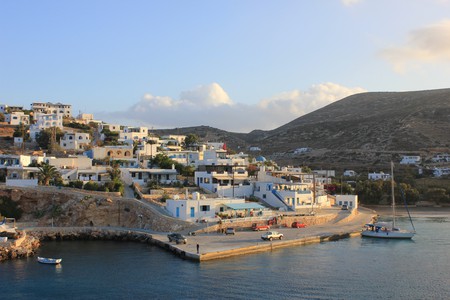 Schinoussa is a small island that lies to the south of Naxos and boasts a stony landscape that is both beautiful and unspoiled. It is part of the Minor Cyclades group of islands and has just three villages: Chora, Messaria and Mersini. As the island’s port, Mersini, once a hideout for pirates, is a popular spot for sailing enthusiasts. Discover the idyllic beaches Psili Ammos and Fikio, and enjoy a walk through the picturesque village of Hora to see Eisodia Theotokou Church and the icon of the Panayia Akathis, which is believed to have miraculous powers. 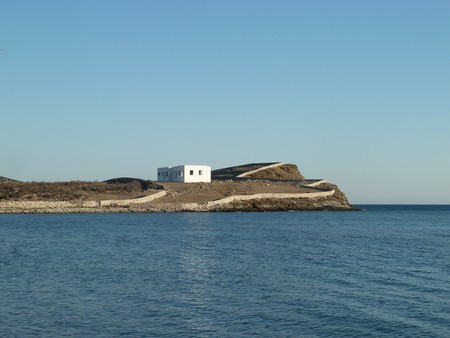 Agistri is located 55 minutes from Piraeus, the main port of Athens. The tiny villages of Agistri and its stunning beaches attract many Greeks looking for relaxing holidays or weekend getaways. Skala is the most popular resort on the island with the beautiful sandy beach, Halikiada. A local bus makes a daily tour of the island. Must-sees include Aponissos and Dragonera beaches; as this is a small island, it’s possible to rent a bicycle and cycle around the pine-shadowed roads. 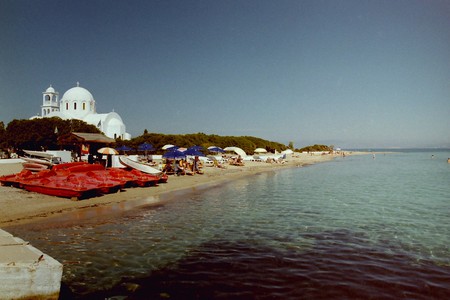