Reasons Why You Should Visit Ithaca, Greece 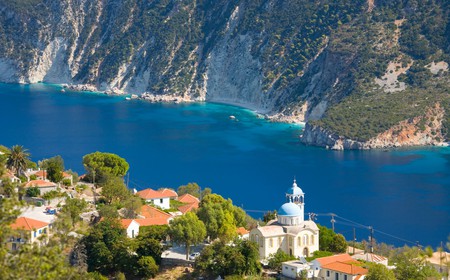 Ithaca’s emerald waters and hills of olive trees bring to life the myths and legends associated with this sparkling island. The mysticism of the island shines through Ithaca’s stunning landscape, traditional villages and creative atmosphere. Discover history as you explore museums, ancient sites and legendary caves; hop between spectacular beaches, and find your inner peace at creative retreats, sleeping in a yurt under the stars.

Because it's Greece's most mythical island 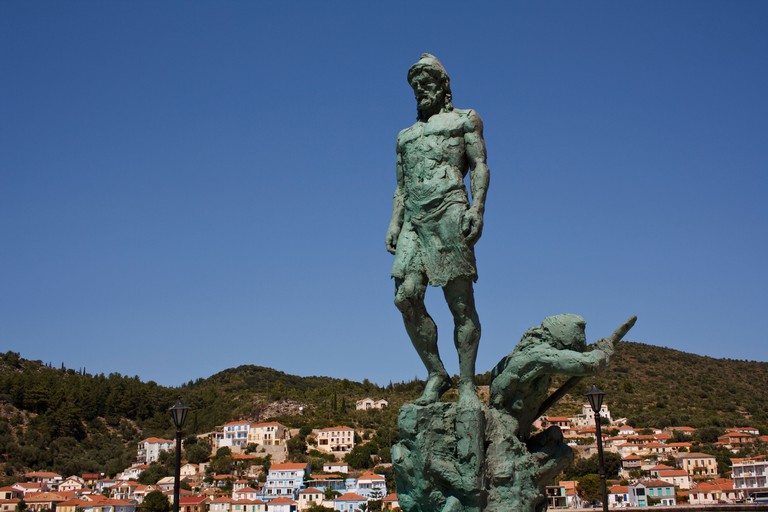 If there was a home of Greek mythology, it’d be Ithaca. Perhaps the most famous of all Greek heroes, Odysseus of Homer’s epic Greek poem The Odyssey, is from Ithaca. In fact, he was the island’s rightful ruler. This is where he set sail to Troy before that Trojan horse plan, not to mention where his loyal lady Penelope waited 20 years for his return while he searched for home amidst difficulties involving sirens, a cyclops and the Underworld. It’s believed Odysseus landed on Dexa Beach (don’t miss visiting this gorgeous cove) on his return. Beautiful, green Ithaca carries its mythical history in its magical landscape and charming atmosphere.

To trek to the Cave of Nymphs

This natural cave, sometimes called Marmarospilia, is, again, linked to Odysseus as some believe this is where he left the gifts he’d brought home from his travels – though, others argue it was elsewhere. The cave is closed for safety reasons, but you can trek to see the outside of it through the hills, where the views are as magical as Homer’s stories.

To see the remains of ancient civilisation

There isn’t a lot to see at the port of Piso Aetos, but above lies an ancient discovery to dazzle history lovers and the imaginative. Follow a steep path (starting by the Church of Agios Georgios) to find Alalkomenes, the ruins of Ithaca’s ancient acropolis (upper town). Excavations show a town was founded here during the 6th century; particularly impressive are the large bouldered walls, which are still intact. There have been great ancient finds here, now housed in museums, like images of Odysseus, imprints of the name Ithaca and coins depicting Odysseus and Athena.

You can tour the beautiful beaches 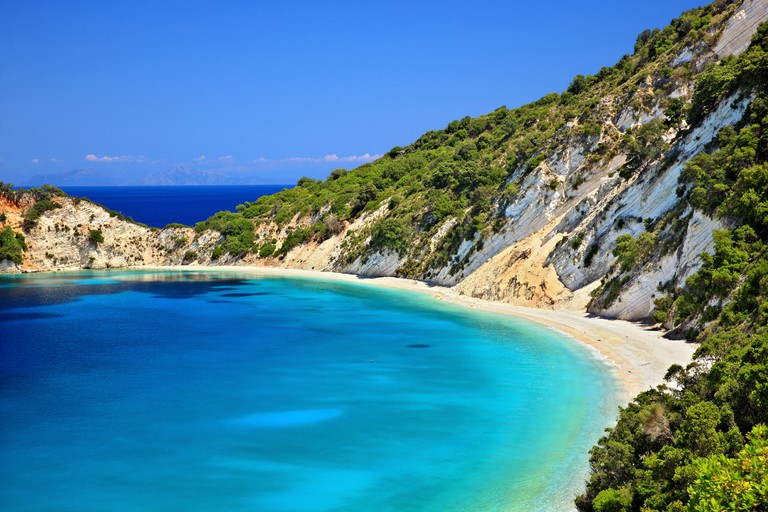 The waters on Ithaca’s coastlines sparkle a breathtaking emerald, and the bays and beaches are lined with luscious greenery or dramatic hills. Hire a car, bicycle or scooter, and carefully drive your way around the island to sample every kind of beachy delight, from cliffside Gidaki or Skinos Bay, where cypress trees line up to provide shade. Filiatro Beach, with its sunbeds, umbrellas and beachside tavernas, is ideal for a post-swim gyros. Filiatro Beach is 3km (2mi) from the capital Vathy, and its lovely waters are shallow and crystal clear, so it’s perfect for families seeking a relaxed day out.

You can snorkel or scuba dive 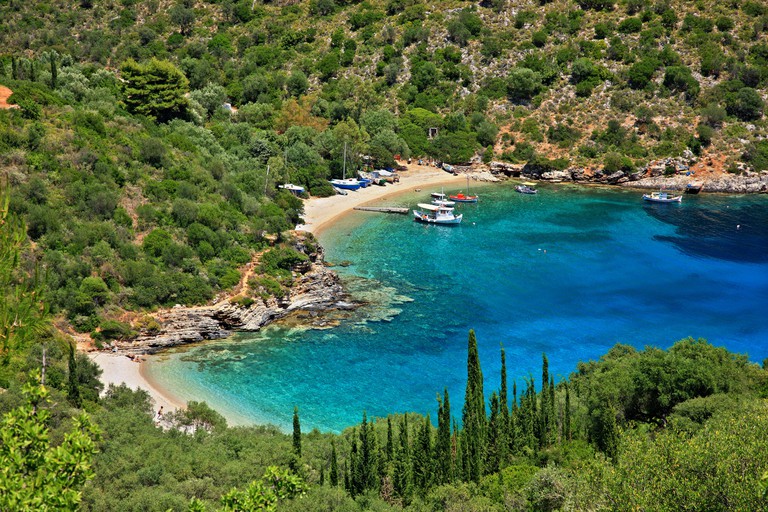 Speaking of seaside fun, why not try your hand (and arms, as it were) at a spot of underwater adventuring? The clear waters mean Ithaca is a perfect spot for snorkelling, especially at Sarakiniko Bay, where visibility is excellent and the underwater rocks and cliff sides resemble another world. Odyssey Diving Club offers courses and trips for guided diving amongst shipwrecks, reefs, caverns and more. Let the fish flitter around you before you break the water’s surface to an eye-popping view of the island in front. Not a swimmer? Sail the Ionian on a private boat (with or without a captain, depending on your experience) or a group tour.

To visit this monastery with amazing coastal views 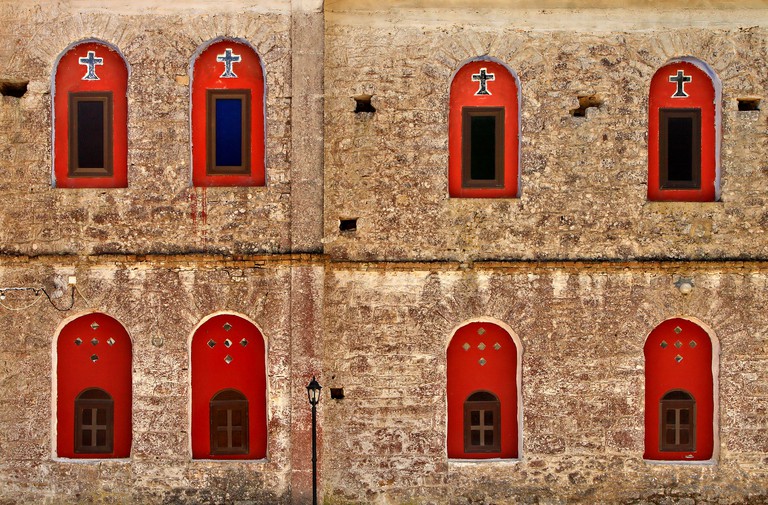 The striking red window frames and pink-tinged brick of Panagia Kathariotissa Monastery are something to behold – and then there’s the view. Standing proudly atop the centre of Ithaca, the 600m (1,969ft) holy site offers panoramic views of Ithaca, the dazzling Ionian beyond and neighbouring islands like Kefalonia. Visitors are welcome inside, where you’ll find an icon of the Virgin Mary, which locals believe to be miraculous. 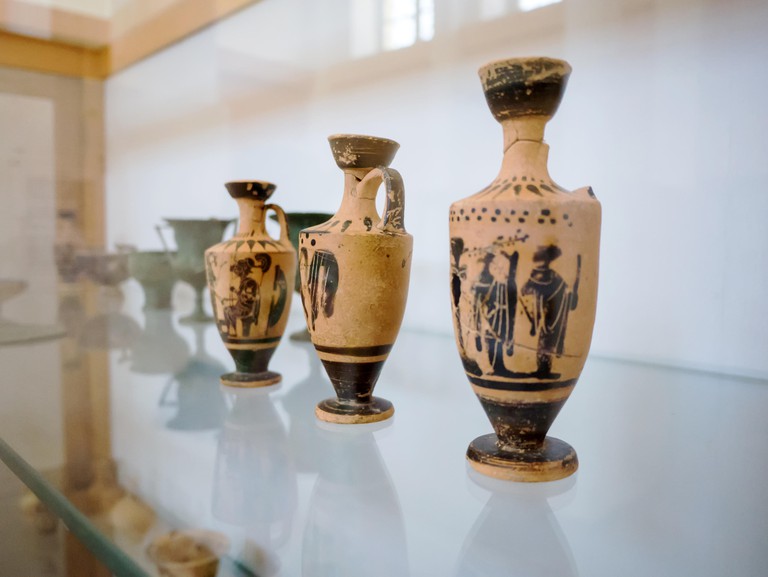 The museums on Ithaca are treasure troves. Excavations across the island uncovered ancient towns from prehistoric to Roman times, and the findings are housed in the Archeological Museum of Vathy. Elsewhere, at the Folklore and Nautical Museum, learn how islanders lived from the 19th century onwards, with recreations of typical Ithaca homes. Don’t miss moving photos of the 1953 earthquake. Lastly, check out the Stavros collection at Pilikata: a small one-room museum with exhibits from the prehistoric era. The highlight is a piece of a Hellenistic mask engraved with the words “Pray to Odysseus”. It’s believed this 2BCE treasure shows that Odysseus was worshipped as a hero on Ithaca, supporting those beloved legends.

To find tranquillity on the islet Lazareto

As you sail to Ithaca, you’ll notice a tiny green islet floating solitary just off the bay. This is Lazaretto, home of the sacred Church of Saviour Christ, no end of luscious trees and, much to visitors’ delight, nothing else at all. The now peaceful islet once held a prison, destroyed by an earthquake. Catch a glimpse during a ferry ride, or sail over for your own personal slice of the tranquillity.

You can catch a film under the stars

What better way to spend an evening than soaking up some cinema in a courtyard underneath the Greek moon? Catch films at the open-air cinema La Nonna, with a bag of popcorn, a glass of wine and a satisfied smile.

Or just relax and create

Ithaca is an island of artists; a place of inspiration, where creatives continue to convene. It’s the perfect backdrop to fuel your own creativity at Itha108 Yoga Retreat & Creativity Resort. Get your juices flowing as you practice yoga among the swaying oak trees, sip tea on a Rajasthani swing as you gaze at the calming sea, and take classes on meditation, wellness and cooking before you rest your head in a Mongolian yurt.

Want to explore more of the Greek islands? Check out our recommendations of the best boutique hotels on Mykonos or the best luxury hotels on Santorini. These are bookable with Culture Trip. During your stay, explore amazing things to see and do on Mykonos, or relax on the best beaches on Santorini. Make sure to book a table at at least one of the best restaurants on Mykonos to sample some delicious Greek dishes.