10 Popular Greek Cheeses You Should Try 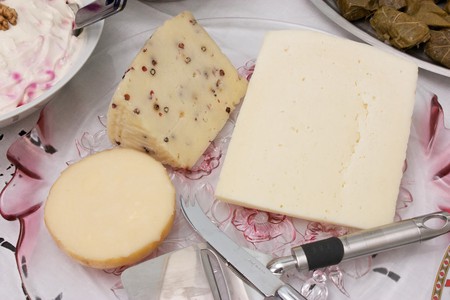 Cheese! If you are a cheese lover, visiting a new country is just another excuse to get your cheese groove on. Since Greece has a century-old cheese-making tradition, you will be surprised to discover that Greek cheese includes more than just feta. Here are delicious Greek cheeses you should try on your next trip to Greece.

The most famous Greek cheese, the all mighty feta has been around for ages. Made with sheep or a mixture of sheep’s and goat’s milk, feta cheese is aged for several weeks before being stored in barrels of brine for at least two months before being sent to supermarkets and stores where it is cut and sold. Drying pretty quickly, even when refrigerated, it needs to be stored in brine or in a salty milk solution to ensure proper hydration. A popular table cheese, feta is used on everything, from salads and stews to fried saganaki. 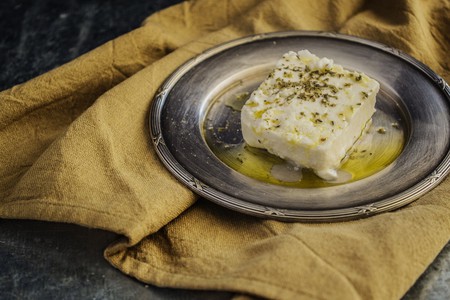 Greece’s second most popular cheese is graviera, a wheel-shaped cheese made from a blend of cow’s, goat’s and sheep’s milk. It is produced in several regions across the nation, namely Crete, Lesbos, Naxos and Amfilochia, with each area having its own characteristics. For example, graviera from Crete is made from sheep’s milk, it matures for at least five months and has a slightly sweet flavour, while graviera from Naxos is primarily made with cow’s milk. A versatile cheese, graviera can be sliced, grated, used in baked dishes or served in salads. 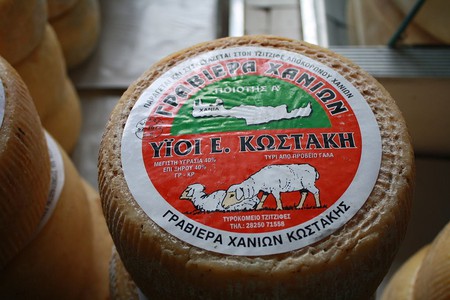 Originated from Metsovo, a picturesque mountainous village in Northern Greece, metsovone is a semi-hard smoked cheese not well-known outside of Greece. Made from cow’s milk or a blend of cow and sheep or goat milk, metsovone is produced using the pasta filata technique, just like the Italian provolone. A European protected designation of origin since 1996, metsovone is an excellent table cheese but is also perfect for grilling. If you visit Metsovo, make sure to try grilled slices of metsovone with some cayenne pepper sprinkled on top. Delicious. 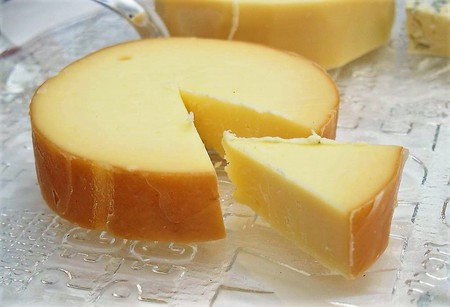 Also belonging to the family of pasta filata cheese, kasseri is a semi-hard cheese made from sheep’s milk. This pale-yellow cheese has a soft, stringy texture and requires unpasteurized milk to obtain the correct texture. Aged for four months, it is a common table cheese used for sandwiches, saganaki or pastries.

Mizithra (pronounced mi-zee-thra) is another lesser-known Greek cheese. Made from pasteurized sheep’s or goat’s milk, or a mixture of both and whey, this cheese is creamy and white. At this stage, it is often consumed as a dessert with honey or in salads and pastries. However, the cheese can be salt-dried, producing a saltier cheese that can then be aged, usually hung in cloth bags. The longer it ages, the drier and harder it gets. At this stage, it is perfect for grating over hot pasta. 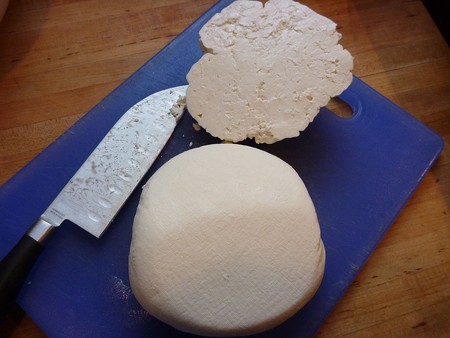 Very similar to mizithra, anthotiro, which is made with milk and whey from sheep or goats, can be fresh or dried. Produced in a variety of areas and regions across the country, anthotiro, which literally means flower cheese, has been produced for centuries. The fresh variant is soft or semi-hard and has a sweet, creamy taste, with no rind and no salt. It can be eaten for breakfast with honey and fruit, or as a savoury dish with oil, tomato and wild herbs or even in pastries. The dry variation is usually hard, dry and salty and is often eaten as a topping on pasta or in salads. 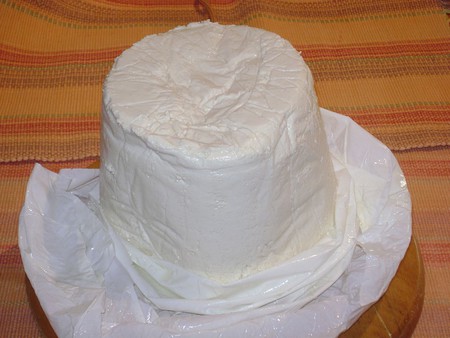 Produced in Thessaly and Epirus, galotiri is made from feta, milk and yogurt. Because it doesn’t travel well, it is hardly known outside of Greece, but this cheese is milky and soft and can be used for dipping or spread on a piece of bread. With a lighter fat and calorie content, it can be enjoyed at home and is a great alternative to cottage cheese.

A traditional hard cheese, kefalotiri (or kefalotyri) can be compared to gruyere, though it is resolutely saltier and harder. Made from unpasteurized goat’s or sheep’s milk (or sometimes both), it has a sharp, salty taste. It is the go-to cheese for saganaki, a scrumptious preparation of fried cheese. It can be added on top of hot pasta, to stews and to sauces as well. The perfect cheese for a cheeseboard, it pairs perfectly with seasonal fruits and red wine. 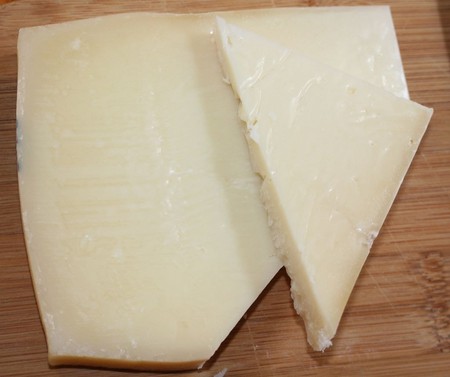 A piece of kefalotiri cheese | © J.P.Lon/WikiCommons

The middle ground between kefalotiri and graviera, kefalograviera is made of ewe’s milk, or a mixture of sheep’s and goat’s milk and is usually left to mature for three months before consumption. It has a salty taste and rich aroma and boasts a PDO status, limiting its production to Western Macedonia, Epirus and the regional units of Aetolia-Acarnania and Evrytania. This hard cheese holds well when fried and is therefore perfect for saganaki or sprinkled on top of pasta.

Creamier than feta, manouri is a fresh, semi-soft cheese that can be used in salads and pastries, as well as a dessert cheese (you can use it as a substitute for cream cheese in a cheesecake recipe, for example, or as a low-fat alternative to Greek yogurt for breakfast). Made by adding milk and/or cream to the whey of sheep’s or goat’s milk, manouri is less salty and creamier than feta and is mostly produced in central and northern Greece, but you can easily find it in Athens too. 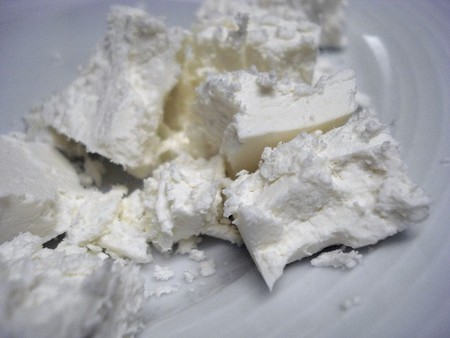 Manouri cheese | © Antonio Fajardo i López/WikiCommons
Give us feedback