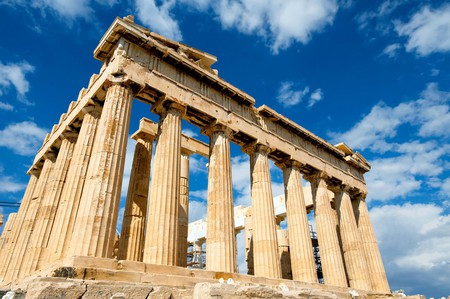 With its spectacular landscapes and scenery, it is not surprising that Greece inspires filmmakers from around the world. From action movies to rom-coms, Greece has served as the backdrop to many movies. Here are 10 international films that were shot in the country.

A story of rivalry between two childhood friends, the Big Blue (1988) is equally a beautiful ode to the Greek seas. Directed by French director Luc Besson, the movie tells the fictionalized account of free divers Jacques Mayol (played by Jean-Marc Barr) and Enzo Maiorca (Jean Reno). This French film was mostly shot in the Cycladic island of Amorgos, though some scenes were also shot in nearby Ios.

Starring Ethan Hawke and Julie Delpy, Before Midnight is the sequel to Before Sunrise (1995) and Before Sunset (2004). The third installment was even nominated for an Academy Award for Best Adapted Screenplay. In this one, the couple are at the end of a holiday in the beautiful region of Mani, in Peloponnese, and more specifically Messinia.

Mamma Mia! is probably one of the few blockbusters that hardly needs an introduction. The 2008 rom-com-musical stars Meryl Streep, Pierce Brosnan, Colin Firth and Amanda Seyfried, among others. Shot in several locations on the island of Skopelos, as well as in Skiathos and Pelion, the movie has successfully proven that there is more to the Greek islands than Santorini and Mykonos. 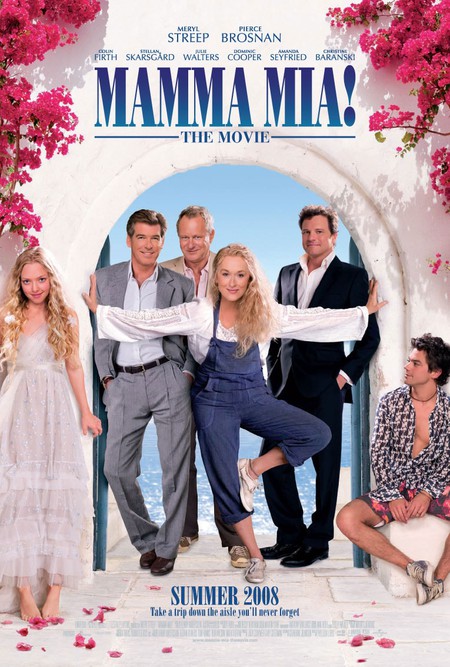 Starring Angelina Jolie as Lara Croft, a smart and badass British archaeologist, The Cradle of Life opens up in Santorini, where a strong earthquake reveals an ancient underwater temple constructed by Alexander the Great where valuable treasures are hidden, including Pandora’s Box, that she needs to get to before it falls into the hands of a team of bio-terrorists. The movie may have been a flop but it certainly proves that Santorini is one of the most photogenic Greek islands there is.

Based on Louis de Bernières’ 1994 novel, Captain Corelli’s Mandolin is a 2001 romantic drama set during the Italian occupation of Greece during WWII. Starring Penelope Cruz and Nicolas Cage, the story revolves around a love story between a strong-willed Greek woman, left behind by her fiancé, and an Italian captain stationed on the island. Shot in splendid Kefalonia, the story is definitely the perfect campaign to showcase how luxuriant and beautiful the Ionian island is.

For Your Eyes Only

Set aside the eternal discussion on who is the best James Bond and be amazed at the scenic shooting locations of For Your Eyes Only, shot in 1981 and starring Roger Moore and Carole Bouquet. Shot on Corfu island, including tiny Kanoni islet, as well as in Meteora, in Central Greece, where century-old monasteries are perched on top of giant limestone rocks, the movie is probably one of Moore’s best Bond performances.

Matt Damon is Jason Bourne, a man washed up by a fishing boat suffering from amnesia and wounded. After being nursed back to life, with flashes of memory coming back, we discover that he is a special agent now the target of assassins. As he escaped those sent to kill him and tries to regain his memory, the movie ends with an entire scene filmed in the picturesque island of Mykonos, where Bourne tracks down Marie, his newfound lover, to her scooter rental business at Sea Satin Market in Little Venice.

Boy on a Dolphin

Starring Sophia Loren, Boy on a Dolphin is a 1957 movie in the magnificent island of Hydra, as well as in Rhodes, Delos, Meteora and, of course, Athens. Produced by Samuel G. Engel and directed by Jean Negulesco, the film was one of the first to showcase the stunning beauty of Greece for non-Greek audiences. 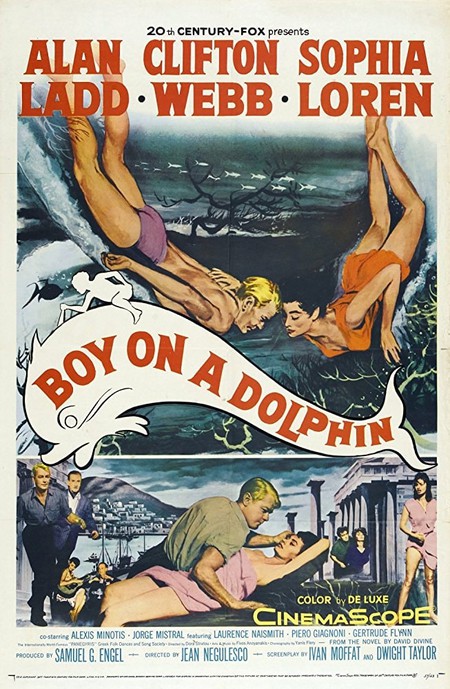 Boy on a Dolphin | © Courtesy of Twentieth Century-Fox

This 2014 movie based on the psychological thriller novel of the same name from Patricia Highsmith, was shot in Athens, including the Acropolis, and in Crete. Starring Viggo Mortensen and Kirsten Dunst, the plot revolves around a con artist and his wife arriving in Athens and meeting a young American, who quickly becomes fascinated by Dunst’s beauty and Mortensen’s wealth and elegance. But he is quickly forced to flee Athens when Mortensen asks him to help him hide the body of a private detective.

The Sisterhood of The Travelling Pants

Based on a novel of the same name by Ann Brashares, the Sisterhood of the Travelling Pants recounts the story of four best friends in their teenage years, getting ready to spend their first summer apart for the first time. On their last shopping outing together, they stumble upon a pair of jeans that fit each one of them perfectly, though they are all very different. They decide to share them over the summer and the film follows each one of them as they embark on their journey. One member of the sisterhood, Lena Kaligaris portrayed by Alexis Bledel, spends the summer with her grandparents in Santorini, Greece where she even falls in love with a local. The movie sequel was also shot in Greece, as the four girls get together to save the travelling pants when Lena’s younger sister loses them while in Greece.