10 Contemporary Greek Designers You Should Know

Greece, widely known for its ancient art and culture, is increasingly becoming a hub for creative and award-winning international talents in contemporary industrial design. Stimulating, cutting-edge industrial design in Greece portrays diversity, creative evolution, modernity and, most importantly, humour. These are ten of the best contemporary product designers from Greece. 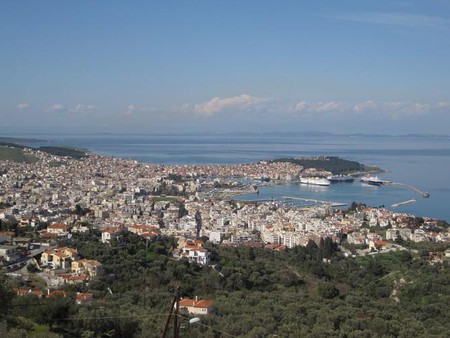 Greece is for Lovers

Thanos Karampatsos and Christina Kotsilelou are the inspired, humorous minds behind Greece is for Lovers. Since 2006 they have been passionately designing, producing and promoting novel, high-quality products that put a decidedly irreverent spin on Hellenic heritage. Located under Acropolis in the historical centre of Athens, Greece is for Lovers stubbornly fight the stereotypes of what is widely thought to be Greek along with the idea that “Greek people tend to take their culture very seriously.” Combining some of Greece’s spiciest ingredients, such as humour, irony, nonchalance and extravagance, these objects introduce a fresh breeze into contemporary product design. Among their products, which are eye-catching, innovative but deeply rooted in Greek tradition, a brown leather skateboard that incorporates Greek-style sandals into the board unquestionably stands out. 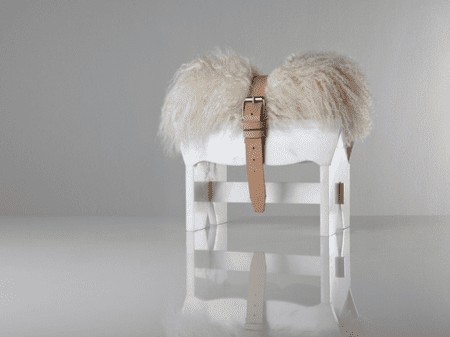 Got Milk? | © Photographer Nikos Alexopoulos/Greece is For Lovers

The multi-award-winning designer Constantinos Hoursoglou founded his multi-disciplinary studio in Athens in 2002 and since 2007 he has been productively working in Geneva. Both his Royal College of Art education and professional experience in Athens, London and New York play a key role in his uncompromising effort to foresee the chaotic changes in the world, while designing avant-garde but useful products. With aesthetics, technology and ecology in the spotlight of his creative work, Constantinos Hoursoglou is known for choosing great materials and inventive manufacturing methods. CHD studio provides wide-ranging services, such as graphic and exhibition design and product design and development and has participated – among others – in the St. Etienne Design Biennale and Salone Satellite. 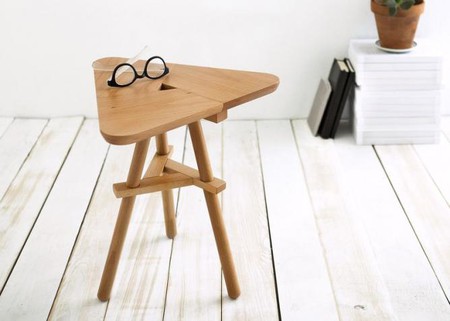 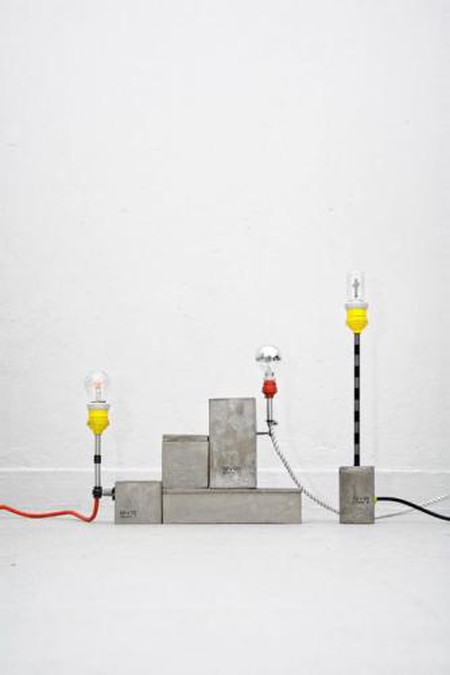 In order to serve and facilitate their unceasing creative needs, Greek architects/designers Babis Papanikolaou and Christina Tsirangelou founded 157+173 designers in the summer of 2009. Located in Thessaloniki, their unique perception of objects and forms has allowed them to design peculiar arts and crafts objects, which seem to be ideal for any space. Persistently experimenting with eco-friendly, re-usable materials and various forms, all their ideas are thoroughly tested and re-sketched, resulting in manufactured products of unique aesthetic value and quality. While designing simple clean lines and familiar functional forms to fit their temperament, 157+173 designers are also involved with various handmade structures, music and video art. Their fresh outlook and preference of seemingly inexpensive, bare construction materials, such as wood and metal, situate their unique products in the modern, industrial world of design.

Inspiration, authenticity and creativity are the words that describe this elegant design studio. Industrial designer Dianna Karvounis, a Sarah Lawrence College and Pratt Institute graduate, joined forces with architect and urban planning specialist Vivian Philippa, a graduate from Greece’s renowned National Technical University. Featuring a timeless, distinct aesthetic concept and luxurious, geometrical structures, Two Is Company successfully combines the ancient premises of harmony with mid-century modernism. In their designed products, Ancient Greek patterns and symbols are reinvented in a breathtaking contemporary context. Present at every stage of manufacturing, from inspiration to the design process and production, the passionate firm showcases a unique selection of luxury furniture, lighting, rugs and decorative objects. 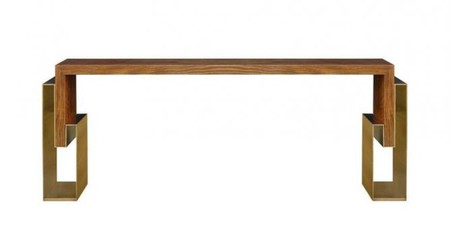 Internationally exhibited and published designers Loukas Angelou and Vasso Asfi are the heart and soul of STUDIOLAV, a steadily emerging and playful design studio. The two London-based designers and Central Saint Martins graduates create unique pieces that aim to explore the emotional connection between people and objects in a humorous manner, while constantly pushing the boundaries of form and material. Their work has received critical acclaim and they have recently been shortlisted for the prestigious Elle Decoration International Design Awards under the category of Young Talent Designer of the Year 2013. In their recent project, Designer Baking, the ever-exciting design innovators of StudioLav created a two-piece set of kitchen stamps that gloriously transforms cookies and pies into small ‘haute couture’ baking marvels. 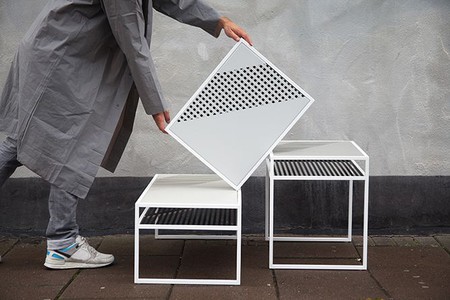 His Master’s Light | © We Design

Since 2001, product designer Sergios Fotiadis, graphic designer Theano Petridou and architect Philippos Photiadis have been working hand in hand, creating a unique selection of colourful design projects, spaces and products. Always operating within the outlines of artistry and functionality, the name ‘We Design’ mirrors the form of art they perform. In collaboration with several typographers, engineers and manufacturers, they put their mind and talent to anything that can be designed, from a house and industrial products to corporate identity and branding. Among others, We Design showcase masterful illustrations, as well as a series of beautifully designed and fun products for kids.

One of Greece’s most productive and internationally exhibited industrial designers, Yiannis Ghikas discovered his passion for the art of contemporary design at the age of 18. He is known to have “concepts on a waiting list,” as most of his ideas are still waiting to come to life. Dedicated to simple and minimal lines, he always provides his creations with a name and emotional meaning. In 2009, his Monarchy stool produced by Belgian brand objekten – a swinging stool designed not to be overturned, but at the same time to allow the user to escape the dullness of stability – received the Red Dot Design award. Another notorious product of his produced in collaboration with Italian miniforms is Game of Trust, a coat hanger consisting of three identical Y-shaped elements. Each one supports and at the same time is supported by one of the others, resulting in an embrace that transforms the units into a unity. 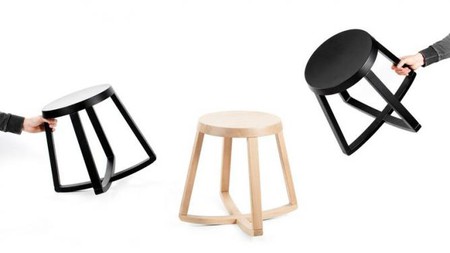 Established in 2002 by brothers Vasilis and Stathis Petropoulos, Vast Design takes its name from the combination of their names’ initial letters, which also denote the diversity of their services. With Stathis’s educational background in Industrial Design and Vasilis’s in Management, Vast Design has successfully joined the contemporary design market and promotes its product collections worldwide. Decorative and utilitarian ceramics, porcelain and furniture are only some of their creations, always inspired and based on simplicity, function and aesthetics. Vast Design stands out for the imaginative toy design, as well as its illustration services for the children’s book market. Among their most impressive designs are four decorative figurines out of white matt ceramic, inspired by and created for the New Acropolis Museum. 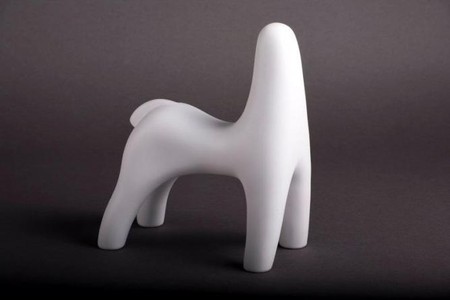 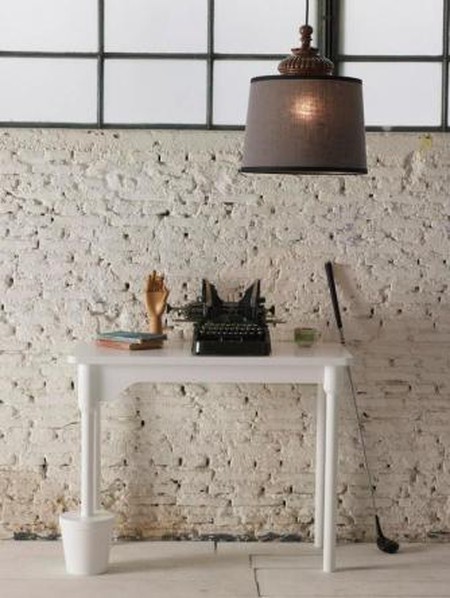 ‘Designing an object begins from need; but must include and serve a philosophy. The way stimulants, forms, materials and color combine with technique, to form a sentimental impact for the user. That’s design, according to the Greek industrial designer Spyros Drakos. He holds a degree in Construction and Design, but has been trained to construct furniture from the very best, his father who has owned and successfully run a large carpentry business for the past 30 years. In 2007, Drakos created his own sophisticated, yet simple label, The Simple Life Project: Wood Stories. Always keeping the functionality of the object in mind when he designs, he delivers high-quality individual and refined wooden constructions, tailored to meet everyday needs.