Willy Wonka And The Mate Factory In Berlin 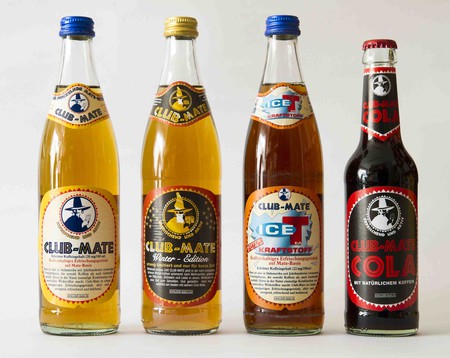 Berlin is hyper familiar with one of its favorite beverages – Club-Mate. Techno heads and techies have power guzzled the caffeinated beverage since reunification. Though it is used as a way to stay awake and keep the night going, it has trickled its way into the hands of almost every Berliner. Its global reach has even been expanding over the past few years, as evidenced by its appearance in Brooklyn and SF. Though its origins date back to 1924, it didn’t become the ubiquitous beverage of choice for Berliners until recently; perhaps that’s why brewers at its Bavarian factory have decided to reward its patrons with a not-so-original idea.

Willy Wonka and The Chocolate Factory is a story about a man passionate about saccharine, who wants to find the next sugar worshiper to pass his chocolate company to. Ripping a page out of this famous story, literally – they used ripped pages from the book to create flyers – the Loscher Brewery in Bavaria is looking for its next Mate brewer. This time, however, the passes aren’t golden tickets but rather golden caps. That’s right, whoever the lucky young woman or young man is who stumbles upon the special cap is automatically entered into the contest. 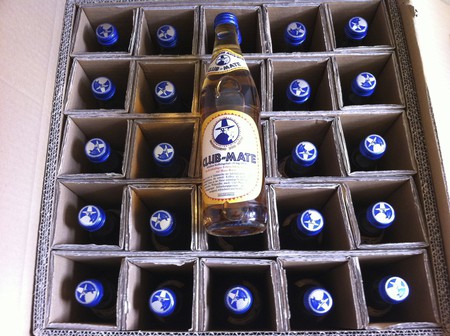 There are five golden caps to be found. Since Club-Mate has a global reach, this means they could be found anywhere in the world. The next time someone opens their Club-Mate to pour in a little liquid courage before a night out, there’s a chance they’ll be the next lucky contender. Maybe it’s an attempt to redeem August Gloop from the original story – the poor cherubic kid having gotten sucked up in some kind of reverse chocolate waterfall – and revamp Germany’s image. Maybe this time around the token German won’t succumb to gluttony during the tour. Stereotypes hurt feelings. 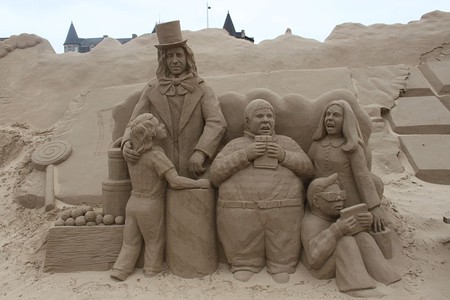 After the five golden caps are found, the lucky winners will be invited to take a tour of the brewery. Now, the Loscher Brewery isn’t as magical as Willy Wonka’s, but it is filled with at least an acre of indoor yerba mate plants – largest indoor area for yerba mate production known to man. Yerba mate grows best in its natural habitat, a rich ecosystem of moist and dark rain forests that the Loscher Brewery has put a lot of money into recreating. Most people don’t know that yerba mate actually comes from an evergreen tree (part of the Holly family) that is native to subtropic South America. Loscher’s reimagining of this was expensive but certainly worth it. They even go as far as employing and housing those indigenous to the mate plant’s original area. Sounds familiar? Inspired would be an understatement. 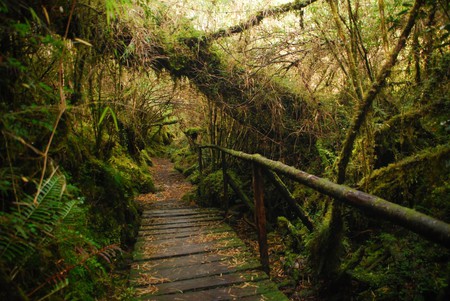 The contest states whoever survives (surely joking) the tour gets to be the next head brewer at Loscher Brewery, which oversees all the Club-Mate batches and variants. Does this mean in the near future Club-Mate enthusiasts will be experiencing a change in the flavor profile? It’s hard to say since the contest has only started, and we don’t know if the next brewer will be a purist or a random risk-taker. We don’t normally take sides, but thumbs pressed for purist. As markets start to evolve and patron’s tastebuds undergo inevitable metamorphosis, who’s to say this isn’t commercial genius?