Why are Berliners Such Urban Nomads? 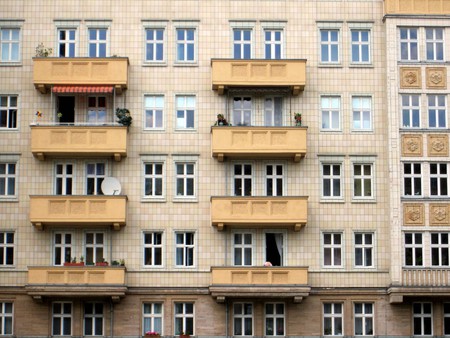 There are a few things that are hard to come by in Berlin: a bar that lets you pay by card, someone born and bred in the city, and an apartment. The city’s rental market is, to put it frankly, a nightmare. Here’s why Berliners are such urban nomads.

Berlin has a long-standing reputation as a cultural and creative hub, and since the city’s reunification, it has drawn in artists from all over the world. The city’s pull is reaching new heights, with over 40,000 people moving to Berlin since 2011, and this calculation doesn’t include the refugees welcomed in 2015. The promise of low rents and an unrivalled energy make Berlin popular among young expats, however, the city’s infrastructure is yet to catch up with this demand. As it stands, there aren’t enough apartments being built to meet the growing number of citizens. As Deutsche Welle reports, around 18,000 new apartments are needed to satisfy the current demand, however only 10,000 are being built annually. In such a competitive market many newcomers are forced to take short-term leases, moving around until they land that golden long-term contract. 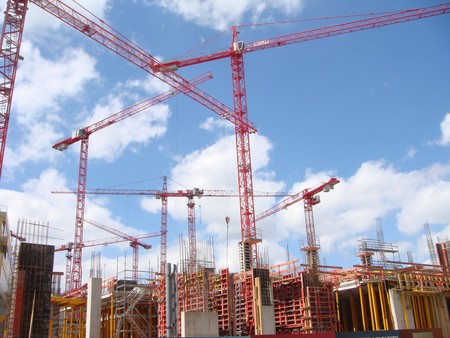 Construction Projects Are Popping Up Around Berlin | © Karen Mardahl / Flickr

Plenty of hoops to jump through

However, getting these contracts is another hurdle in itself. The competition for flats is getting so fierce, it’s not uncommon to walk past an apartment viewing with 80 or more people lining up outside. Spoilt for choice, landlords are able to demand a plethora of paperwork, including proof of permanent job contracts and complete bank statements. Not to mentions the sometimes intimidating and confusing German bureaucratic forms, like a Mietschuldenfreiheitsbescheinigung, which is a letter from your previous landlord confirming you are up to date on rent and a Schufa rating, which assesses tenants credit rating. For newcomers, this process can be daunting and disheartening, and understandably, take some time to organise. For many its an equal mixture of luck, determination and lots of organisation until they’re finally settled in their long-term Berlin flat. 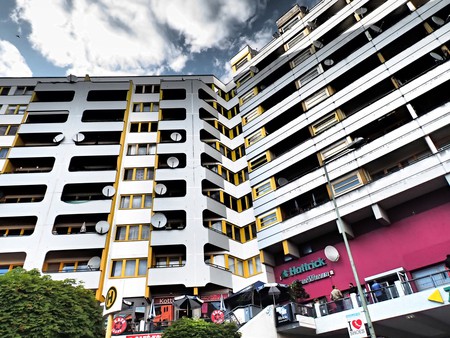 A country of renters

Another factor in Berliners constant flat-jumping is that Germany is a country of renters. In fact, the country’s homeownership rates amongst the lowest in the developed world, and nearly dead last in Europe. After World War II, Germany was one of many countries who had a housing crisis, and as such the government committed to large-scale spending to promote housing. However, unlike many of its European neighbours, Germans kept renting. Why? The answer simply seems to be that in Germany, renting an apartment is really nice, with plenty of renters rights and strong legislation to protect tenants. As such, many economists argue German housing policy struck a good balance between government involvement and private investment compared to other countries. This trend might finally be coming to an end in the capital, and there is a recent push to buy in Berlin. Leaving many locals weighing up the option of dealing with rapidly rising rents, a competitive market or settling down and taking on a mortgage.