What To See And Do In Berlin’s Grunewald Forest 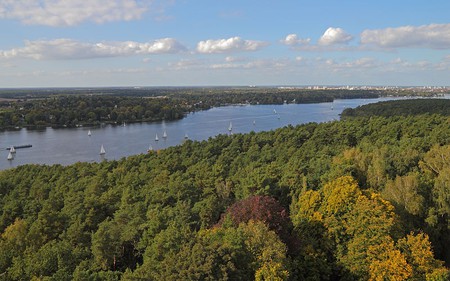 Initially a refuge for the rich at the turn of the 20th century, the Grunewald Forest now holds something for everyone. From dog lovers to history buffs to outdoor sports enthusiasts and nature lovers, this forest in southwest Berlin packs a lot to be discovered within its 3,000-hectare surface area. 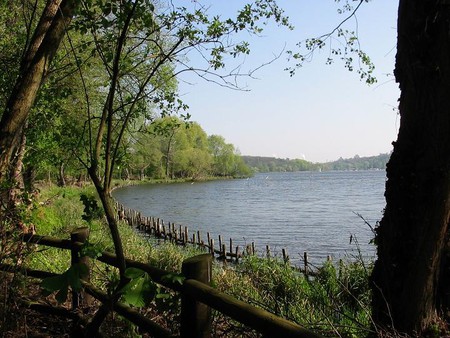 While Berlin is usually viewed as one of the most affordable capital cities in Germany, there was a time in its past when its inhabitants were quite wealthy. Naturally, those with the money to do so are always looking to escape the hustle and bustle. For this reason, many flocked to the pristine forested area just outside the city proper. Under the influence of the wealthy, things were left virtually untouched, and Grunewald remained the largest forest in West Berlin while the rest of the city continued to urbanize and expand. For this reason, Grunewald offers visitors the chance to see one of Berlin’s lesser known past lives. There remain entire colonies of mansions from this era, as well as bits and pieces from the times that followed.

A visit to this peaceful forest makes for the ideal day trip, but there is so much to do and see that it could easily turn into a getaway spanning the entire weekend. For anyone looking to stay overnight in Grunewald, let us recommend a couple of our favorite spots. The ritzy Patrick Hellmann Schlosshotel offers a ritzy retreat in an historic mansion with gorgeous landscaping to match and a phenomenal restaurant to boot. Situated right on the river Havel amid a thicket of towering trees, Seehotel Grunewald is a bit more affordable and modern. 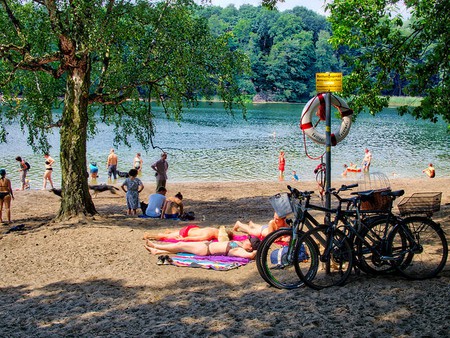 By the lake at Grunewald | © Sergey Galyonkin/WikiCommons

As for things to do, there are many!

The Havel makes up the entire western border of Grunewald Forest, and with it there are lots of options for recreation. Kuhhorn Badestrand, for instance, is a tranquil cove on the river that’s great for a swim. Keep an ear out because this spot is right on the route of the famous ice cream boat, which regularly stops here. Other excellent waterfronts in Grunewald forest include the popular Schlachtensee, which has a running path, and the über dog friendly Grunewaldsee. 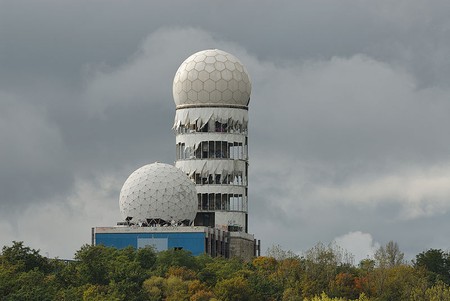 Another important geographical feature of Grunewald Forest are its hills and other points of high elevation. At the northernmost portion of the forest there is the Drachenberg. This hill provides an excellent vantage point for looking out over the city. The nearby Teufelsberg is a manmade hill, and at 120 meters it is the highest point of elevation in all of Berlin. At its summit, there is an abandoned US radar tower that was used as a listening station during the Cold War. In addition to providing an interesting tidbit of history, many ski and toboggan here in wintertime while others hang glide in the summer. Climb the Karlsberg to the Grunewaldturm, a 19th-century lookout tower that is 55 meters high that is still in operation today, for a spectacular view of the Havel and the Wannsee River.

Within the forest there are plenty of other historical buildings as well. Down a mysterious winding path on the Schildhorn Peninsula is the memorial for Slavic Prince Jaczo. Also overlooking the Havel, on the southwest bank of the Grunewald See, is Jagdschloss Grunewald, a Renaissance-era hunting lodge and the oldest palace in Berlin. The Berlin-Grunewald Station bears a stark reminder of Berlin’s darker past as it served as the point of departure from which the Nazis deported tens of thousands of Jews to concentration camps. 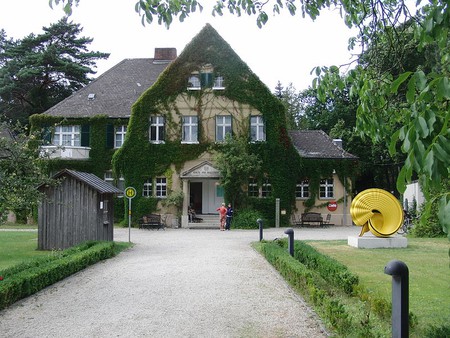 Finally, the quaint, ivy-covered Haus am Waldsee is home to one of the most relevant showcases for contemporary art in Berlin, which is saying a lot. The 1920s architecture and lush garden alone make this place worth seeking out. To close out an excursion in Grunewald Forest, head over to Fischerhütte on Schlachtensee for a picturesque dining experience in this historic restaurant and beer garden.

With so much to do and see, Grunewald Forest is easily one of the most magical spots in Berlin.