What the Breakdown of the Berlin Wall Can Teach Us Today 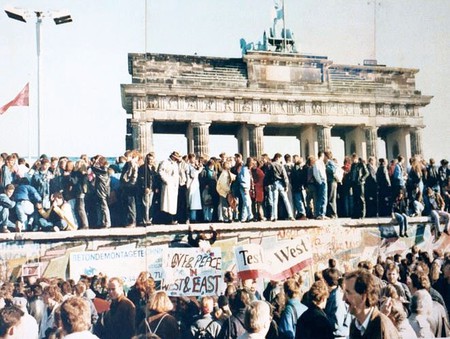 West and East Germans witnessing the fall of the Berlin Wall at the Brandenburg Gate, 1989 | © author unknown / WikiCommons

The dismantling of the Berlin Wall in 1989 ushered in a new era of hope, possibility and liberation in Germany, effecting the collective political conscious of the entire globe. Today, the memory of the wall and all it stood for is entrenched in every corner and sub-culture of the city. But are we still putting the lessons of the past into practise today?

The trajectory of global policy today begs the question: are we learning from and evolving from the watersheds of our history, or do we continue to play out the same dramas, just with different characters playing the lead roles? As many foreign and local policies continue to unfold in the most absurd ways, especially within global heavyweight the United States, it might be useful to look back at the significance of a border that seemingly crumbled overnight, and perhaps find some inspiration to counteract the stale air of fear, separation, and wall-building looming over our world today. 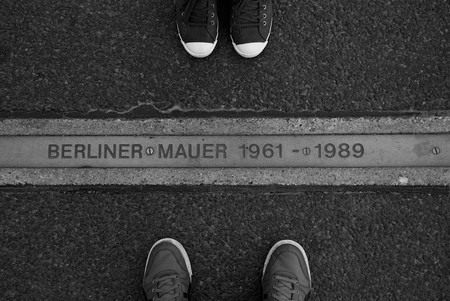 Back in 1989, the smashing of the wall symbolised the smashing of divided ideologies and a middle finger to the lack of freedom and movement within its deadly boarders. The Berlin of today is characterised by radical self-expression: people can now enjoy reading a book in the green spaces of the former death strips, and the city has become a dynamic mix of civil activism and tolerance.

But the legacy of the Berlin Wall has other sides to it, too. Checkpoint Charlie, one of the city’s most infamous landmarks, has been turned into nothing more than a tourist attraction where people pose with play-guards dressed in uniform who make a quick buck off the façade of history. While it’s important not to criticise these happy-snappers, nor those trying to make a living, there is a danger of the charade overshadowing the lessons and struggles of the horrific events that shaped the world, and reducing them to Insta-opportunities, capitalist ventures and light entertainment. 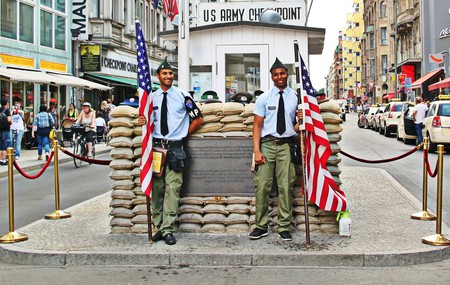 When we exploit and undermine history in these ways, we tend to forget about the people who suffered and the real risks that they took for their freedom. Many of us today enjoy a freedom that generations before could only dream of, and yet we are challenged by a culture of voyeurism, entertainment and distraction. Was it was our hunger and obsession for entertainment that resulted in Trump and his cronies being elected into the White House in the first place? Are we so addicted to the shock and absurdity of it all?

If history can teach us anything it’s that erecting walls, feeding the illusion of separation, prohibition and polarising different groups of people against each other is a negative approach to power-wielding and lacks any association to the reality of our interconnectedness. No one wins when we exclude, vilify, or attempt to shut out and divide groups of people. Almost 30 years later, are we listening to the painful marks of our past, or blindly repeating the same storyline? 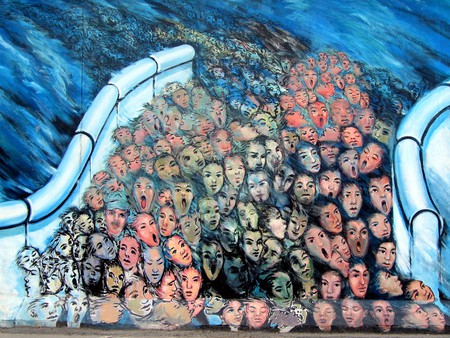 From our vantage point today, the very occurrence of a wall that divided one of the word’s great cities and imprisoned a population seems like an ridiculous concept for many of us who enjoy our personal liberty. Though as waves of xenophobia, anti-migrant protests and far-right tensions erupt in Europe and the rest of the world, here we are once again, with those in power resorting to separation tactics and ‘othering’ to solve their problems. History isn’t linear, but maybe we should at least stop to recognise when we might be banging our heads against the same old walls.

The dismantling of the Berlin Wall also serves as a reminder of how the seemingly impossible became the inevitable, and that we are the writers of our human history. Even under the most dim and dire of circumstances, liberty has an enduring appeal in the human psyche. But first we need to recognise the prisons we are in, and some of them are a little less subtle than a concrete wall. 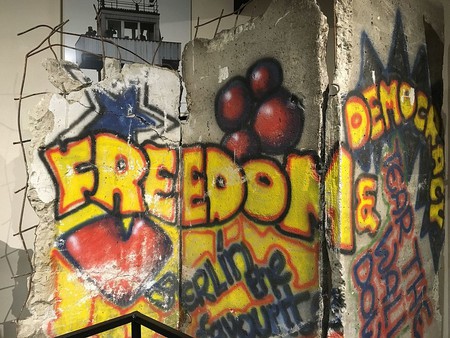 A section of the Berlin Wall on display at the Military Intelligence Museum at Fort Huachuca, Arizona in the USA | © Steven Williamson / WikiCommons

Consider the fact that we might be tied to consumerism, empty entertainment, social media likes and shares, our own negativity biases and other limiting beliefs that make us believe our future is not in our hands. When we can acknowledge our own personal and collective prisons, only then can we start looking for the right keys to set ourselves free.