Watch How the Berlin Orchestra Makes Currywurst into Music 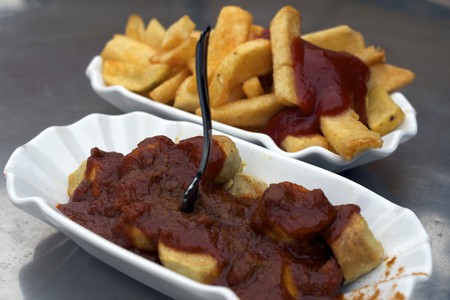 Currywurst – Berlin’s famous street food consisting of a sausage drenched in curry flavoured ketchup – seems to be a matter of national pride for the people of Germany. So much so, that Berlin’s Konzerthausorchester took the time to create a piece of music in its honour. You may already know what currywurst looks, smells and tastes like, but thanks to the orchestra, you can now hear what Currywurst sounds like too. 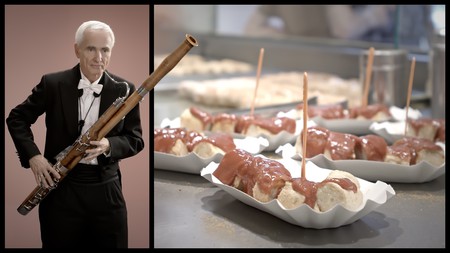 The sound of Currywurst | © Konzerthaus Berlin

The brief video features a range of classical instruments creating a soundtrack to the famous German snack being prepared. From a rainstick that signals the sizzling of fries, a trumpet sounding the sauce being squeezed onto the sausages, a violin mimicking the sound of a knife slicing through the sausage and even some percussion to sound the clink of coins landing in the tip jar. Watch the video below:

The video features Berlin’s most iconic Currywurst stand, Curry 36, which has become somewhat of a landmark fast-food institution. The video ends with the tagline ‘Du bist Berlin. Wir sind der Klang’ which means You are Berlin. We are the sound. 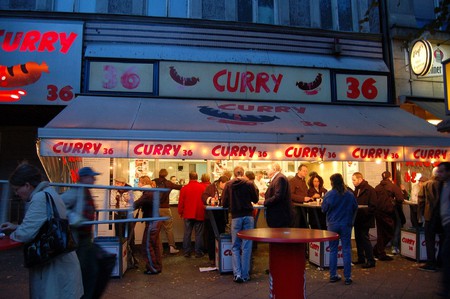 Directed by Boris Seewald, the 13-part video series entitled #klangberlin is inspired by the everyday, characteristic sounds of the city. The idea to create a funny and feel-good sonic portrait of the beloved metropolis came from the Konzerthaus’s head of Communications, Elena Kountidou. Other episodes in the series, most of which have much longer run times than the Currywurst composition, include a trip to the Berlin Zoo and the familiar sounds found in the beloved U-Bahn station. There is even a little techno-inspired skit in tribute to Christopher Street Day, Berlin’s awesome gay pride parade that takes place in July each year, and an epic 12-minute ode to Berlin’s old abandoned GDR airport, Templehoferfeld. 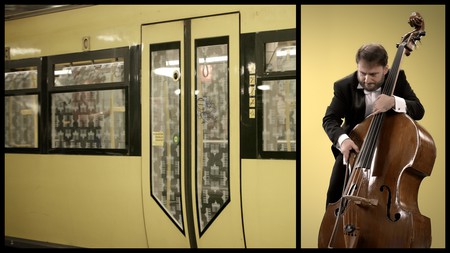 The sound of the U-Bahn | © konzerthaus Berlin

Established in 1952, the Konzerthausorchester spans a tradition of over 60 years and enjoys one of the largest audiences in Germany.

The creativity, humour, and use of world class musicians to make a soundscape that any Berliner will identify with is what makes the videos so enduring. This kind of love, for a dish that is really nothing more than a sausage and sauce served with a side of fries, could only make sense to residents of the city. If that’s you, then just for fun, close your eyes, have a listen and see if you can hear which Berlin idiosyncrasy the music is evoking. Click here to watch all episodes.