Visitors Can Borrow Anything at Berlin's Secret Vinyl Hideaway 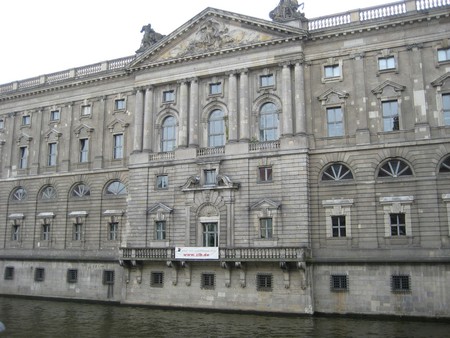 Berlin is an epicentre of music, remaining an influential hub in Germany and Europe since the 18th century. Across the decades, the city has provided refuge to musical icons, cultivated some of the best nightlife and music venues and still to this day boasts some of Europe’s best record stores. It’s no surprise then, that Berlin is also home to Germany’s largest public library and most comprehensive vinyl collection.

Founded in 1995, the Central and Regional Library in Berlin (Zentral- und Landesbibliothek Berlin, or ZLB) is a comprehensive look into printed works, data and sound published in the city, both before and after its reunification. The library began after the merging of Berlin’s state library at Schlossplatz in the east part of the city and the American Memorial library at Hallesches Ufer in the west. Although the library now exists under the one organisation, it still resides in two locations. Housed in a closed storage unit at ZLB’s Schlossplatz location is the impressive collection of sounds, records and music from the region. The musical archive by sheer numbers alone is astounding, housing 73,000 vinyl records, 43,000 CDs and over 95,000 pieces of sheet music. The shelves are adorned with history, boasting everything from obscure jazz to classical masterpieces and even rare recordings from former East Germany. The collection also contains many titles and sounds from Eastern Europe produced during the Cold War, making it an important historic place. In fact, the library has two rooms of historical collections, including thousands of pieces of historical sheet music, as well as wax cylinders and shellac records. Hours can be spent wandering through its impressive collection, stumbling across sounds from the past.

You can take almost all of it home

What’s even better? The archive works like a normal library and inside visitors can listen, browse, and even borrow from extensive music archive. It’s no surprise then that the ZLB is one of the city’s most frequented cultural and educational institutions. Visitors also can reserve a spot in the “piano room,” and have the chance to stroke the keys of a Steinway or Bechstein. It’s a music lovers‘ dream spot, and producers, DJs and musicologists can often be found checking out unique samples hoping they can enhance and build upon their current sound. So, whether you’re a chin-stroking music-snob, sound aperture, or just interested in delving into the soundtrack of Berlin’s past, there is certainly something to discover at this secret music library. 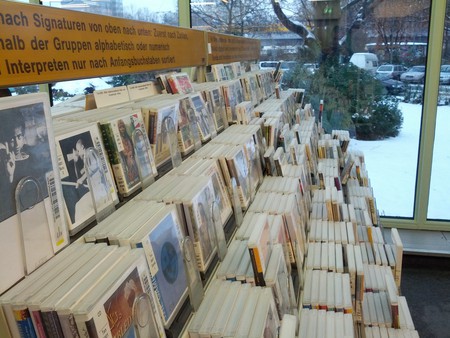