Victoria: One Night In Berlin Shot In One Take 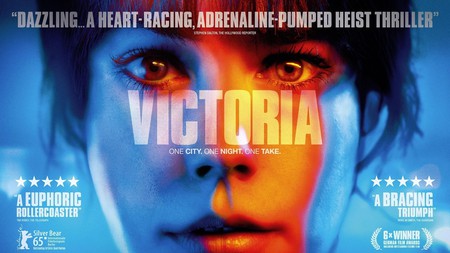 Victoria: One Night In Berlin ©I-D

Victoria depicts one wild night in Berlin from the perspective of a Spanish girl who is temporarily living in Germany’s capital. Done in an amazing single take, the film captures Victoria’s adventures with four German men she meets while leaving the club.

After leaving a nightclub during the early hours of the morning, (yes, this is a common occurrence in Berlin), Victoria comes across a group of four men. What seems like a friendly and insignificant interaction turns into a full night, or morning, of adventure and action that leaves the viewers filled with adrenaline. The men, Sonne, Boxer, Blinker and Fuss join Victoria in what turns out to be a crazy adventure. Due to the fact that the script was only 12 pages, a large amount of the film is improvised, and the chemistry between the gang is realistic. Things take a turn in the film when Victoria attempts to leave the men in order to go to her opening shift at a coffee shop, but finds herself alongside them nevertheless. Featuring alcohol, drugs and crime, Victoria has left viewers impressed and excited. 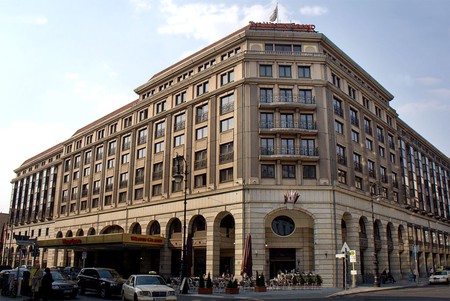 The Club Where Victoria Meets Her Companions For The Night

The club that is featured at the start of the film, that the gang returns to later, unfortunately no longer exists, but is at Charlottenstrasse 1 in Kreuzberg.

The next location is the späti where the group steals a few things, which is located nearby on Friedrichstrasse. This is on the same street as The Westin Grand Berlin, an important location in the film.

The bank is located on Zimmerstrasse 54, just around the corner from the café.

The café, which is actually called Wilhelm & Medne, is only three blocks away from the famous Checkpoint Charlie and is located on Hedemannstrasse 14.

Last but not least the hotel that Victoria and Sonne head to. This is the Westin Grand Berlin, which has also been featured in other films such as The Bourne Supremecy. 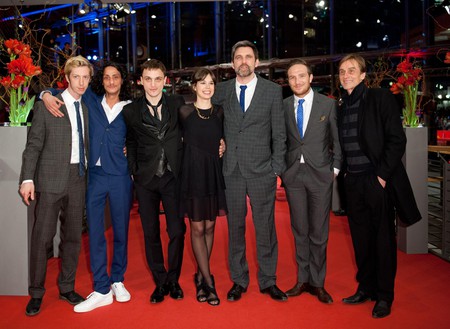 The movie has won awards in multiple categories at the Berlin International Film Festival and the German Film Awards 2015. Unfortunately, due to the high amount of English throughout Victoria, it was disqualified from the Academy Award for Best Foreign Language Film. The soundtrack is almost completely done by Nils Frahm, a German musician, producer and composer. The music plays an important role in the film, as it sometimes drowns out the dialogue between the actors and enhances the dramatic effect. The natural light and hand held shaky camera make the movie seem quite realistic and leave viewers on the edge of their seats. The film is really one of a kind for all audiences; whether from Berlin or not, Victoria is an impressive film that leaves viewers enthralled.