The Ultimate Guide to Escaping Berlin in Under Two Hours 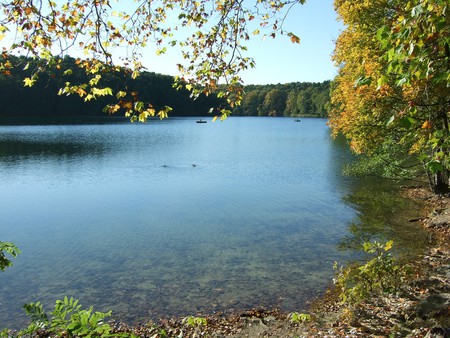 Escape the concrete grey of the city and explore Berlin’s natural and cultural wonders. When the hustle and bustle of Berlin becomes too much, the city has plenty of closeby getaways that can be enjoyed without having to book a hotel. This is the ultimate guide to exploring Berlin’s lakes, forests and day-trips, that can all be reached in less than two hours.

Once summer sets in there’s nothing better than escaping the heat of Berlin to one of its many, refreshing lakes. As the city heats up these oases become packed with locals and tourists all looking to cool down. However, for Berliners, the city’s tranquil lakes serve as the perfect city-breaks all year round, and when the mood to escape the city strikes, they’re the perfect short-distance respite. While the city has roughly 26 lakes, the closest to the city centre and best to enjoy all year round are Strandbad Wannsee, Weißensee and Schlachtensee. Accessible by S-Bahn and roughly 50 minutes from the city centre, Strandbad Wannsee is a series of lakes connected to the city’s second-largest river, the Havel. Surrounded by forest and a beach, this lake also has boats for hire and iconic white wicker chairs available making it the perfect place to play, wander and swim just outside of Berlin. Similarly, Schlachtensee can be reached by S-Bahn and takes about 40 minutes from central Berlin. The large lake, with surrounding forest, and boardwalk is perfect for strolling or jogging and the east bank offers a tranquil fishing spot. For something even more central, head to Weißensee, it will take you under 30 minutes on the tram from central Berlin, and has a summer kiosk, rich parklands and plenty of natural splendour. 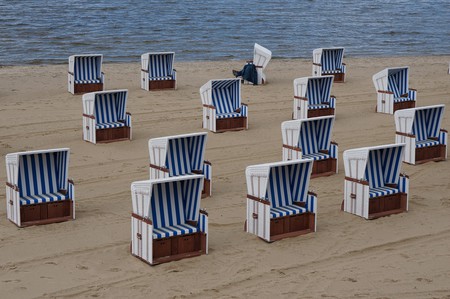 Leaving the noise of the city centre behind, to wander in one of Berlin’s lush forests or woodlands is a convenient, cheap and easy escape. Accessible by public transport, you can explore Grunewald Forest, Plänterwald and Park am Gleisdreieck, using your railcard. Berlin’s largest forest, encompassing 3,000-hectares of lush forest Grunewald is roughly an hour journey west of the city centre. Breathing in fresh air, hiking and exploring Berlin’s oldest Castle, or infamous abandoned sight, Teufelsberg, are just a few of the many activities that can be enjoyed in this huge forest. Plänterwald, located in former East Berlin is a forested playground within Berlin and only takes 25 minutes to reach from the heart of Berlin. Housing the former GDR amusement park, Spreepark, its a tranquil space filled with history and unique sights. Visitors can take the U-Bahn to visit Park am Gleisdreieck, which is roughly 30 minutes outside central Berlin. Once there explore the overgrown, forest area that was once a railyard. Walking through old north-south platforms and a rich flourishing parkland will make you feel you’ve not just escaped the city but also gone back in time. 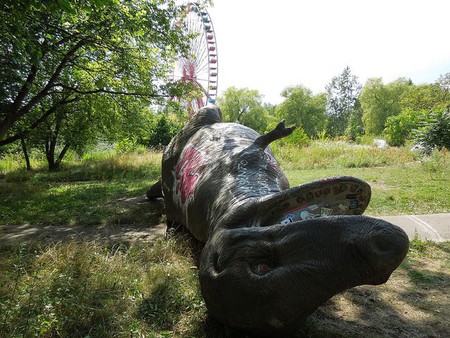 If you’re looking for more than brief sojourn into nature, Berlin also has a number of day-trip destinations that are easily accessible and close. Offering a mixture of culture, fun and stunning scenery the best day-trips from Berlin are Tropical Islands, Potsdam and Lübbenau, Spreewald. If you’re looking for a touch of summer in the midst of Berlin winter, then Tropical Islands, is the perfect mini-break. Located in a former Airplane Hanger, it’s Europe’s largest indoor tropical pool and sits just 60 kilometres from Berlin. It’s easily accessible on the train from Alexanderplatz, taking roughly one and a half hours, it’s the perfect spot to soak in some kitschy decor. Spend the day indulging in its fun with spas, saunas, cabaret, huge water slides and an indoor rainforest. However, for those looking to spend the day indulging in culture, then Potsdam is the ideal place. The Brandenburg gem of a city, is just a stone’s throw from central Berlin, taking just over 30 minutes on the S-Bahn. When there, visitors can delight in the city’s many UNESCO World Heritage sites, including the stunning Schloss Sanssouci, and its surrounding parkland. You can also see the mini Brandenburg Gate and enjoy traditional culinary treats and architecture in the city’s Dutch Quarter, it’s a charming town filled with history and culture and an easy day trip from Berlin. Lübbenau, Spreewald is another UNESCO gem, just an hour train ride southwest from Berlin. Nestled in the UNESCO Spreewald Biosphere Reserve, Lübbenau has a charming Old Town and a bustling port quarter for boat trips into the Spreewald. Visitors can enjoy a day of history and culture by exploring its little town or floating on the tranquil river in the reserve. With a mixture of activities, culture, history and fun, these mini-breaks from Berlin are sure to provide a day packed with amusement, and you can reach them all in under two hours. 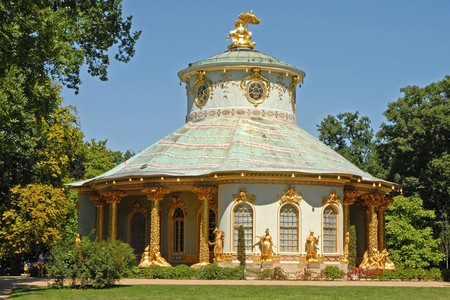