Toting A Satirical Message To Islamophobes On The Berlin U-Bahn 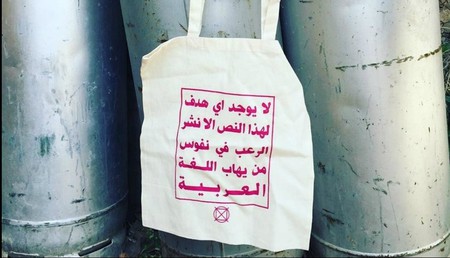 Islamophobia is a growing phenomenon. Politicians and media outlets don’t exactly do their part to combat these sentiments, so on Tuesday, August 16th, one person in Berlin decided to fight this battle in a rather tongue-in-cheek sort of way.

For those who aren’t fluent in Arabic, what makes the whole thing so clever is that the script on the bag reads, ‘This text has no other purpose than to terrify those who are afraid of the Arabic language.’ Thus, its evocative message is two-fold. To the Islamophobes, the script on the bag provokes their discomfort and subsequently exposes this fear as racist and irrational in a satirical way.

On the other hand, those who can read Arabic are invited in on the joke. This is particularly special, considering that Arab people are often subject to scorn, derision, and fear in public places like the city metro. This is some pretty clever trolling if we’ve ever seen it. 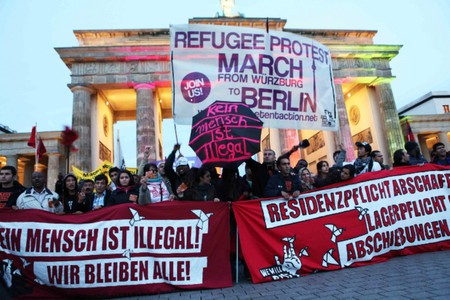 While the owner of the bag remains anonymous, journalist Nader Al-Sarras is responsible for capturing the image of the stranger standing with this sassy bag on the U-Bahn in Berlin, a city that is globally known for its large population of Arab nationals as well as refugees from the war-torn Middle East.

In the two days since Al-Sarras captured the image, it has already been liked and shared over 200,000 times on social media. The Israel-based company, Rock, Paper, Scissors, is the one responsible for making the totes.