The Best Things To See In The Neues Museum 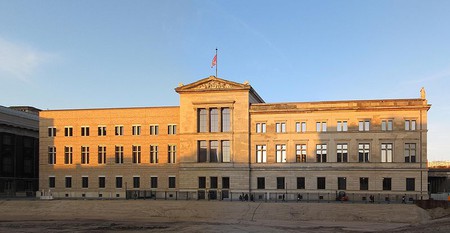 The Neues Museum is one of Berlin’s State Museums that focus on antiquities and the histories of ancient civilizations. The museum houses one of the city’s most famous artifacts, the Nefertiti bust, as well as a wealth of items from humankind’s enigmatic prehistory. Built in 1855, the Neues Museum building holds almost as much historical intrigue as its contents. Discover the highlights below.

On the first floor of the museum visitors will find a permanent collection consisting of over 6,000 items relating to enigmatic, early human history. Most items on display were found in Europe and Asia. We get a great glimpse at Nordic mythology in particular with displays like the ‘Odin Urns and Looted Art’. This exhibition also includes artifacts from Heinrich Schliemann’s collection of Troy and Cyprus as well as relics from early Christian and Western culture. To close out this portion of the museum, there are ancient objects on display in historical cases, which creates a feel akin to museum-style inception as we are transported back to the way the Neues Museum looked when it first opened over 150 years ago.

After admiring the collections of pre-history and early historical artifacts, head up to level three of the museum, and supplement your newfound knowledge with the relatively new permanent exhibition, which focuses specifically on the Stone, Bronze, and Iron Ages. A highlight of the museum’s collection on the Stone Age is the 11-year old Neanderthal found in Le Moustier. Next, the gallery explores the transition from hunter-gatherer lifestyles to those of animal husbandry and agriculture. The famed ‘Berlin Golden Hat’ is the most notable piece in the room dedicated to the Bronze Age. 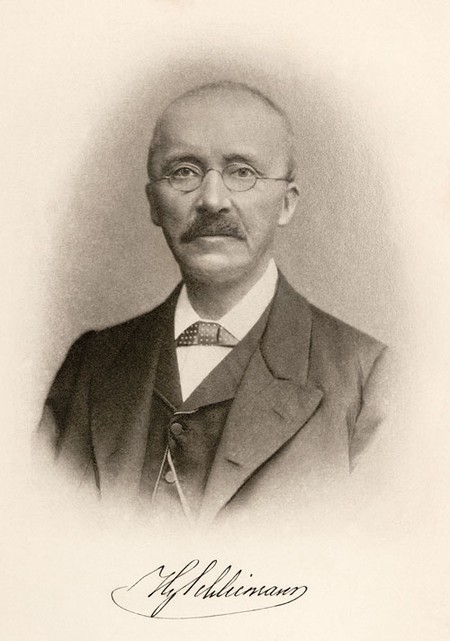 ‘Death in Naples – 125th Anniversary of the Death of Heinrich Schliemann’

Many of multimillionaire businessman, explorer, and archaeologist Heinrich Schliemann’s collections were gifted to Berlin’s museums after his death 125 years ago in Naples, Italy. More items from the fascinating repertoire of historical objects will be on temporary display until October 30th. Here, visitors have the exclusive opportunity to see this special exhibition as a commemoration of Schliemann’s life. Selected items from his Trojan collection along with pieces from his excavations in Egypt, Tiryns, Orchomenos and Mycenae are on public display for the first time. Additionally, rare archival documents borrowed from other museums will also be available for view.

In this permanent exhibition, we get a sense of the nuances that characterize the four-thousand-years history of the ancient Egyptian civilization, which many make the mistake of conceptualizing as homogenous and static in time. This collection features portrait heads of Egypt’s royalty followed by the ‘Berlin Green Head.’ The thoughtful progression of items on display in this collection shows us how Egyptian sculpture grew as an art form.

One of the most fascinating elements of Egyptian life was its death rituals. No collection would be complete without addressing these, and the Neues has several stone tombs on display. Situated at the end of the exhibition to allow for maximum anticipation, visitors will find the item that makes this museum most famous: the Nefertiti bust. The exhibition concludes with the Library of Antiquity where visitors can view a selection of ancient Egyptian texts. 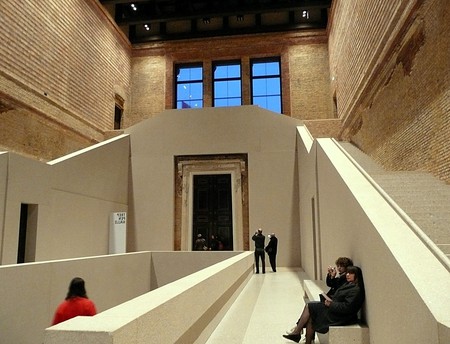 Neues Museum, an architectural gem in itself

The Neues Museum was built between the years of 1843 and 1855 and the original architect behind the design was Friedrich August Stüler. It was heavily damaged during the bombing of Berlin in the final years of WWII, however, and the famous English architect David Chipperfield oversaw its rebuilding decades later after winning a 1997 competition among architects. The museum was awarded the European Union Prize for Contemporary Architecture in 2011 for this marvelous restoration, which beautifully blends architectural elements of old and new by accentuating the original design with modern elements used to restore structural continuity.