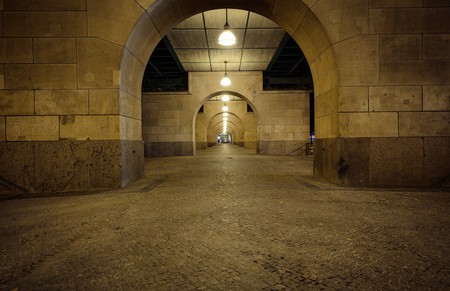 Urban industrial explorers and those fascinated by Germany’s wartime legacy can rejoice, as Berlin’s oldest underground tunnel has recently been reopened to the public. After 30 years in the dark, this U-Bahn tunnel has been brought back to life, thanks to Berliner Unterwelten (the Berliner Underworld Association). 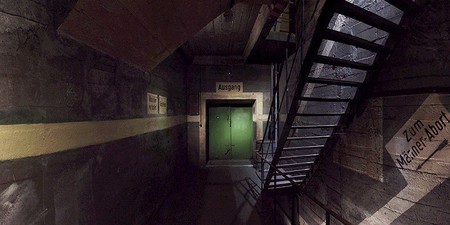 The team at Berliner Unterwelten (the lead authority on National Geographic’s documentary, Hitler’s Hidden City) are made up of archeologists and historians committed to the aspect of Berlin’s history that can still be explored below the surface, and know a side of Berlin that very few have the chance to see. And you’ve got to love their logo, which consists of the famous Berliner bear wearing a crown, walking down the stairs and holding a flashlight.

This non-profit organisation has spent years in the belly of the city’s past, providing those with a taste for history and adventure with special guided tours through relics such as the Humboldthain flak tower and the Cold War bunkers in Wedding. The team has now added the dusty 295-metre (968-foot) U-Bahn tunnel to its list of offerings. It is located beneath the former premises of AEG, one of the city’s first electric companies. 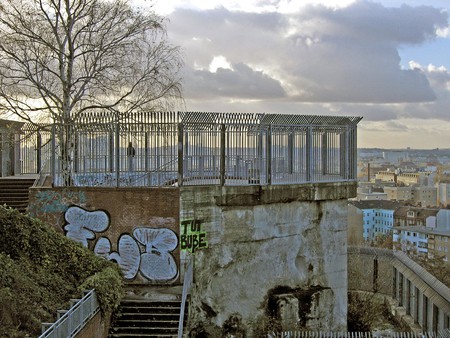 In 1897, AEG founder Emil Rathenau initiated the building of the test tunnel in order to convince city planners that an underground railway line would be the answer to the increasingly problematic amount of traffic on the city’s roads. Visionary as it was, it came to nothing, and instead the city chose a more cost-effective overground alternative, the railway line known today as the U1.

If you’re ready to delve into the depths of the city, the expedition lasts for an hour and a half, and is led by a guide with a true passion for the underground. It’s dark and clammy down there, and won’t get much warmer than 10°C, so make sure to wear good shoes and an extra layer to keep you cosy. 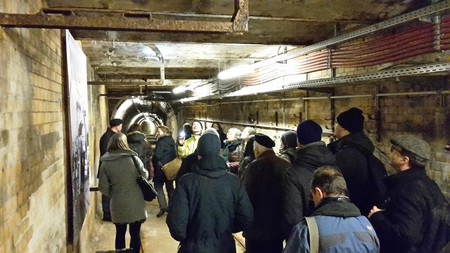 It’s incredible to imagine how much history this tunnel below the earth holds, from the crystallised ruins of ammunitions built in World War I, to the time when the tunnel was made into a bomb shelter for AEG factory workers during WW2. It was also used to transport materials that needed to be moved between AEG factories.

At the moment tours are offered only in German, but there are plans to expand into English before the end of 2017.