The World's Largest Waterpark Is Hiding Inside an Airplane Hangar 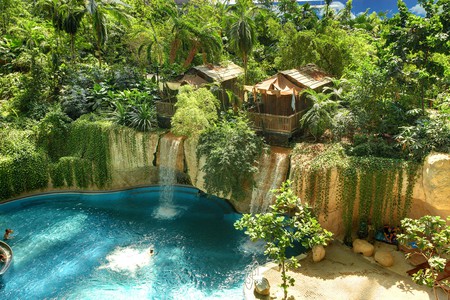 A tropical paradise is probably the last thing you would associate with Germany’s topography and cool climate, but a Malaysian company has managed to create one outside Berlin, hiding it in the most unlikely place you could imagine.

Those in search of the tropics no longer have to spend time dreaming about the sunshine and palm trees of Bali or Mauritius because just one hour south of Berlin, a sunny water world awaits inside an old airport hangar. Dubbed the “Tropical Islands Resort,” the 16-hectare water park can accommodate around 6,000 people looking for a little summer break in the middle of the dark months.

Enclosed in an abandoned airport hangar, it’s hard to imagine from the outside that a network of different pools including an Olympic-size pool, various water slides, an adult lagoon with a sauna, a full-service spa, a golf-course, and an evening entertainment program have all been built to replicate a lush seaside resort. 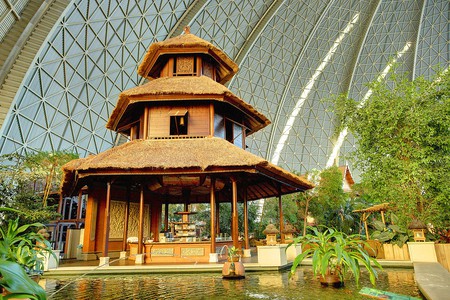 Inside the hangar, the air temperature is set to warm 25°C, with humidity between 40% to 60%, creating the perfect conditions to house the world’s largest indoor rainforest, as well as a beach, tropical plants, and restaurant facilitates. To really take the idea of a tropical vacation to the next level, guests can stay overnight in accommodation which includes junior suites, adventure lodges and romantic lagoon-facing rooms.

The park has been making summer dreams come true since it opened in 2004 in the former Brand-Briesen Airfield in Brandenburg. Water babies and bathers are enclosed in the dome-like structure that is as surreal as it is amazing. CargoLifter’s former hangar is the biggest free-standing hall in the world, meaning there are no supporting pillars inside to hold the structure up. 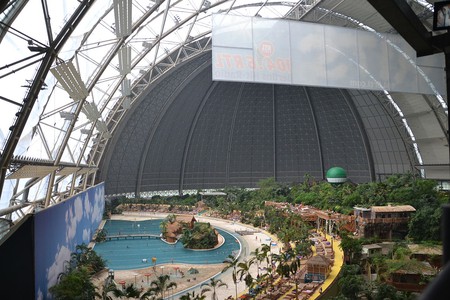 The dome first functioned as a military base before being commissioned as an airplane hangar named Aerium, but CargoLifter soon went bankrupt and their aircraft dreams were never realized. The Malaysian corporation Tanjong stepped in soon afterward and purchased the space for a whopping €17.5 million, and gained a permit to build the theme park that exists there today. 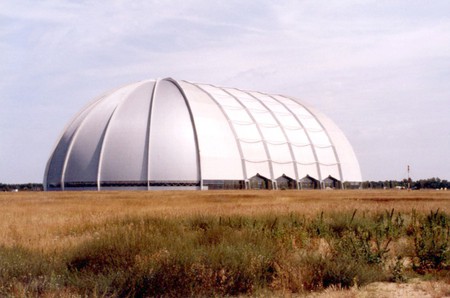 With an estimated 500 employees working there, the park is open all day every day, and visitors pay an admission fee that is dependent on the areas of the park they would like to use.