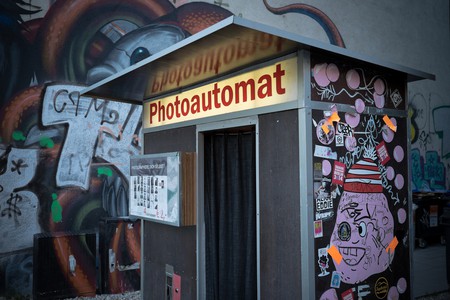 Hidden among buildings, sitting within techno clubs and placed idly throughout the city, the Berlin photoautomats are the analogue photo booths with an unlikely story. Locals have at least one of the vintage photos hanging on their walls, and tourists grasp them in their palms as a unique Berlin souvenir. The icon that is the Berlin photoautomat is one that is rarely thought about. But the story of how these vintage nooks became part of the city is as unique and charming as the booths themselves.

How the legendary photo booths came to Berlin

Once inside, the curtain is drawn, creating a cocoon of privacy; seated on the old-turn chair, you throw in a 2€ coin and wait for the bright flashes, creating your own photoshoot. After four clicks you’re done, waiting in anticipation to see if your photos have come out according to plan. Moments after hearing the clunking of the dryer, the machine will spit out your strip of photos, immortalizing your Berlin moment.

The vintage experience found a home in Berlin in the early summer of 2004, when friends Asger Doenst and Ole Kretschman, with a passion for photography, brought the first booth to Rosenthaler Platz. The masterminds behind the photoautomat brought back this relic after coming across them during a trip to Switzerland. Seeing the potential, they immediately decided it was something they should bring to Berlin. After that, they acquired and restored their first booth for the city, with the goal to make a small living off the idea. They immediately saw its potential and set out to search for more booths across Europe, stumbling upon Martin Balke, the owner of Schnellphoto AG, the company that kept roughly 150 photo booths running across Switzerland. 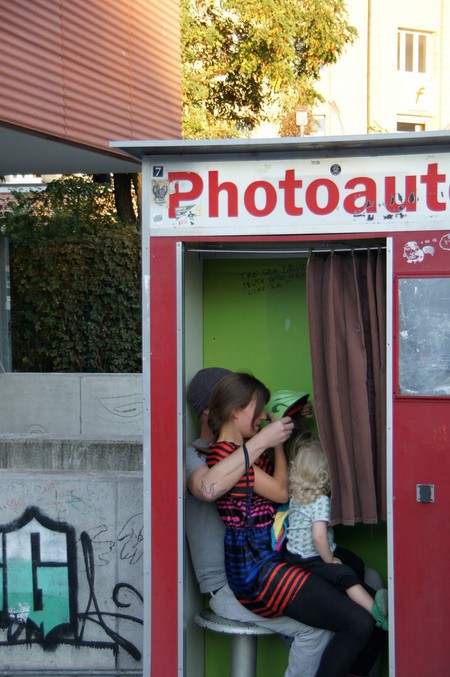 From Switzerland with love

Schnellphoto AG, was a family-run business with brother Martin and Christoph Balke growing the empire throughout Switzerland. However, in a beautiful twist of fate, when the Berlin duo, Asger and Ole, approached the brothers, they were nearing their retirement and didn’t have anyone to hand the business down to. They were drawn by the Balke’s high-quality and cheap passport pictures that the photo booths produced, since in the beginning of their Berlin photoautomat endeavour the pair had been saving and restoring old machines from Spain and Canada, some already on their last legs. Once coming across their Swiss counterparts, Asger and Ole then spent several months in Switzerland, learning how to manage and maintain a larger network of booths, completing a photoautomat apprenticeship of sorts. Armed with knowledge and the machines they needed, the pair set out to transform the streets of Berlin. 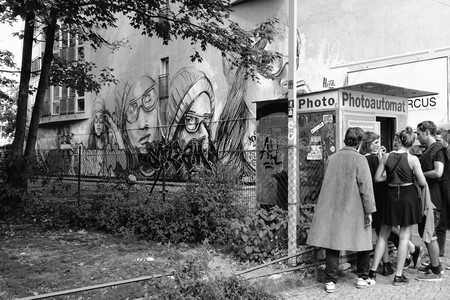 Today there are as many as 35 booths dotted around Berlin, and they can also be spotted in Leipzig, Hamburg, Cologne, Zurich, and Florence. Creating hubs of laughter and the perfect city souvenir, the photoautomat is an undeniable cult favourite, letting Berliners and visitors play with their creativity and immortalise a moment in time.