Living in Berlin does often mean trading off the warm weather of sunnier climates for often dark, cold winters. Sacrificing mild Januaries and sunny Februaries does have its benefits though: snow and skiing. Here is our ultimate guide of where to go skiing near Berlin without having to spend much or travel far.
Harz Mountains © Sasha Frost

The Harz Mountains are in the region of Saxony and offer fantastic opportunities for skiing, especially cross-country skiing. In the peak season of February, expect beautiful landscapes and trees laden with freshly fallen snow. The highest point is Wurmberg at 971 meters. Braunlage is one of the more popular places in northern Germany for skiing. Northwest of there, one can also find Bocksberg-Hahnenklee, another ski resort with runs of varying difficulties.

Berliners always have the option to head east for the short journey into Poland. Szklarska Poreba has seven ski lifts and seven pistes in total, and the highest area system by the ski lift system is at 1,361 meters. Apart from skiing, Szklarska Poreba offers 50 kilometers of cross-country skiing tracks and ten restaurants for guests to relax at after a long day on the slopes. 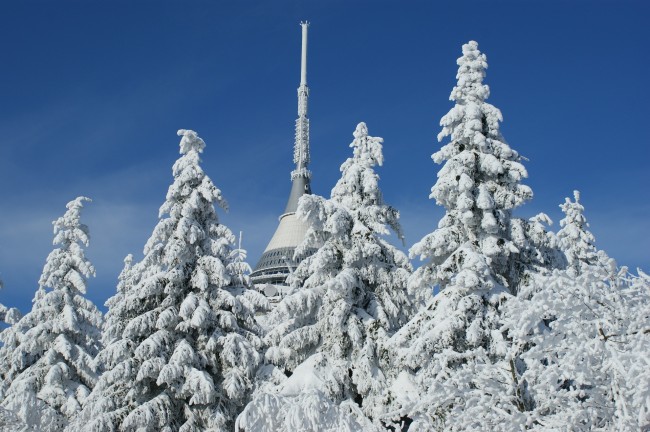 Ještěd in the Czech Republic offers a ski trip with 11 ski slopes and 8 ski lifts, and the highest area served by the ski lift system is at 1,000 meters. The longest run in Ještěd is two kilometers. There are also eight kilometers of cross-country skiing trails available.

Again in the Czech Republic, Bedřichov offers eight ski lifts serving nine pistes. The highest one can be found at 810 meters above sea level. If you travel with people who are not keen on going downhill skiing, there are plenty of cross-country skiing trails available, with a total length of 90 kilometers. 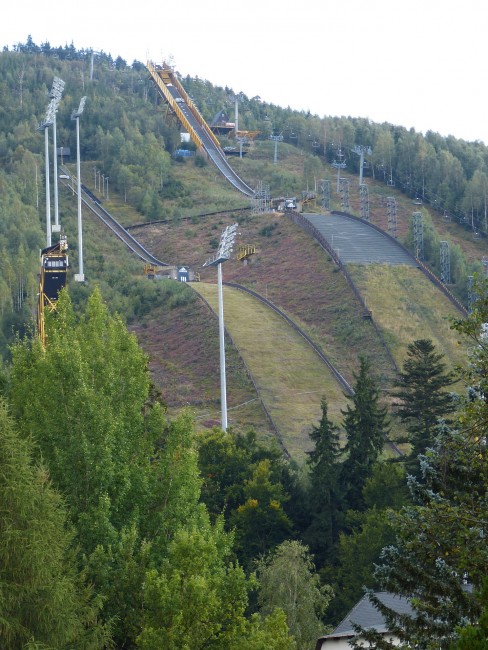 Czech Republic is once again where you find Harrachov. There are in total four ski lifts that serve five pistes. The highest is found at 1,020 meters, and the highest vertical drop is 370 meters. Again, for those not interested in downhill skiing, there are cross-country skiing tracks available at a total length of 110 kilometers.

In the Czech Republic, Rokytnice nad Jizerou has 32 ski lifts and 40 pistes in total, and the longest piste is 3.2 km. A series of activities is also available either in summer or in winter, such as bowling, kart racing, and riding in bike parks. There are also a great number of restaurants to replenish after a long day.

Špindlerův Mlýn is one of the major Czech ski resorts, located in the northern part of the country on the border with Poland. The resort not only offers excellent places to ski, but also a bunch of fun activities for all the kinds of visitors. The area is of mid-size and offers around 20 ski slopes., as well as good cross-country skiing trails. The highest peak measure 1,310 meters. For those who want to simply play in the the snow, there is a good snow park and usually a half pipe.

In the Czech Republic you find also Pec pod Sněžkou. It is one of the best known ski resorts attracting a lot of skiers from all over Europe. In total there are 12 ski lifts that serve 11 pistes, and the highest piste is found at 1215 meters above sea level. There is also a freestyle park, a bobsleigh track and snow tube ice channel.