The Best Places To Picnic In Berlin 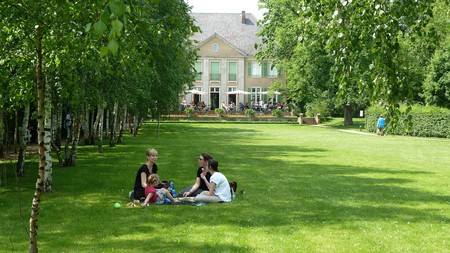 Summer in the city, check. Picnic basket full of yummy goodies, check. A bunch of good friends, maybe that significant other, check. Cool beers, check. Once the picnic essentials are thrown together (possibly with a checkered blanket), all one needs to do is to pick a picnic spot in Berlin and go. From its parks to its lakes, Berlin has no shortage of cool picnic spots. If you are not quite sure where to head to, here are some of its more popular picnic destinations.

The Multitude of Berlin Volksparks

So we’re cheating a bit with this picnic entry on our list because, to be honest, Berlin has no shortage of parks, some more popular and reachable, some tucked away quietly in a humble corner for one to show up in her sundress and a bag of freshly-bought picnic goodies. Volkspark Friedrichshain combines the best of many worlds, including but not limited to, recreational greens, a romantic swan pond, a barbecue area, an open-air cinema and even a climbing wall. Volkspark Rehberge with its 29 hectares of greens offers some ideal romantic spots in the form of a breathtaking rose garden and its fun water park. As an added bonus, the park also has sports fields, a stadium, toboggan run and even an outdoor theater. 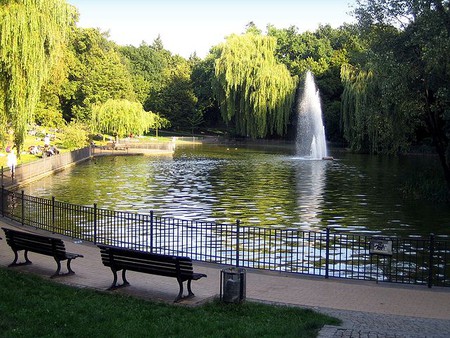 By Manfred Brückels – The Swan Pond in Volkspark Friedrichshain

The Multitude of Berlin Lakes

Just like its urban parks, Berlin is dotted with Sees (‘lakes’) which offer great spots to interval the picnic ritual with occasional swimming sessions. There is, of course, the obvious choice of heading to the southwest of Berlin where one finds Wannsee with its popular strand bad ‘beach’, the most secluded Schlachtensee where the lake is a just a stone throw-away from the S-Bahn station. If however one feels a bit more adventurous and owns a bike as well, it is always worth stepping off the beaten path and heading to Müggelsee in the southeast or Liepnitzsee in the north. 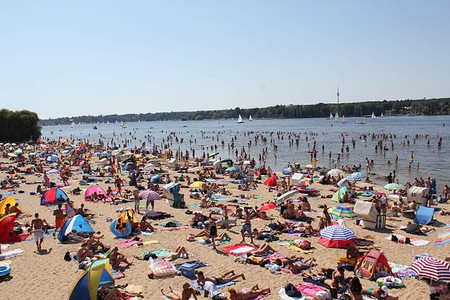 The next entry is an underrated gem in the buzzing Berlin neighborhood. Located in a hilly area in Kreuzberg and overlooking the glacial valley, Viktoriapark is the perfect romantic spot for a stroll, catching the sunset and enjoying a cool beer on its monumental hill which is occupied with Schinkel’s National Monument for the Liberation Wars. Not only does it offer a perfect perspective of much of the southern and central part of the capital, it is also adorned with an artificial waterfall which originates at the bottom of the monument and flows all the way down to the junction of Großbeerenstraße and Kreuzbergstraße. 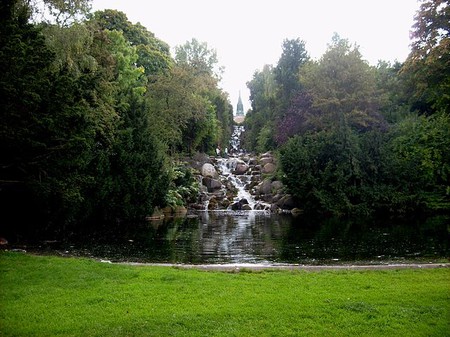 Berlin’s largest and most frequented inner-city park is popular with both locals and visitors as it is as central as it can get in the Hauptstadt. Formerly a hunting ground and a private royal sports area, Tiergarten now offers a quick access to those who like to take some time off from all the hustle and bustle of the capital. It’s perfect for taking a breath of fresh air, a stroll, a ball, a bike or a picnic basket too. The garten is also house to Tierpark ‘animal park’ which is Europe’s largest adventure animal park. Outsized in Berlin by Tempelhof Field only, the garten also houses a large playground, a lake with rentable boats and barbecue areas. 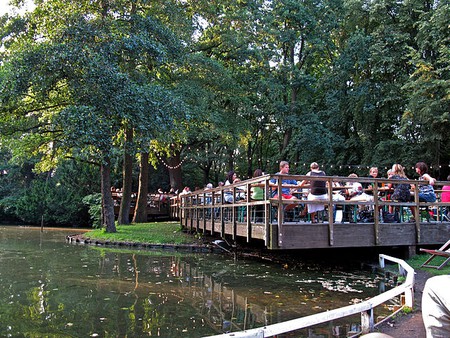