The Top Art and Culture Hotels in Berlin 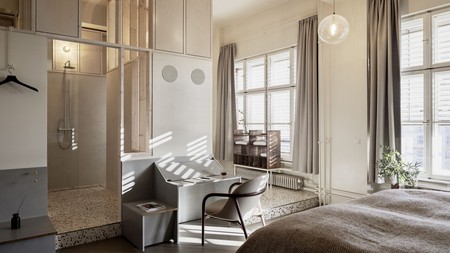 Berlin is a thriving cultural hub with a range of social identities. Its fascinating and turbulent history has shaped the city into a unique metropolis and has created a diverse personality that attracts people from all walks of life. To celebrate Berlin’s individuality, we look at the best art and culture hotels that represent the history and identity of the German capital – bookable on Culture Trip. 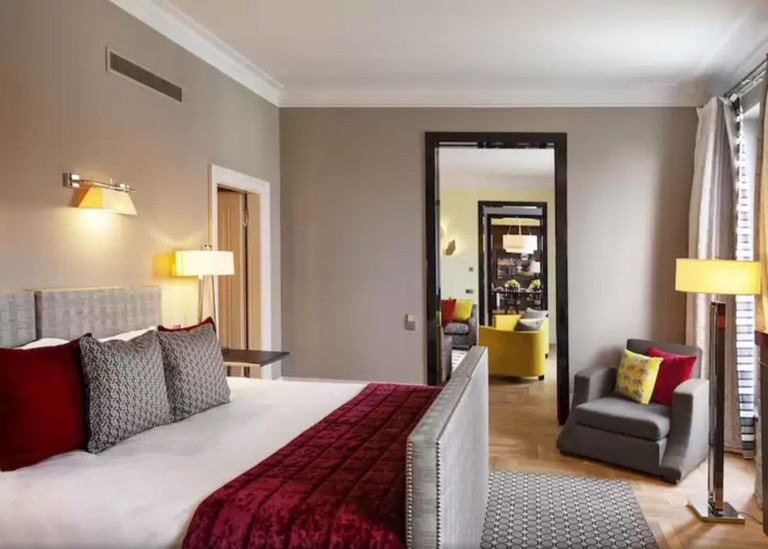 Set in a majestic building designed by Ludwig Heim that dates back to 1889, the walls of Hotel De Rome have experienced many of the great changes that occurred in Berlin. The building was the head office of the Dresdner Bank until 1945 when it was taken over by the East German Communist Party. From the fall of the Berlin Wall to 2003, the vast structure was not in use. After several years of renovations, the hotel opened in 2006 with its renewed elegant and grandiose design. Mixing its history with modern luxury, the hotel features a swimming pool in the old vault of the bank. 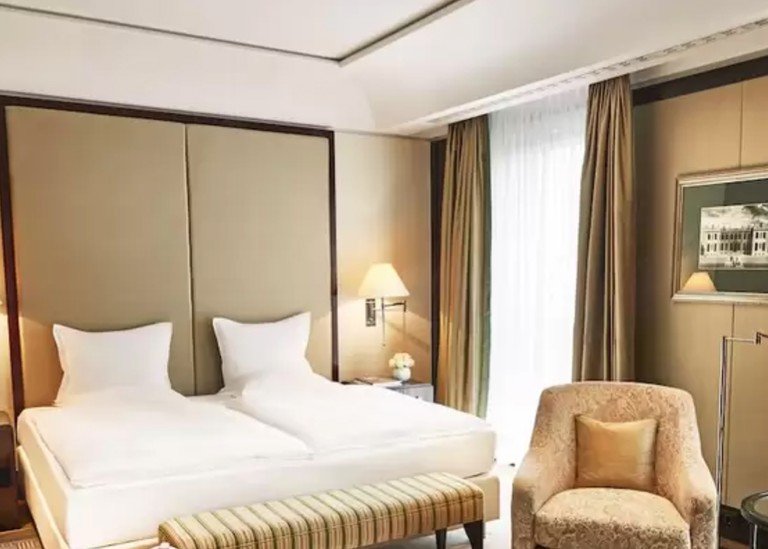 Hotel Adlon is one of the most famous hotels in Europe and has a narrative dating back to 1907. The hotel was opened by Lorenz Adlon with the help of Kaiser Wilhelm II, and was the most modern hotel in Germany at the time. Over the years numerous famous guests stayed there including members of royal families, celebrities, politicians and journalists. The structure survived the Second World War with minimal damage; however, the main building was tragically destroyed by an accidental fire in 1945. The remains of the hotel continued to be used until the building was finally demolished in 1984. It was reconstructed in 1997 and once again returned to its grand aesthetics. 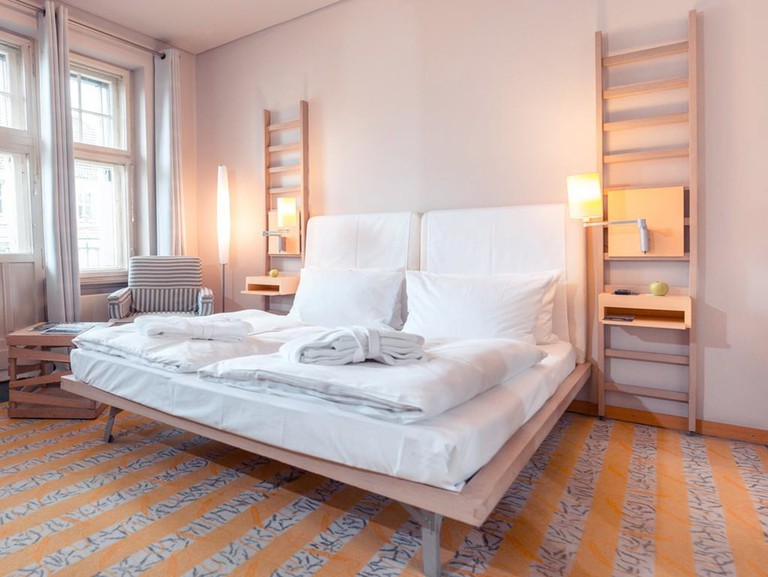 Courtesy of Hotel Bleibtreu Berlin by Golden Tulip / Expedia
Housed in a 19th-century patrician house in Charlottenburg, the Bleibtreu Hotel is committed to art, design and comfort. The hotel is notable for its literary project, LiteraturRaum. This program invites famous authors from around the world to stay at the hotel for several weeks and to write on the hotel’s blog. Recording their observations and thoughts, this project captures Berlin from the perspective of some of the most exciting minds in the literary world. The hotel also contains a range of art and designer furniture, further demonstrating its devotion to culture. 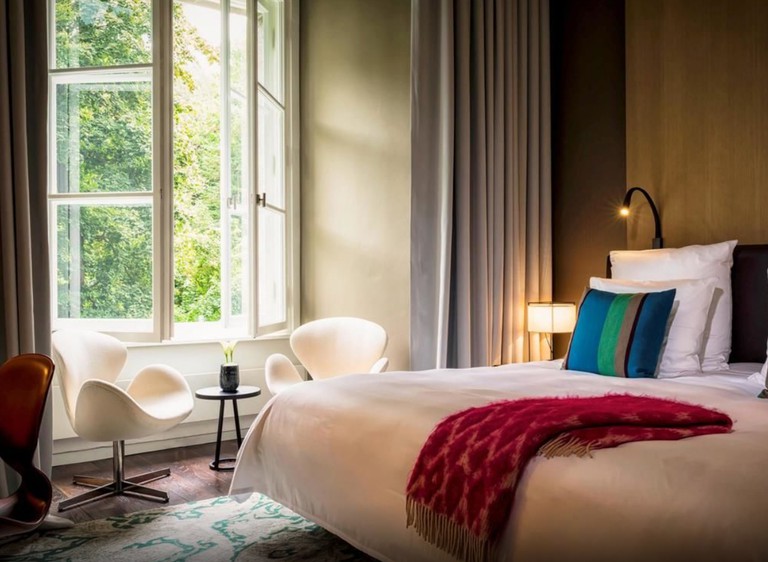 Right next to Berlin’s zoo and the enormous Großfürstenplatz Park, Das Stue lets its visitors see the natural beauty and culture of Berlin. The hotel’s architecture features a stunning merging of old and new, with visible elements of both the original Royal Danish embassy building and architect Annette Axthelm’s modern additions. Art and design also stand out in this boutique hotel, with a large collection of original prints on display in the contemporary interiors designed by Patricia Urquiola. Highlighting its natural neighbours, the hotel also features many animal-themed decorations. 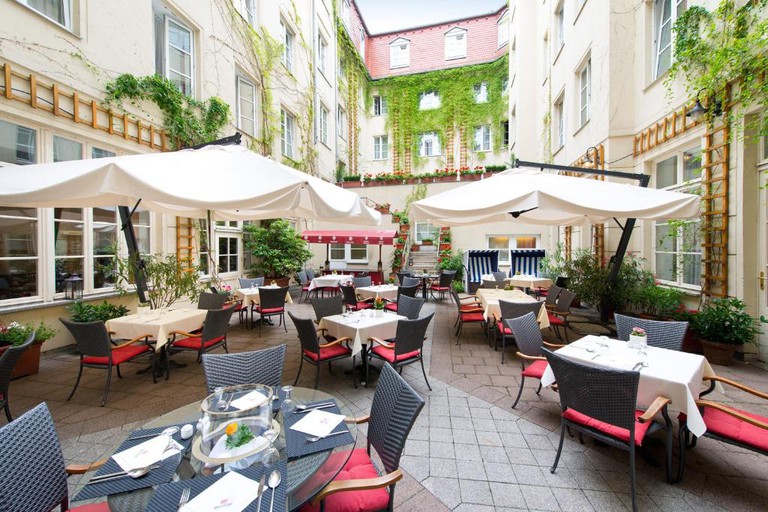 Hotel Albrechtshof is in the heart of Berlin, both geographically and metaphorically. Originally opened as a hospice in 1910, the building has always been used to help the people of Berlin. Throughout the years it grew in reputation and became one of the most respected hospices in the city. Since becoming a hotel, it has continued its humanitarian nature, donating some of its profits to churches and charity organisations. During the rule of the East German Communist Party, the hotel was one of the only houses that were not under state regimentation, and so it became a refuge for many families divided by the Berlin Wall. 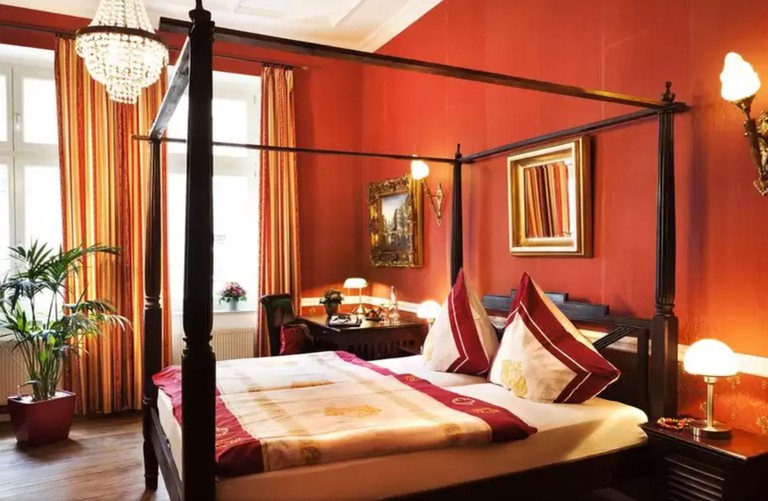 The history of this hotel reveals the resistant spirit found in Berlin during the communist era. The hotel consists of two separate edifices, the Honigmond Garden Hotel and the Honigmond Restaurant Hotel. The former was constructed in 1845, and surviving the test of time, is now a monument-protected house, while the structure of the Restaurant Hotel was built in 1895. Originally a tavern, it became a meeting point for intellectuals and artists during the GDR era. With figures such as Wolf Beirmann known as regular customers, the venue was soon labelled as part of the ‘opposition’. Before the end of the Communist rule, the tavern was shut down by the Ministry for State Security, and it wasn’t until 1995 that it reopened. Its rebirth came in the form of a restaurant, which soon grew into a hotel. Continually increasing in popularity, the Honigmond opened its second location at the Garden Hotel in 2000. 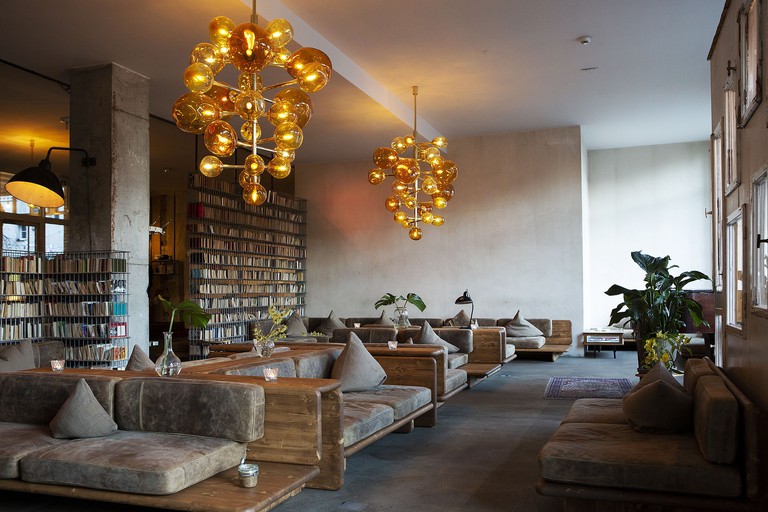 The Michelberger Hotel fills the gap between artistic and affordable. Created and owned by a group of friends, it exudes the atmosphere of a mate’s place rather than a hotel. The rooms come in quirky sizes such as Cosy or Band and feature distinct interiors with trendy decorations such as books for wallpaper or a snow sled for a coffee table. Each room radiates an exciting indie aura that is heightened by the relaxed and comfortable atmosphere of the hotel. Not static in its cultural activities, the hotel also functions as a graphic design studio, music venue and general hangout spot.

For some great options in the capital, check out the best hotels in Berlin – bookable on Culture Trip.