The Top Things To Do For Free In Berlin 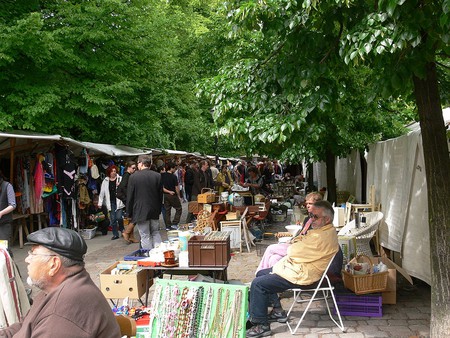 Berlin is one of the most affordable European capitals, and this fact has made it a hotbed for young creatives and entrepreneurs over the past couple of decades. With its stark and surprising history combined with its ultra-cool reputation, many people flock here each year to see what all the hype is about, and doing so on a budget is totally feasible. In fact, there’s plenty to do for free.

For the true culture vultures among you, make like a local and hit up Berlin’s many galleries. Peruse the work of some of the contemporary art scene’s brightest stars, all for free. Grab some friends and head to Mitte, where Berlin’s gallery district awaits. There’s something for all tastes, and if planned correctly there could even be free drinks involved. If you are able to catch an opening, gallery visits can quickly burgeon into a night of socializing with some of the city’s most intriguing creative minds. 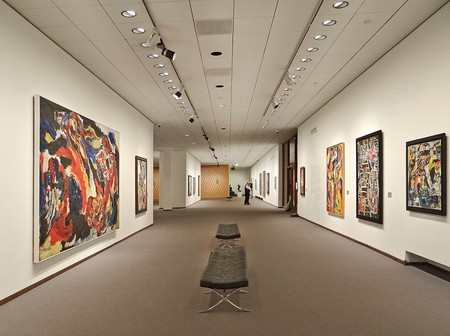 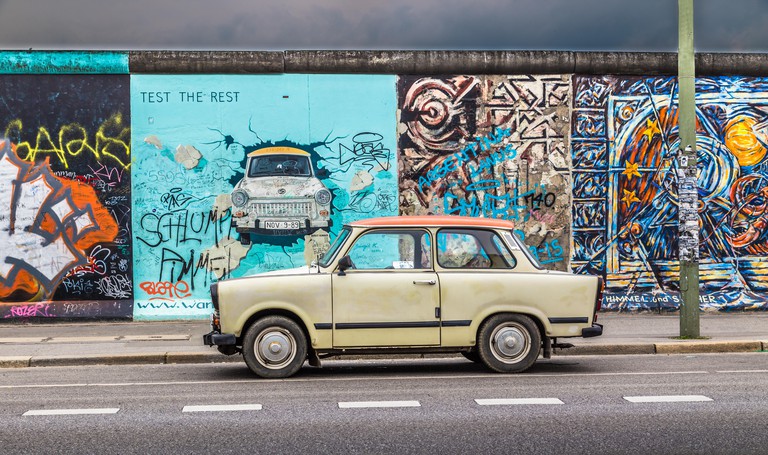 The East Side Gallery is a section of the Berlin Wall covered in colourful murals | © Scott Wilson / Alamy Stock Photo
Speaking of galleries, no trip to Berlin would be complete without making your way down the longest remaining stretch of the Berlin Wall at the East Side Gallery. Demystify the notion of a city once divided by feasting your eyes on the Wall itself. Decorated in striking political displays of graffiti and street art, this is a highlight of most people’s visits to Berlin. Of course, this open-air gallery is completely free, and it is located at the juncture between Kreuzberg, Friedrichshain, and Mitte, making it an easy stop on the way to any of these famed districts. Be sure to bring a camera, or at least get ready for some utterly Instagrammable surrounds. 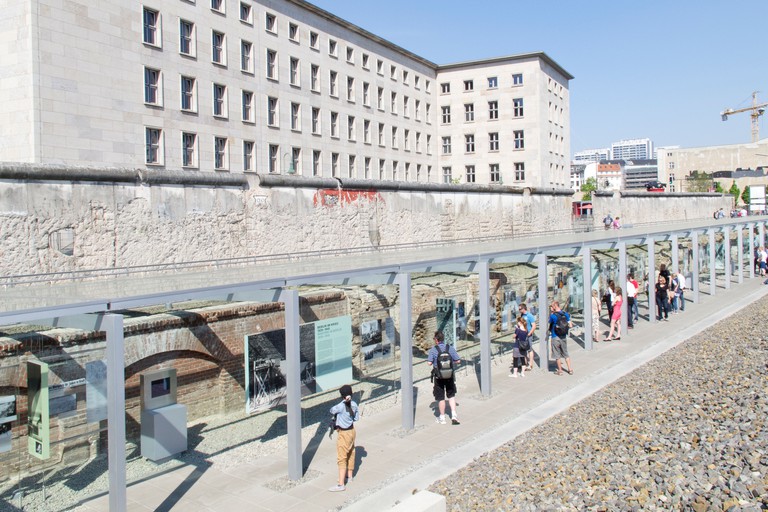 The Topography of Terror was once the most feared address in Berlin | © 2ebill / Alamy Stock Photo
Berlin is certainly no stranger to peril. In addition to functioning as the headquarters for the Third Reich, 90% of the city was destroyed during WWII, and then half of its population was sequestered and subject to surveillance and imprisonment for upwards of four decades under the GDR. While life has since gone on in Germany’s thriving Hauptstadt, the city certainly does its part to pay its respects to the victims of its destructive past. The Topography of Terror is free and open to the public seven days a week to provide a place for reflection and education about the atrocities people faced at the hands of Germany’s authoritarian regimes. 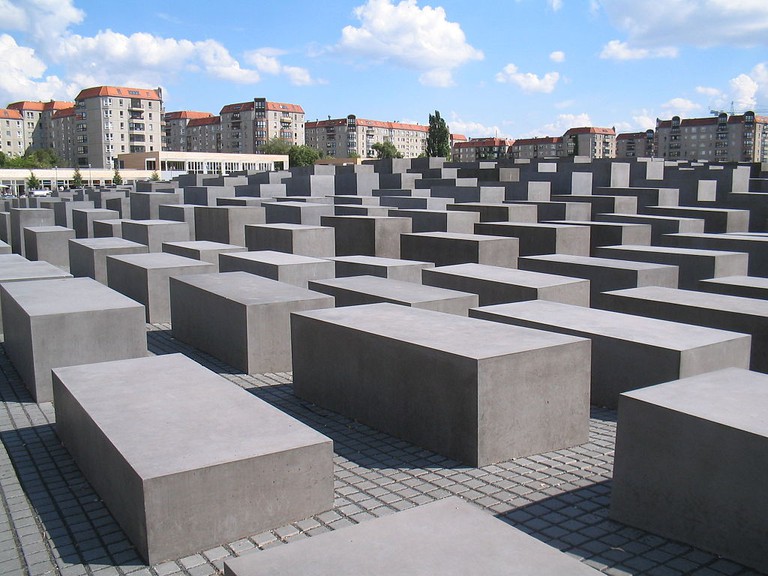 Holocaust Memorial, Berlin | © K. Weisser/WikiCommons
Situated within walking distance from the Topography of Terror is the city’s famed Holocaust monument, named the Memorial to the Murdered Jews of Europe. Comprised of 2,711 slabs of concrete, architect Peter Eisenmann intended to make a memorial that was more evocative and interactive than most others like it, with the belief that memorials ought to capture the feelings we are intended to remember in viewing it. People can walk amid the slabs, and just about everyone who does so is overcome with feelings of disorientation and oppression, offering people the chance to truly contemplate the harrowing nature of living under Nazi rule.

Berlin is often lauded for its many parks and green spaces, so we absolutely recommend paying them a visit! Grab a blanket, a book, and some friends and enjoy these serene escapes from the bustle of city life for free! Tiergarten, located at the city center, is the largest and most popular. It is filled with a multitude of picturesque spots and other hidden attractions. Alternatively, make like a local and head to Treptower Park just south of the city center. Behold the enormously grant Soviet War Memorial and walk along the parks riverside promenade to absorb some precious vitamin D in a city that is often dreary and overcast. 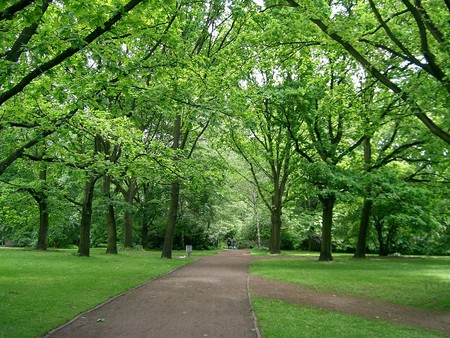 Window shop at the flea market

Berlin is also home to many famous market halls and flea markets. While we won’t tempt you or your wallet by directing you to one of the city’s food-oriented markets, there are plenty of interesting flea markets that are worth exploring, even if you don’t spend a cent. The Mauerpark Flohmarkt is probably the most famous in this regard. Occurring every Sunday, many people flock here to sift through a myriad of different items ranging from vintage cameras and jewelry to home goods and just about everything in between. Plus, there are always live music performances going on, which are free to everyone. 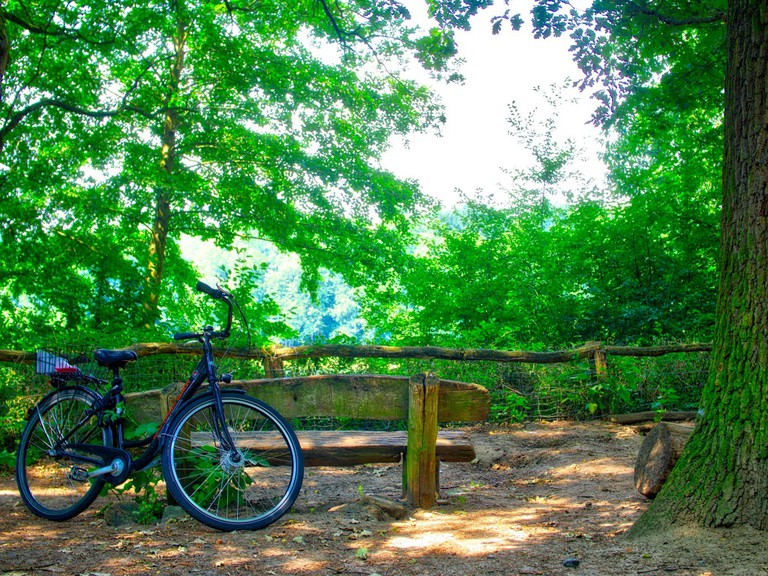 Grunewald Forest | © Sergey Galyonkin/Flickr
Sometimes a mere afternoon spent in one of Berlin’s parks just doesn’t quite cut it. For a truly immersive experience, make your way to the enchanting Grunewald Forest on the city’s western edge. Grunewald itself is comprised of 3,000 hectares of land, filled with lakes, rivers, and running trails, which offers plenty enough to be explored. Additionally, there are a number of iconic spots and historic sites interspersed throughout the forest, and all of them are free. Behold the eerie remains of the Tuefelsberg Soviet-era spy tower, or take in the best view of the city from the top of Drachenberg, which in English translates to Devil’s Mountain.

Walking around this beautiful city won’t cost a thing, and wouldn’t it be nice if you could bring someone along to tell you everything worth knowing about it? Sandeman’s Free Walking Tours actually got their start in Berlin, and many still cite it as the best city tour offered by the company. In the course of about two hours, they will take you around to the most famous historical spots from the Brandenburg Gate to the sight of Hitler’s bunker. We should not that, while the tours are advertised as ‘free’, patrons should give as generously as possible when it comes to tipping their guides – after all, this is how many locals make a living! 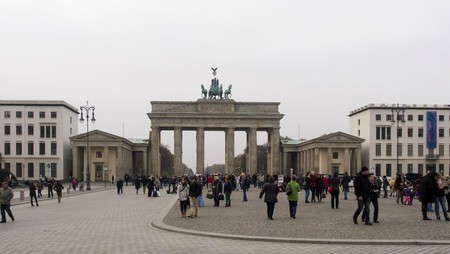