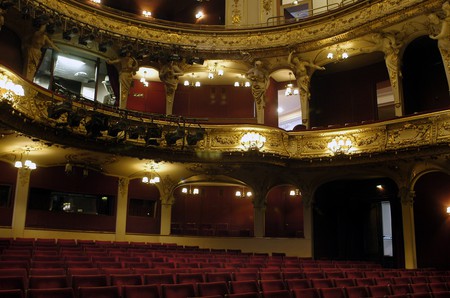 Bertolt Brecht’s The Threepenny Opera, a revival of which is headed to Berlin this autumn, was the Hamilton of its day for Weimar Berlin’s high society. Learn the history of the seedy, anti-capitalist tale that the bourgeoisie of the 1920s flocked to even as it denounced them.

Even if you can’t get a ticket to the Berliner Ensemble’s latest revival of Bertolt Brecht’s The Threepenny Opera, it’s worth visiting the magnificent 1892 Neo-Baroque theatre to which the company gives its name. Located by the Spree River in Berlin’s Mitte area, the former Theater am Schiffbauerdamm was described by Otto Friedrich in his book Before the Deluge: A Portrait of Berlin in the 1920s as “a tower-topped relic ornamented with alabaster tritons and dolphins and assorted nymphs and muses, which still stands on the quay where Berlin’s shipbuilders once worked”. 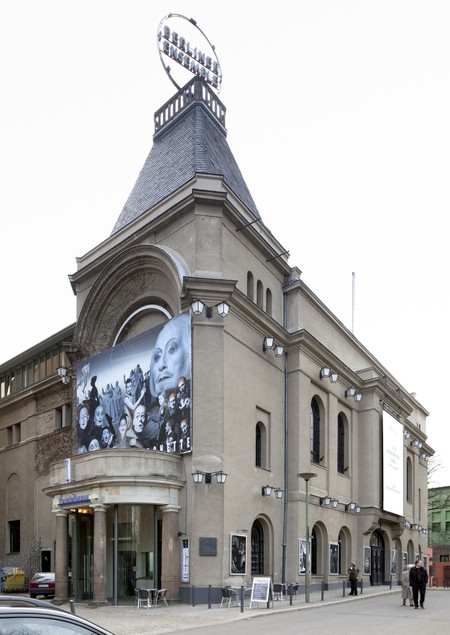 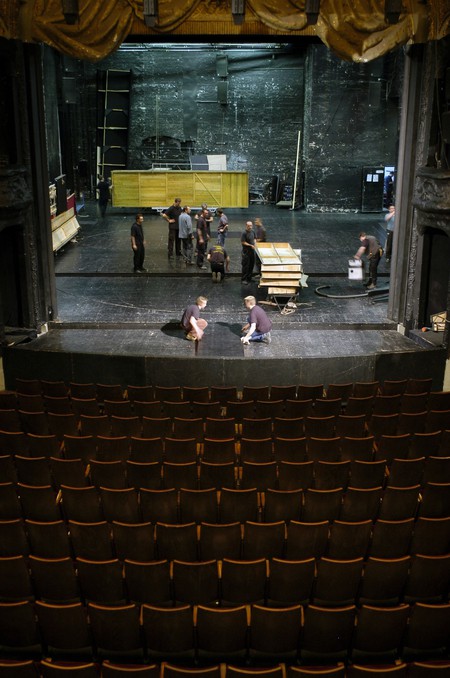 The inside of the theatre | © Britta Jaschinski / Shutterstock

It was here, in 1928, that The Threepenny Opera gave Brecht his crucial breakthrough as a dramatist and as the visionary practitioner of ‘epic theatre’, which was designed to make audience members think objectively about what they were seeing, rather than identifying with a play’s characters. 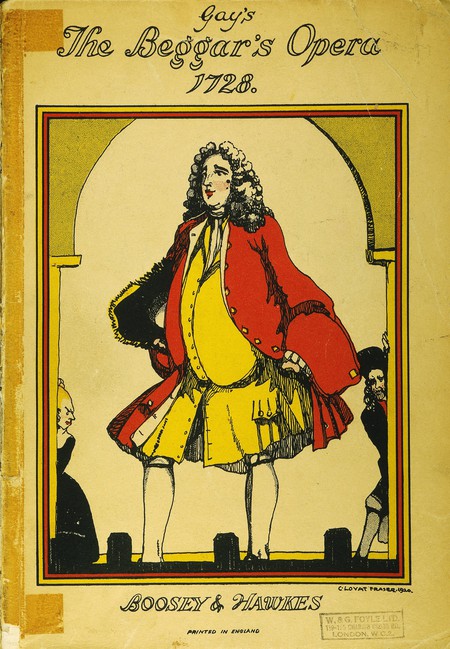 The Threepenny Opera’s story was relatively sordid for a prestigious Berlin production, even in the permissive climate that prevailed in the late ’20s. Its anti-heroic protagonist Macheath (‘Mac the Knife’) is a notorious whoremonger, gangster, murderer and rapist. By marrying Polly Peachum, Macheath enrages her father, the capitalist leader of Victorian London’s beggars. Peachum resolves to wage war on Macheath’s army of burglars. Initially protected by Tiger Brown, the police chief who was previously his comrade in arms, Macheath is betrayed by his spurned prostitute-mistress Jenny and sent to the gallows. But he is reprieved by the queen, who grants him a pension and a castle in an outrageous deus ex machina. 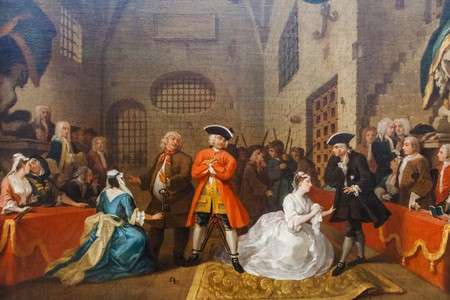 The musical was Brecht’s scathing critique of capitalism and bourgeois hypocrisy in a Weimar Berlin riddled with unemployment and poverty, in which everyone is on the make and sex is a commodity.

As well as inverting morality in the play, Brecht, then an embryonic Marxist, used socialist slogans and other distancing devices, such as signs, to break the illusion of reality and make the audience think about the political theme of the play. This is espoused in a song sung by Peachum, who says, “Man has a right, in this our brief existence / To call some fleeting happiness his own / Partake of worldly pleasures and subsistence / And have bread on his table, rather than a stone.” 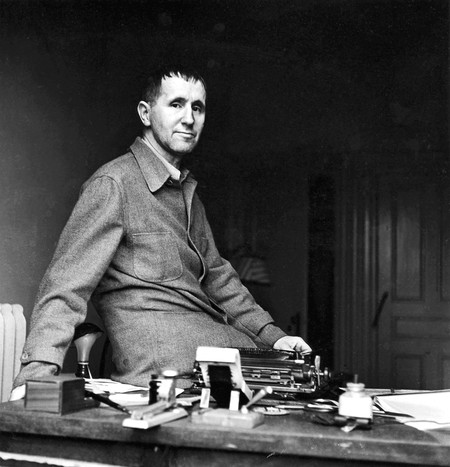 Featuring Brecht’s abrasive and bawdy lyrics, which were incongruously paired with Kurt Weill’s catchy tunes, The Threepenny Opera reinvented stage musicals by liberating them from the dominance of grand opera.

As Norman Roessler writes in the introduction to the 2007 Penguin edition of the play, “It struck almost instinctively at the whole hierarchical order of the arts, with opera on its Wagnerian pinnacle at the top, and reshuffled highbrow and lowbrow elements to form a new kind of musical theater which would upset every accepted notion of what was socially and culturally proper.”

The Threepenny Opera created a sensation when it opened on 31 August 1928, “a date that was to go down in the history of twentieth-century theater,” writes Jürgen Schebera in Kurt Weill: An Illustrated Life. “Up until the ‘Kanonensong’ (‘Cannon Song’) the audience was rather reserved. But then came a breakthrough. The audience grew increasingly excited; approving murmurs and applause swelled to a crescendo. By the end, the triumphant success in which no one had believed had become a reality.”

The play was performed over 350 times at Theater am Schiffbauerdamm and, within a year, 4,200 times at 120 theatres, according to the 2012 Methuen edition of the play: “Within three years, eighteen recordings in eighteen languages had been issued. ‘Threepenny fever’ gripped everyone, with the tunes being whistled in the street and a ‘Threepenny Opera Bar’ opening in which only tunes from the show were played.” A 24-page songbook, published in October 1928, sold out its print run of 10,000 copies; the third print run numbered around 16,000 to 20,000 copies.

One of the ironies of The Threepenny Opera’s success was “that the sleek and the wealthy flocked to the Schiffbauerdamm to hear themselves derided and denounced,” writes Friedrich.

How much Brecht’s socialist message affected Berlin’s bourgeoisie is impossible to determine. In a 1955 conversation with Giorgio Strehler prior to Strehler’s direction of a Milan production of the play, Brecht claimed that one reason it had had a strong political and aesthetic impact in 1928 was “the fact that the top stratum of the bourgeoisie was made to laugh at its own absurdity. Having once laughed at certain attitudes it would never again be possible for these particular representatives of the bourgeoisie to adopt them” (Bertolt Brecht’s Dreigroschenbuch, 1960). 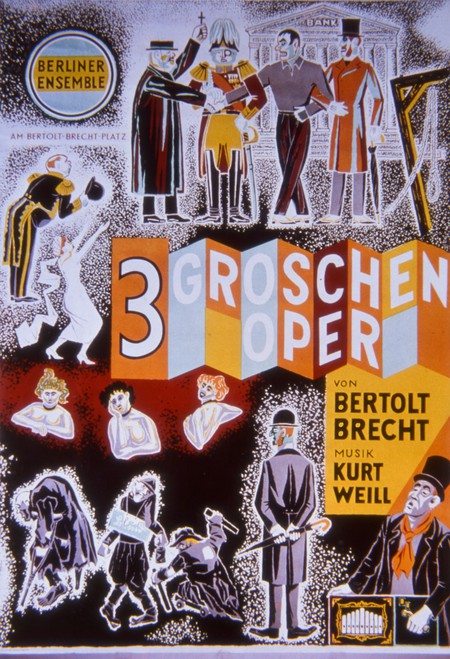 In reality, this seems unlikely. The play “undoubtedly appealed to the fashionable Berlin public and subsequently to the middle classes throughout Germany,” says Roessler, “and if it gave them an increasingly cynical view of their own institutions it does not seem to have prompted either them or any other section of society to try to change these for the better.”

Roessler continues, “The fact was simply that ‘one has to have seen it,’ as the elegant and cosmopolitan Count Kessler noted in his diary, after doing so with a party that included an ambassador and a director of the Dresdner Bank.” One wonders what that banker thought of Macheath’s line, “What’s breaking into a bank compared with founding a bank?” – the point being that capitalism is more evil than crime.

Five years after The Threepenny Opera rocked Berlin, Hitler’s National Socialist party came to power, supported by captains of industry, the elite, the broad middle class and the petty bourgeoisie. Four weeks later, on 28 February 1933 (the day after the Reichstag fire), Brecht and his actor wife, Helene Weigel, fled Berlin; Weill, who was Jewish, and his actor wife, Lotte Lenya (whom The Threepenny Opera had made a star), also left; both couples spent the war years in America. The Nazis banned Brecht’s plays and burned his books. 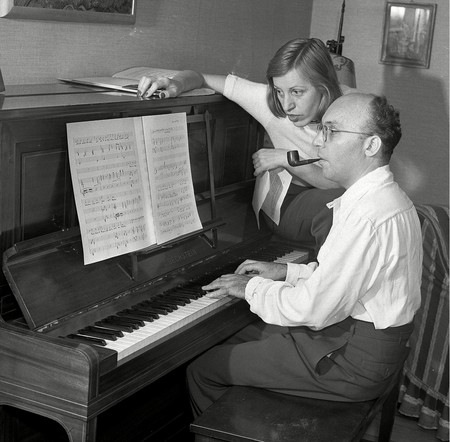 In 1945, The Threepenny Opera was revived at the Theater am Schiffbauerdamm, which had been bombed. Wolf von Eckardt, a Berliner in the US Army who went on to become a critic for The Washington Post, recalled following audience members, mostly Soviet soldiers, through a tunnel to “the auditorium which had red, upholstered seats but no roof… Despite the open air, there was that peculiar smell, that smell of Germany’s defeat – part soapless humanity, part cold ashes, and part… there were still bodies under that rubble… Then Kurt Weill’s familiar music struck up. It had never moved me so much.”

During the interval, Von Eckardt went backstage and learned that many of the actors were newly released from concentration camps. One of them told him that the first play they wanted to do was The Threepenny Opera. “I suppose we all felt that doing Brecht again was like pinching your ear,” he said. “If you could do that, it is true. The nightmare is over.” Brecht and Weigel’s Berliner Ensemble adopted the theatre as its home in 1954. 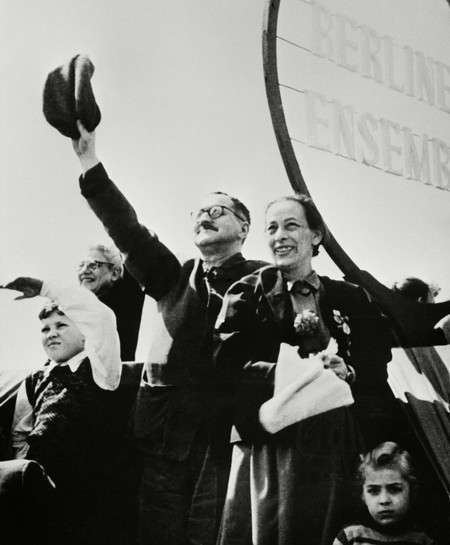 Bertolt Brecht and his wife, Helene Weigel, the founders of the Berliner Ensemble | © Sovfoto / Universal Images Group / Shutterstock
Give us feedback