Why is Everyone So Obsessed with Adidas in Berlin? 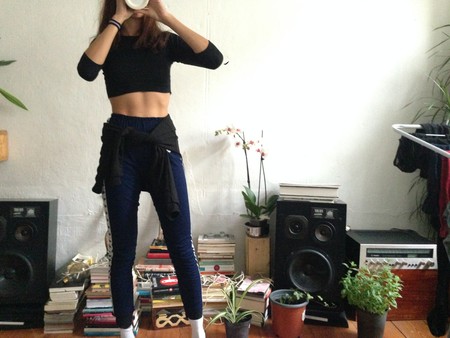 In all of the major cities, it appeared that Nike was taking the lead over many of the high-end designer names. It was once a major no-go to show up to a museum or gallery opening in any kind of casual wear. Then, what seemed to be out of nowhere, gallery-goers and even gallery owners started showing up to work and shows in their well-cut suits, and as your eye casually skated downward, you caught the unexpected, brand new Nike sneakers. But, let’s not spend too much time deconstructing the Nike trend, because Nike was then and Adidas is now, at least in Berlin it is.

The common path for fashion trends these days seems to be recycling trends of the past, particularly the ’80s, but even more notably the ’90s. It didn’t take very long for the tattoo necklace choker to come back in style—every 12-year-old girl wore it in the ’90s and now they’re wearing it again, surprisingly, 30 years later. That’s an almost cringe-worthy amount of time. Never mind the time lapse, forever mind the Adidas comeback.

Just to be really clear here, we’re talking Adidas track pants and nothing more… for now. For those of us who were always rooting for the underdog, we’re happy to see Adidas take the lead at some point in fashion history, but who would have expected it would take this track (get it?) in, of all places, Berlin. If you’re wondering who to credit for this popularized fashion, well so are we. It would be easy to credit hip-hop culture, since they are usually setting the trends without receiving the proper credit they deserve, but it’s hard to track fashion facts, we’re just here to state our observations. 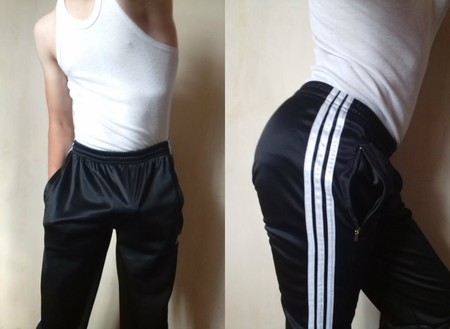 Yup, Athleisure is officially a thing in the fashion world, or at least that’s the name they are pinning this trend with. In a way, they are belittling the trend by throwing the Adidas track pants into the same category as leggings and other gym attire. Maybe the supermodels who are now flaunting the Athleisure trend are satisfied with the label, but many Berliners wearing this trend wouldn’t necessarily agree with the tag. Probably because most Berliners wearing Adidas pants are coming down from a Berghain weekend and not a long day at the gym, but by now the trend has spread so speedily that who knows? Maybe some of these Berlin locals are coming down from a marathon. 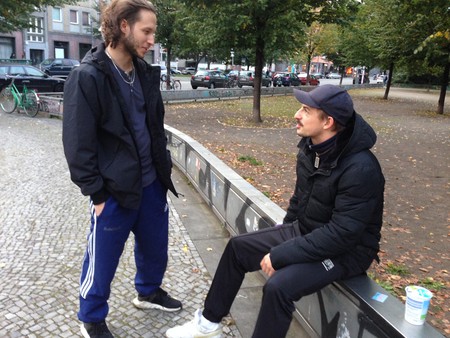 These track pants seem to come with no rules on the label, so we’re going to guess anything goes, as long as it goes, you know? What’s especially noteworthy about these pants is that they are a unisex trend, and the guys and girls are wearing them tight or loose. Don’t forget this city is all about freedom—that means you’re free to wear them as tight or baggy as your fashionable heart desires.

Some Berliners are pulling off the complete track suit, and some, well, aren’t. Most are wearing these Adidas pants with anything but Adidas shoes, some with boots, others with nondescript black or overused and abused sneakers. Of course it’s still Berlin, and many are staying true, or mostly true, to their commitment to all-black, and therefore wearing a black belly shirt, a black pullover, or a black army bomber jacket to finish off their fashion-forward look.

Adidas Berlin | Courtesy of Dayna Gross
Give us feedback