"The idea was that you'd fall in love with Nico," says director Susanna Nicchiarelli 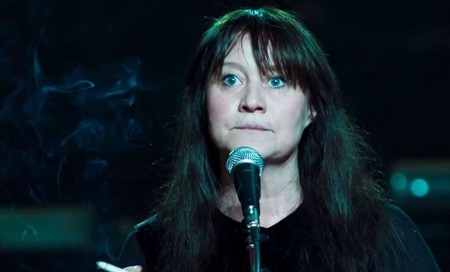 Nico, 1988 is the best rock music biopic for years. Writer-director Susanna Nicchiarelli tells us about her journey with the mercurial singer.

What was it like to be Nico (1938-88) at the end of her career? In Susanna Nicchiarelli’s irresistible Nico, 1988, Danish actress Trine Dyrholm is transfixing as the German chanteuse: no longer the svelte Warholian model-actress who sang on the first Velvet Underground album but an unwashed, dyspeptic anti-diva. A hopeless heroin addict, guilt-ridden because her son Ari (Sandor Funtek) suffers the same affliction, Nico leads her scrappy band on an Eastern European tour that produces gigs both shambolic and searing.

What’s remarkable about Nicchiarelli’s filmmaking and Dyrholm’s Oscar-worthy performance is that they make it easy to empathize with this all-too-human rock ‘n’ roll witch. If you don’t come away from the movie adoring Nico, you haven’t really watched it. Here are Nicchiarelli’s thoughts about it and the extraordinary woman who inspired her. 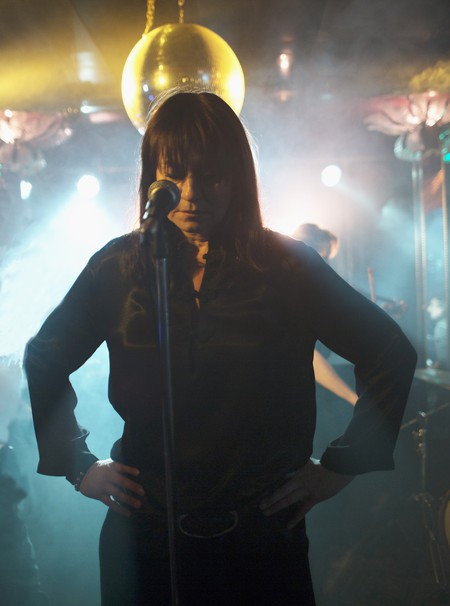 Culture Trip: Where did your interest in Nico begin?

Susanna Nicciarelli: It began with listening to the Velvet Underground & Nico album – I think that’s how most people meet Nico. Then I started looking into her career and I discovered her solo work. Desertshore, the soundtrack album she wrote for Philippe Garrel’s film La Cicatrice Interieure, is my favorite Nico album. I like her solo music very much, though at times it is difficult, and at times there are wonderful sounds. I found it interesting that the music she made in the second part of her life was a big influence on the New Wave and the Gothic movements in music. She started a style. It was interesting to me, too, that Nico became more in control of her art and her life the moment she got rid of the beauty issue – the moment she dyed her hair [red] and started dressing in black, baggy clothes. She became something other than the icon that was important for everybody except for her.

CT: Nico reportedly said her beauty had only brought her unhappiness.

SN: But Nico was never really a victim. She was a very strong woman. She used her beauty to start eating again after the terrible deprivation that followed the end of the war. By modeling at the KaDeWe [department store] in West Berlin, she was able to feed her family. Beauty was an instrument for her. At the same time, she was never totally at ease in her body or with her superstar image. She was much more so after she got rid of it. Then she was comfortable in her shoes. It takes time to find yourself. 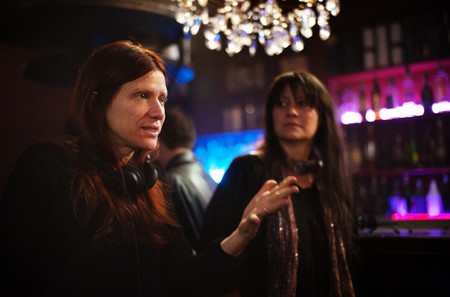 Director Susanna Nicchiarelli and Trine Dyrholm on the set of "Nico, 1988" | © Magnolia Pictures

CT: The movie suggests Nico wanted to disassociate herself from the Velvet Underground.

SN: That’s a little unfair. I don’t think she denies the importance of the Velvet Underground’s music. She plays it in her concerts. What she doesn’t like is that journalists and everybody else think that was the only interesting thing she did. She was quite proud of having participated in the Velvet Underground, but she hadn’t written their music, and to her the most important part of her life was her solo career, which is understandable because she wrote and performed a lot of important stuff. She naturally expected journalists interviewing her to know about that.

CT: The film’s opening – where she’s listening to the bombing of Berlin – is very powerful. Nico grew up listening to the sounds of death and then chased those sounds throughout her career. The Marble Index, for example, is quite a suicidal album. Do you think she channeled a death wish in her music?

SN: I think she was a very lively person, actually. Her son Ari said to me he thought he was going to die before she did. She liked eating, she liked men, she liked living her life. She had a way of not indulging nostalgia, but of demanding to be seen and understood in the present, physically and artistically. Of course, she had drug issues, and when you’re taking heroin, you’re dealing with death all the time. It was an addiction she had for dealing with her issues, but I don’t think it was a death instinct. Yes, she played around with death in her music a lot. She also dealt with war, defeat, humiliation as a German. 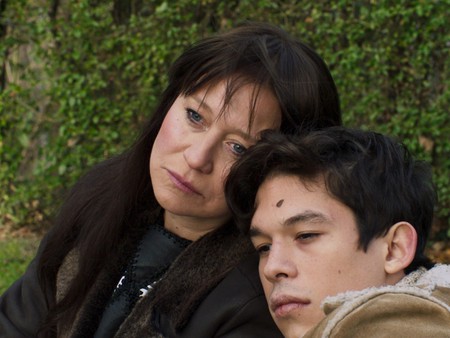 CT: How affected do you think she was by the loss of her father?

SN: It’s difficult to understand people’s lives and to talk about cause and effect. I don’t consider myself a Nico expert. I am a director who was inspired by this character to make a fiction movie about her with an actress who doesn’t particularly look like Nico – and to try to pull out something universal from her story that everybody can relate to. It’s very sad how she lost her father. The documentary [Nico/Icon] says he had probably been mentally disabled by his war injuries and was then killed by the Nazis because they found him useless. Nico made up lies – which I put in our film – about her father being in the Resistance and saving Jews. Every time she met a Jew, she felt she had to say something about the Holocaust. She was ashamed of what had happened in Nazi Germany and the fact that her father had just been a regular soldier and not a hero.

CT: Thanks to Trine Dyrholm’s performance, we fall under Nico’s spell. How did you go about working with her?

SN: I can’t stand the way in most biopics you’re expected to identify right away with the character. I didn’t want to force the audience to identify with Nico immediately, but to build the character slowly with the camera and Trine’s performance. The idea was that at some point you’d fall in love with Nico because she was an intelligent, ironic woman who had her reasons for doing things. Trine helped me a lot with that. 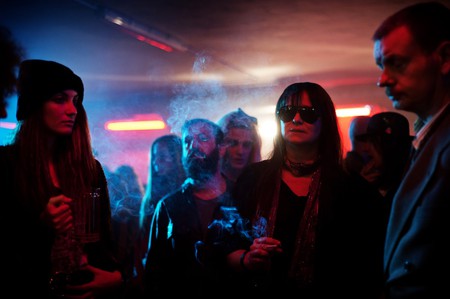 CT: Nico’s tour manager Richard [John Gordon Sinclair] also falls for this aggravating but incredibly charismatic woman, and in that way he becomes the eyes of the audience.

SN: That’s exactly why I put Richard in the film. Ari would say about his mom, “She was a star,” and I put that line in the movie. Dealing with stars is always difficult for normal people. Laura [Karina Fernandez as Richard’s associate] says, “I hate her music” [laughs]. It’s a way of getting people in the audience to relate to other characters in the film while approaching Nico. I think that after her performance in Prague, not only does the film’s audience forgive the horrible things Nico’s done up to then, but Richard, Laura, and the other characters around her start to see a difference in her.

CT: Do you think Nico was happy at the end?

SN: Yes, I think so. That’s what her manager Alan Wise told me – the character Richard is based on – and what Ari told me. My feeling is that those were actually the best years of her life.