All You Need To Know About The Humboldt Forum, Berlin’s Newest Museum

Not only does Berlin have an eventful history, but this city also has an abundance of different museums dedicated to exploring all the historical periods of the past. From the launch of a new techno music museum to a whole slew of rather quirky exhibitions, there’s always something fresh to check out in the city. Next on the docket is the Humboldt Forum, a museum dedicated to understanding Berlin’s role in the international arena.

One thing that’s also certain about Berlin is that it is indeed a metropolis with a rich international character. Paul Spies, the Humboldt Forum’s curator, feels that it is time that the city memorialize this fact in a way that offers a platform for learning and studying the city’s many influences.

The museum is scheduled to open in 2019, and it will be called the Humboldt Forum after the prominent 19th-century reformer, Wilhelm von Humboldt and his brother, Alexander, a famed geographer. The museum will be built on the site of the historic palace of Berlin, representing a union of past and present. 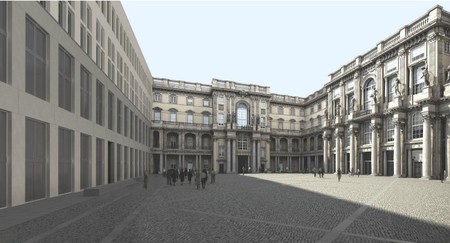 The second and third floors will be designated for displaying artwork from many different countries around the world, as a symbolic testament to the way many cultures have interwoven themselves throughout Berlin.

The first floor will be curated by the City of Berlin, and will likely feature successive temporary exhibitions, organized around the concept of ‘Berlin and the World.’ This means that the exhibits will explore the ways that Berlin influences the international community and vice versa. Some themes that are expected to be explored within the Berlin and the World exhibition series include fashion war and the arts.

The museum, of course, won’t shy away from acknowledging the ways the Berlin has negatively influenced the world through inciting war, imperialism, genocide, and other forms of violence throughout its history. Yet artistic director, Neal MacGregor wants to present a comprehensive and multifaceted view of the city, including the ways that its contributions to the global community have been beneficial, with particular focus on the arts, theater, and dance. He even hopes that one of the rooms of the museum will serve as a place where visitors are invited to perform. 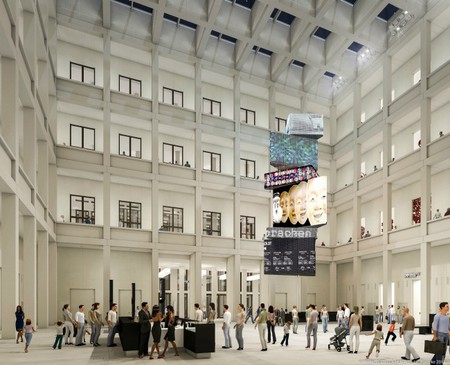 Third, the museum will be a chance to assess the way that innovations have come to Berlin from abroad. Many talented people flock to Berlin each year to create and contribute to it culturally and economically. In fact, the role that international migration plays in Berlin is undeniably an inextricable part of the city’s growth and character over the years. The people behind the creation of this museum plan to capture the significance of this factor of Berlin in an ever-globalizing world. What sets the Humboldt Forum apart from other museums in this regard is that it will contextualize these patterns of migration through history.