The History Of Tiergarten In 1 Minute 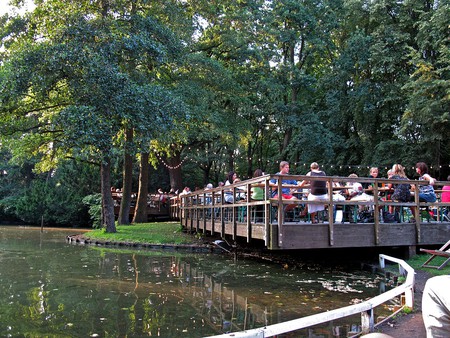 Any Berliner can tell you that Tiergarten, on the edge of Mitte, is the biggest and most important park in the city. With roots reaching as far back as the 16th century, Tiergarten has long loomed large in the city’s consciousness as a place to meet, as well as offering some much needed green space in Berlin.

Tiergarten was the hunting ground for the King in the 16th century; at the time, it was outside of the city walls in Cölln. Once favored by the King, however, the area was massively expanded, even past the current site (a huge 210 hectares). By the 17th and 18th centuries, Friedrich Wilhelm I felt the need to make changes. As part of an ambitious plan to improve the city, including the main boulevard Unter den Linden, he erected a number of structures in the park that remain today, like the Große Stern, today the site of the Siegessäule. However, it wasn’t until his successor, Friedrich Wilhelm II, came to the throne that the park became a public space. Not an avid hunter, the King opened the park to the public in 1740. In 1742, he instructed the architect Georg Wenzeslaus von Knobelsdorff to remove the fences that surrounded the territory and to turn the park into a Lustgarten – a pleasure garden – with mazes, fountains and alike. By the 19th century, fashions had changed, and von Knobelsdorff’s design had fallen from favor. In its place, a scenic garden was designed, which allowed for more footpaths, open spaces and man-made lakes with islands. 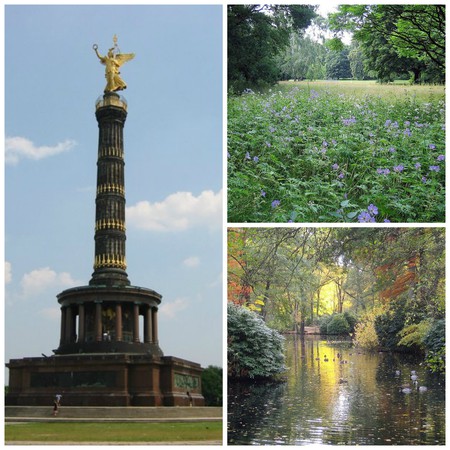 During the Nazi regime, there were considerable plans for further changes to Tiergarten, in line with Hitler’s work creation program. One of the most significant changes was the remodeling of the then-Charlottenburger Chaussee. The Nazi regime widened the road to the impressive 53-meter-wide boulevard it is today and renamed it Straße des 17. Juni. The park was badly damaged in the Second World War, and many historical statues and features were destroyed.

Today, Tiergarten is, save for Tempelhofer Feld, the largest public space in the city and is well served by S-Bahn connections to the rest of town. Tiergarten remains one of Berlin’s most famous landmarks.