The History Of The Konzerthaus Berlin In 1 Minute 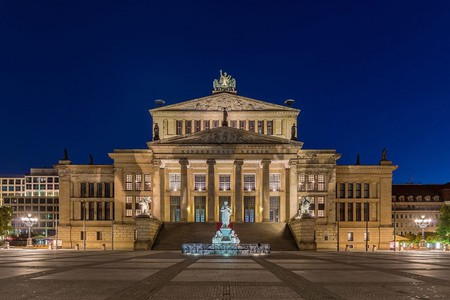 The Konzerthaus, or the Schauspielhaus as it used to be known, is no different than what its phonetics suggest: it’s a concert hall in Berlin. With roots that date back to the 19th century, this building has sported many different names, but has always delivered on the musical front. Located in the heart of Berlin, this culturally significant emblem is fecund with aesthetic integrity and historical relevance alike.

The first concert hall in Berlin was actually located in Friedrichstadt (a suburb of the city), but was sadly destroyed by a fire in 1817, just shortly after its opening in 1802. A new hall was to be designed and be located more centrally. Karl Friedrich Schinkel was the man chosen for the job, and rightfully so as he is the architectural pioneer for many of the neoclassical buildings in Berlin. It was called Königliches Schauspielhaus, and it graced the world with its presence on June 18, 1821. It became a cultural hotspot and even housed the Prussian National Assembly during the 1848 revolution. 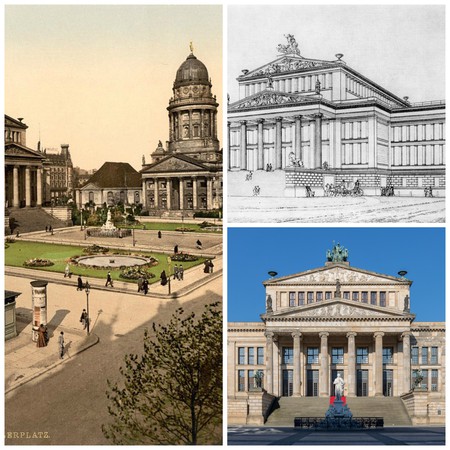 The theater reopened under the name of Preußisches Staatstheater Berlin shortly after WWI had ended, under new direction. The director Leopold Jessner helped skyrocket the concert hall into one of the most prominent theaters of the Weimar Republic. His successor Gustaf Gründgens also carried on this tradition, though half-heartedly. Then the Nazi takeover happened, followed by WWII, during which Berlin suffered a great deal of devastation. The building suffered damage from the Allied bombings and was left in ruins.

The building was eventually rebuilt some decades later to specifically house the performances of the Berliner Sinfonie-Orchester. In the reconstruction, much of the original architectural theory was upheld, and Schinkel’s original design was lauded in its building. Outside the concert hall are many statues of famous composers, and inside is a famous four-manual pipe organ. Its interior acoustics are astounding and help bring Konzerthaus Berlin to the top of the list when it comes to the best concert halls in the world.