The History Of The East Side Gallery In 1 Minute 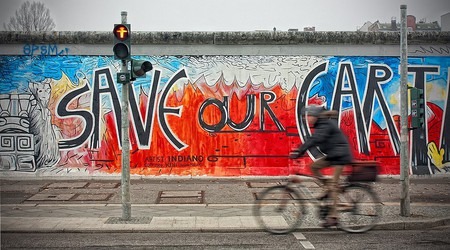 The East Side Gallery might be a ‘newer’ addition to the slew of Berlin attractions, but one that might draw in the most crowds. Its 1,316 meters in length making it a pretty sizable open air gallery, if not the longest one in the world to date. The East Side Gallery stands in celebration of freedom after so many years of segregation and oppression, and is one of Berlin’s most authentic landmarks.

After the wall was taken down, artists from around the world were invited to immortalize as well as to re-appropriate the wall with their colorful and inspirational renderings. With over 100 artists invited to contribute in commemoration of freedom and the end of an oppressive era, the wall boasts an impressively prismatic landscape. The pictures range from Honecker and Breschnew necking intimately to the quintessential GDR babe mobile, the Trabant, bursting through the concrete. 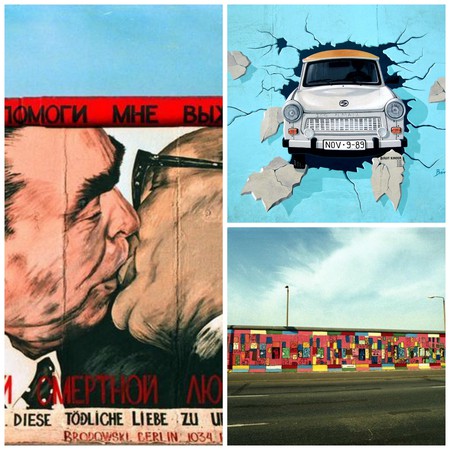 Conveniently located by the Spree on Mühlenstraße in Friedrichshain, it has become an unmissable destination for tourists. The artists were invited to paint on the east side of the wall, a side of Germany that was once hindered in its expression and freedom. As a real section of the East’s inner wall, the East Side Gallery is a true historical palimpsest. Guards used to patrol this part of the wall on foot as well as in boats on the river Spree. The gallery was the brain child of two merging artist associations: EBK and VBK. This collaboration made one of the most visited and treasured landmarks in Berlin possible.

Sadly, over the years, the wall became tarnished by time and vandalism. By 2009 it was in desperate need of a facelift and a facelift is what it got. This didn’t just mean renovations by one person or group, but by the artists who had original gifted their work. Each painting on the East Side Gallery harkens back to the time of the wall, acting as a remembrance of when freedom wasn’t such a tangible or achievable idea. Over 800,000 people come to East Side Gallery every year. Pieces of the gallery had been moved to make room for a passage to the O2 arena in 2006 and to luxury apartments in 2013. Many hope the gallery has seen its last days of commercial change.